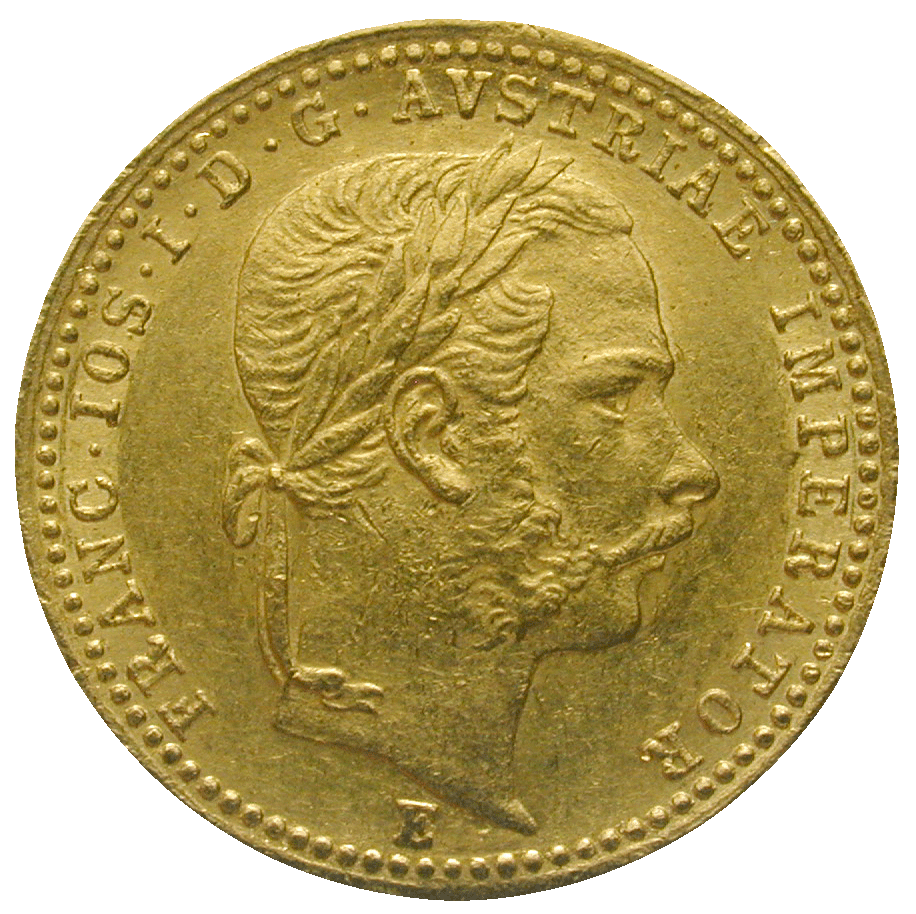 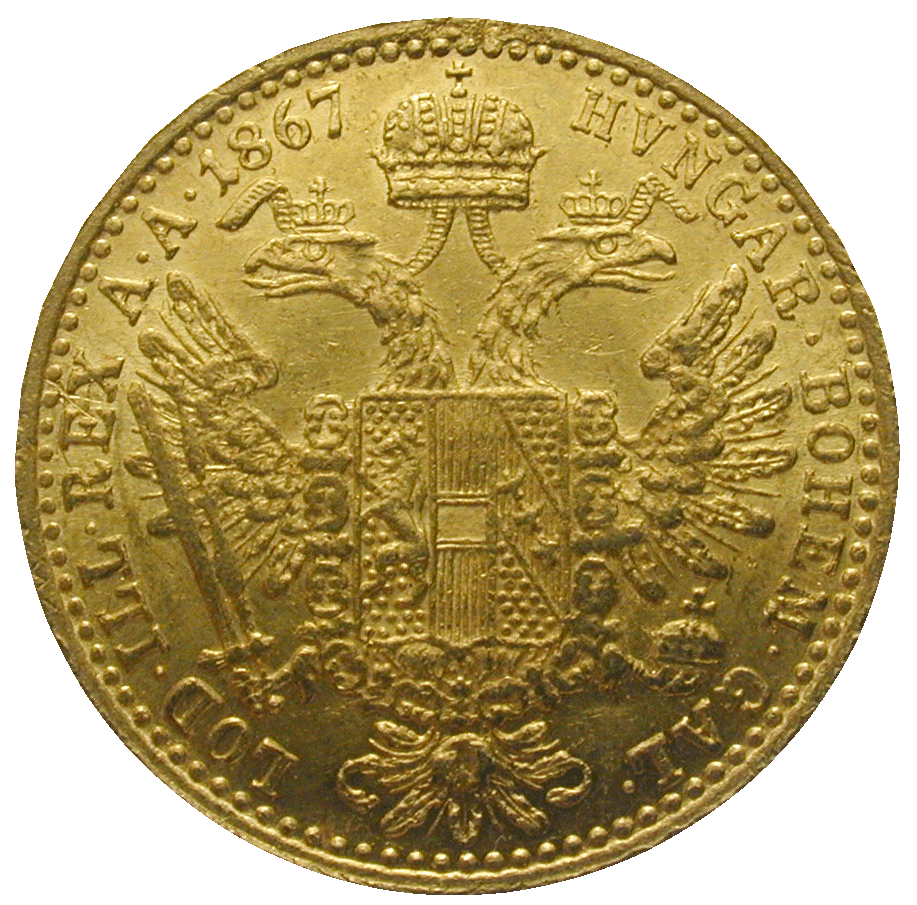 Ducats were issued in Austria for more than 300 years – from at least 1612 to 1914. This piece originates from the reign of Emperor Francis Joseph I (1848-1916) und was minted in 1867 in the Transylvanian city of Karlsburg. That year, Hungary became an equal part of the Dual Monarchy of Austria-Hungary. Francis Joseph I now called himself coequally Apostolic King of Hungary and Emperor of Austria: FRANC IOS I D G AVSTRIAE IMPERATOR it says on the obverse of this coin, Francis Joseph I, Emperor of Austria by the Grace of God. The reverse reads HUNGAR BOHEM GAL LOD ILL REX A A, Apostolic King of Hungary, Bohemia, Galicia, Lodomeria and Illyria.