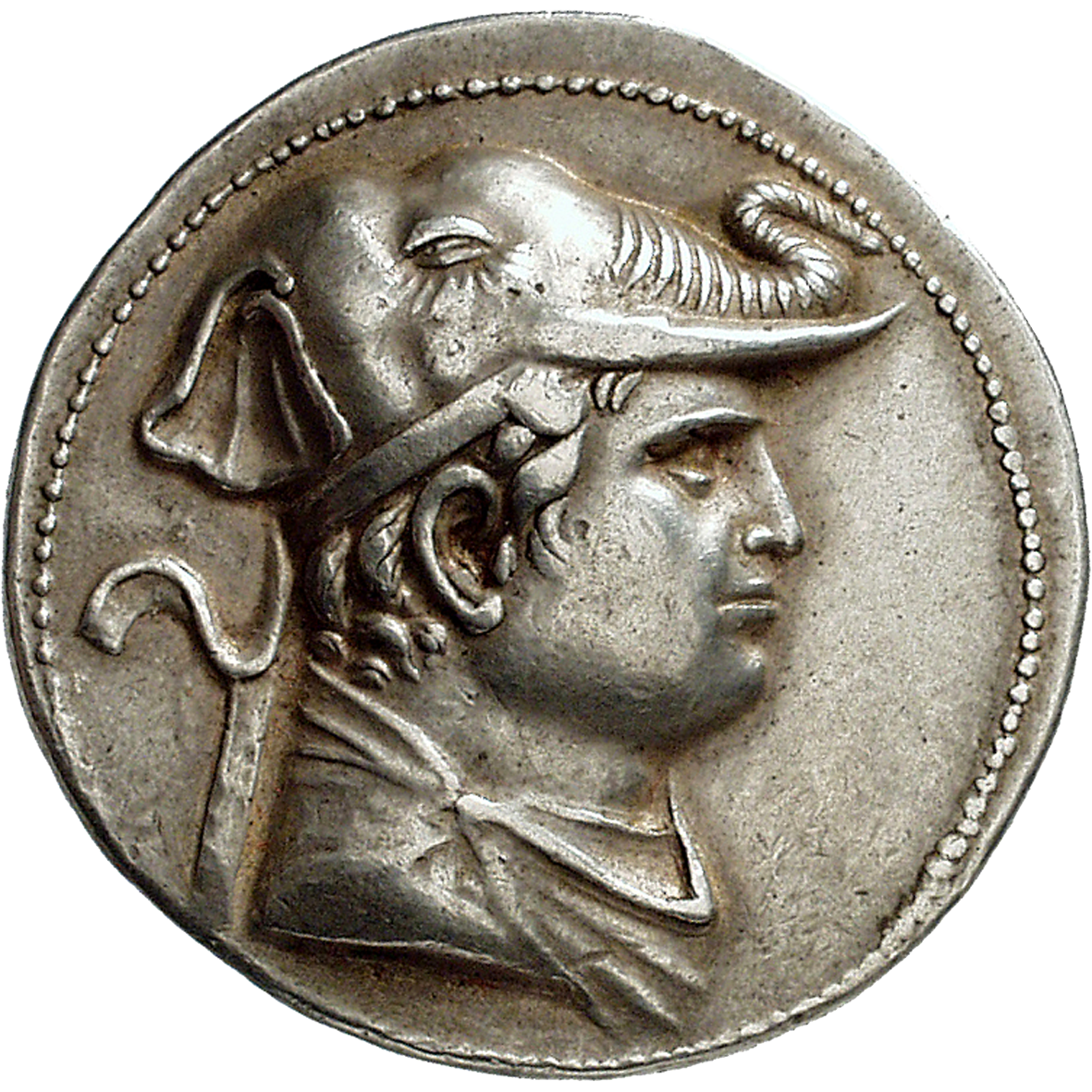 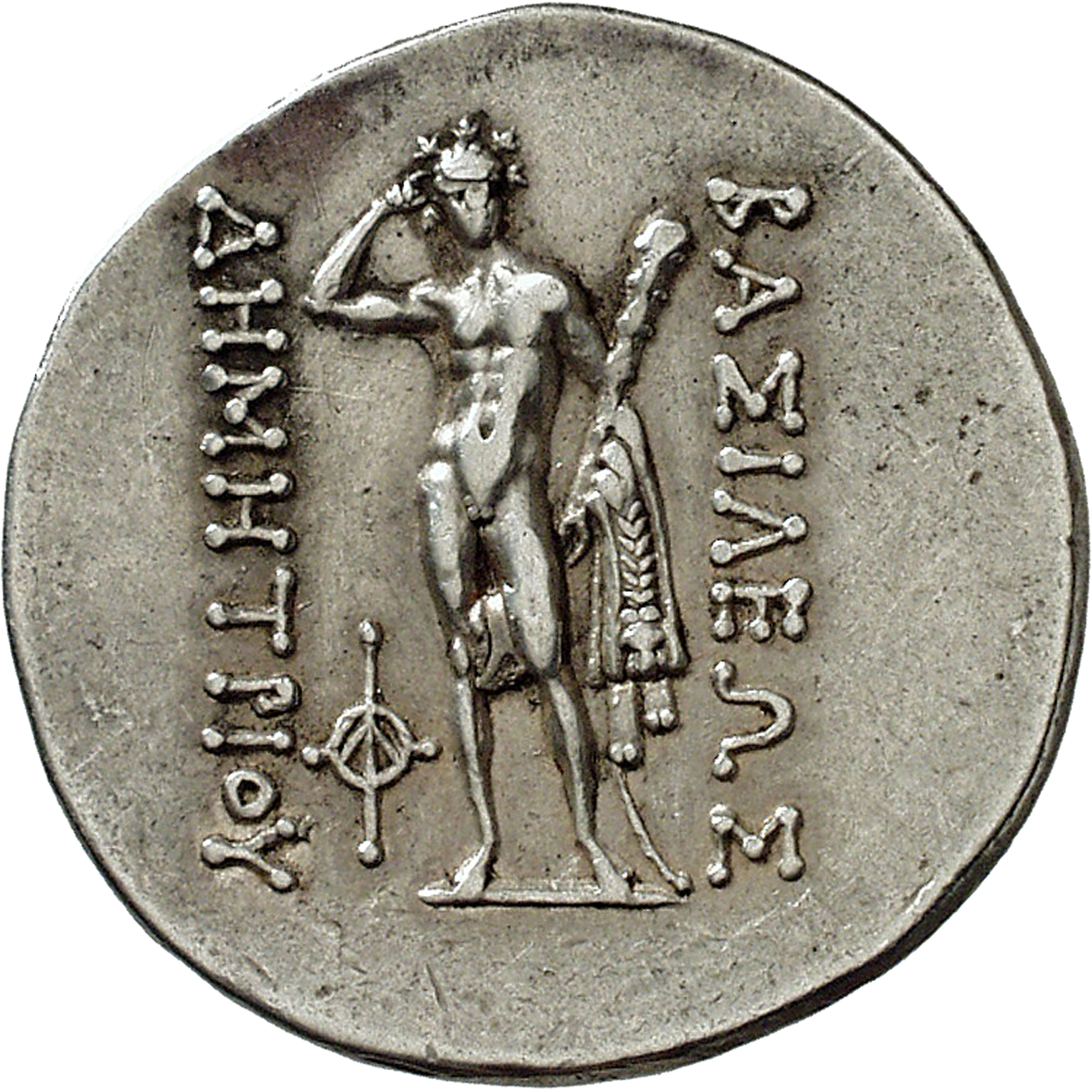 This tetradrachm shows Hellenistic culture at its best. The obverse shows King Demetrius I (c. 200-180 BC) wearing an elephant scalp. This peculiar headgear alludes to Demetrius' conquest of India. Demetrius obviously felt he was the successor of Alexander the Great. Unquestionable Greek influence can also be seen on the coin's reverse, which shows the Greek hero Heracles, and the Greek inscription 'Basileos Dimitrioy', 'King Demetrius'.

Tetradrachms of Bactria were famous for their wonderful royal portraits. They look so modern that one might think the coins had been minted in the 18th century.