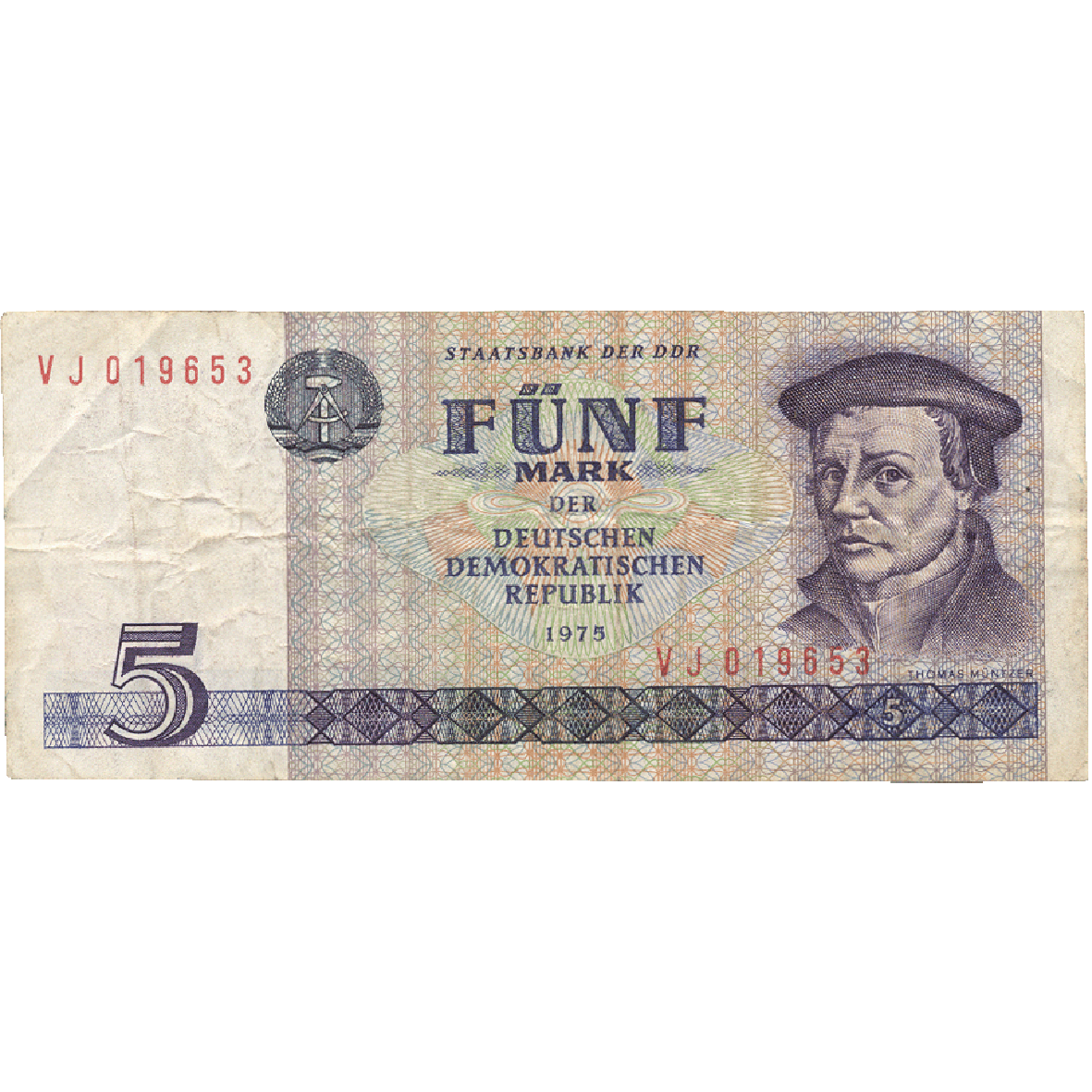 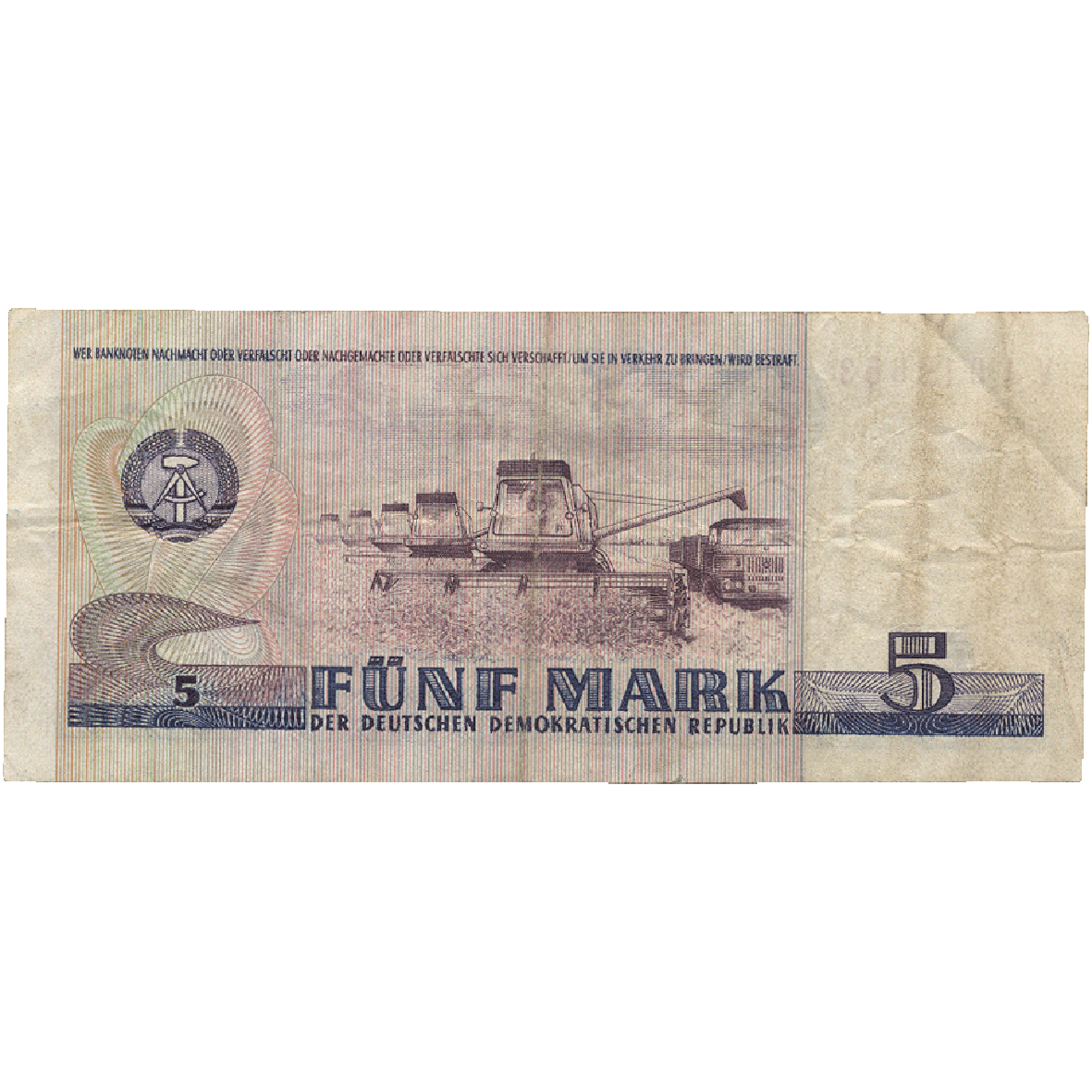 The GDR 5 mark banknote circulated from 1975 until 1990. It's obverse bore the image of the reformer Thomas Müntzer (*c. 1488, †1525). The reverse showed several harvesting machines, thus highlighting the importance of agriculture in the self-proclaimed "Workers and Farmers State" of the GDR. Thomas Müntzer was a pastor and an early adherent of the Reformation. Unlike Martin Luther, however, Müntzer was also a dedicated social revolutionary. In Mulhouse, where he was pastor, he preached the emancipation of the peasants, dissolved the privileges of the nobility, established quarters for the homeless and instituted soup kitchens for the poor. In 1525 he was imprisoned and executed as one of the rebel leaders of the Peasants' War.