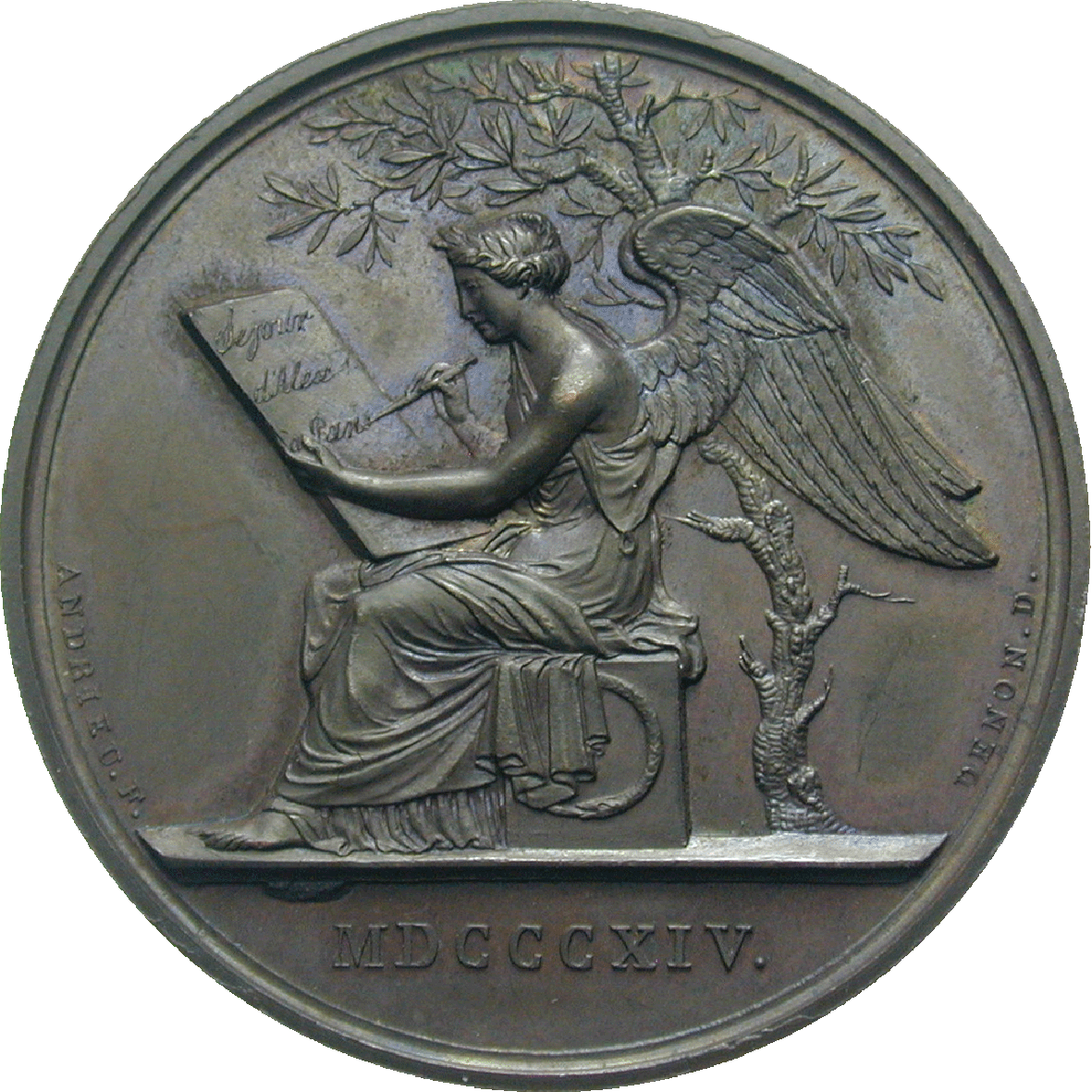 In 1814, the French under Emperor Napoleon I Bonaparte were defeated in the Battle of Paris, the last battle of the Napoleonic Wars, by their allied enemies. Six days later Napoleon had to abdicate and retreat to the island of Elba; his imperial title, he was allowed to keep. The Battle of Paris was waged under the lead of the Russian Tsar Alexander I (1801-1825), who had a personal score to settle with Napoleon: Not even one and a half years before, the French had taken Moscow; during the invasion the city had been burned.

Just as Napoleon had entered Moscow, Tsar Alexander now entered Paris. To celebrate his triumph he had medals struck. The obverse bore his portrait wearing a laurel wreath, an ancient symbol of victory. The reverse depicted a winged genius, in antique Roman religion a personal tutelary spirit. He was writing "Séjour d'Alex à Paris" on a tablet, "Alex' sojourn in Paris." Below the date is given, MDCCCXIV for the year 1814.
1814 n. Chr.
Modern Times589
Medals16
Portraits407
France131