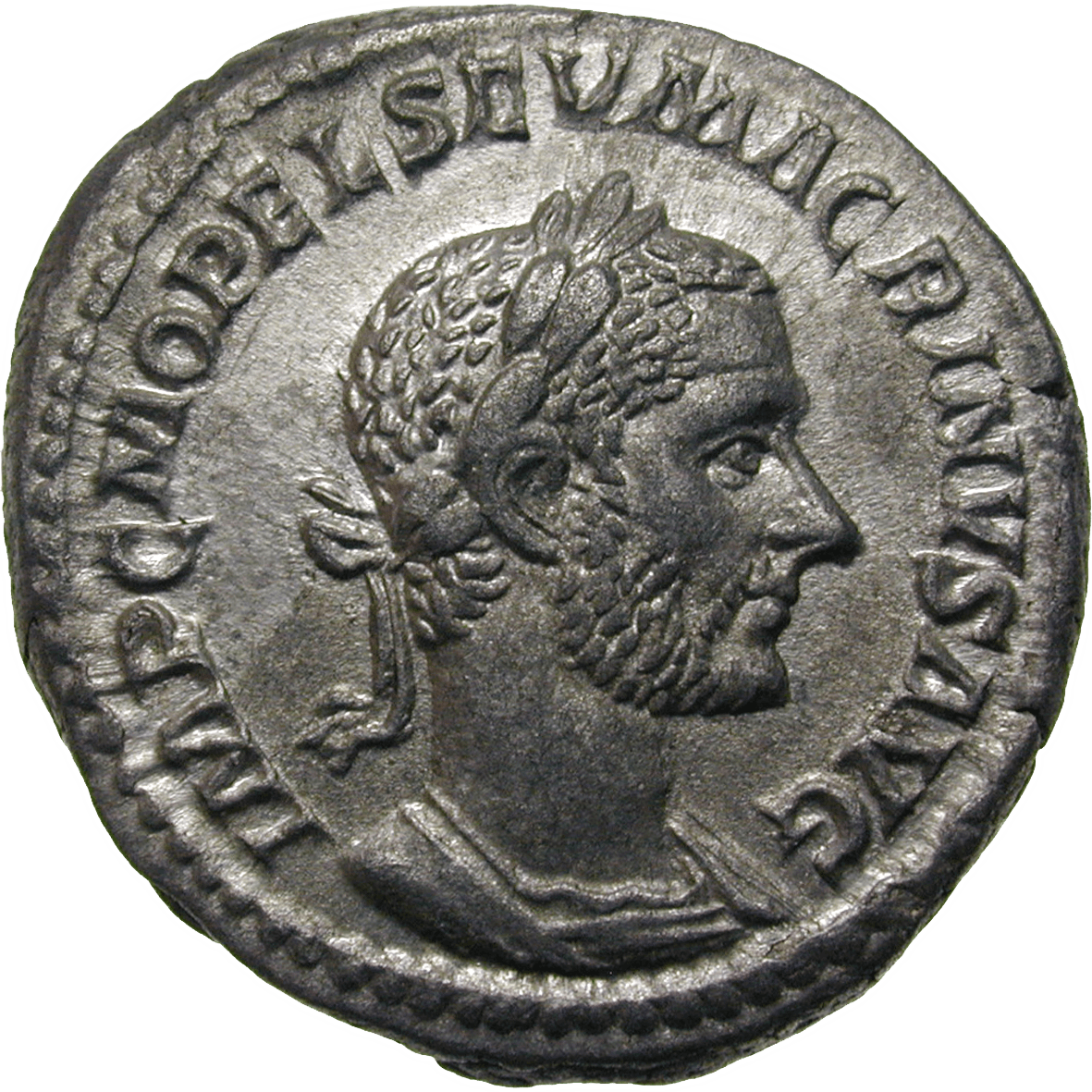 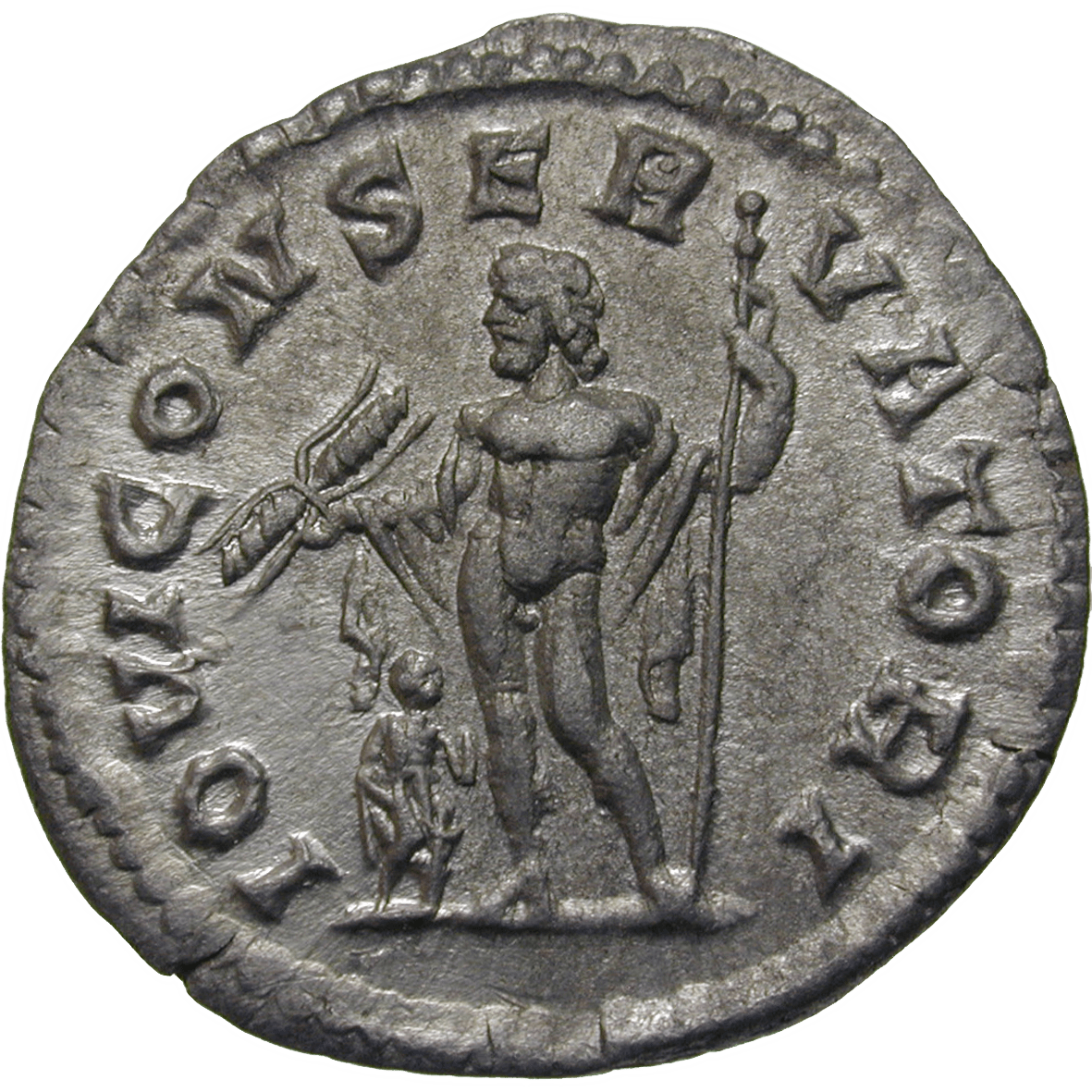 Roman religion was based on mutuality: Men owed the gods devotion and sacrifices, and the gods in turn provided them with protection and assistance. This is why for the Romans the performance of the state cults, for instance for Jupiter, was directly linked with the wellbeing of the Roman state.

On this denarius from the year 217 AD, Jupiter Conservator, Jupiter the protector, guards Emperor Macrinus (217-218) with thunderbolt and scepter.

As the chief Roman god, Jupiter Optimus Maximus had his temple on the Capitoline Hill. The goddesses Juno and Minerva were worshipped there, too. The three formed the Capitoline Triad, the trinity of the main Roman deities. Such divine trinities are known from most mythologies. Christianity transferred this image to the trinity of the Father, the Son, and the Holy Spirit.