Kingdom of Spain, Isabella I and Ferdinand II, Double Excelente 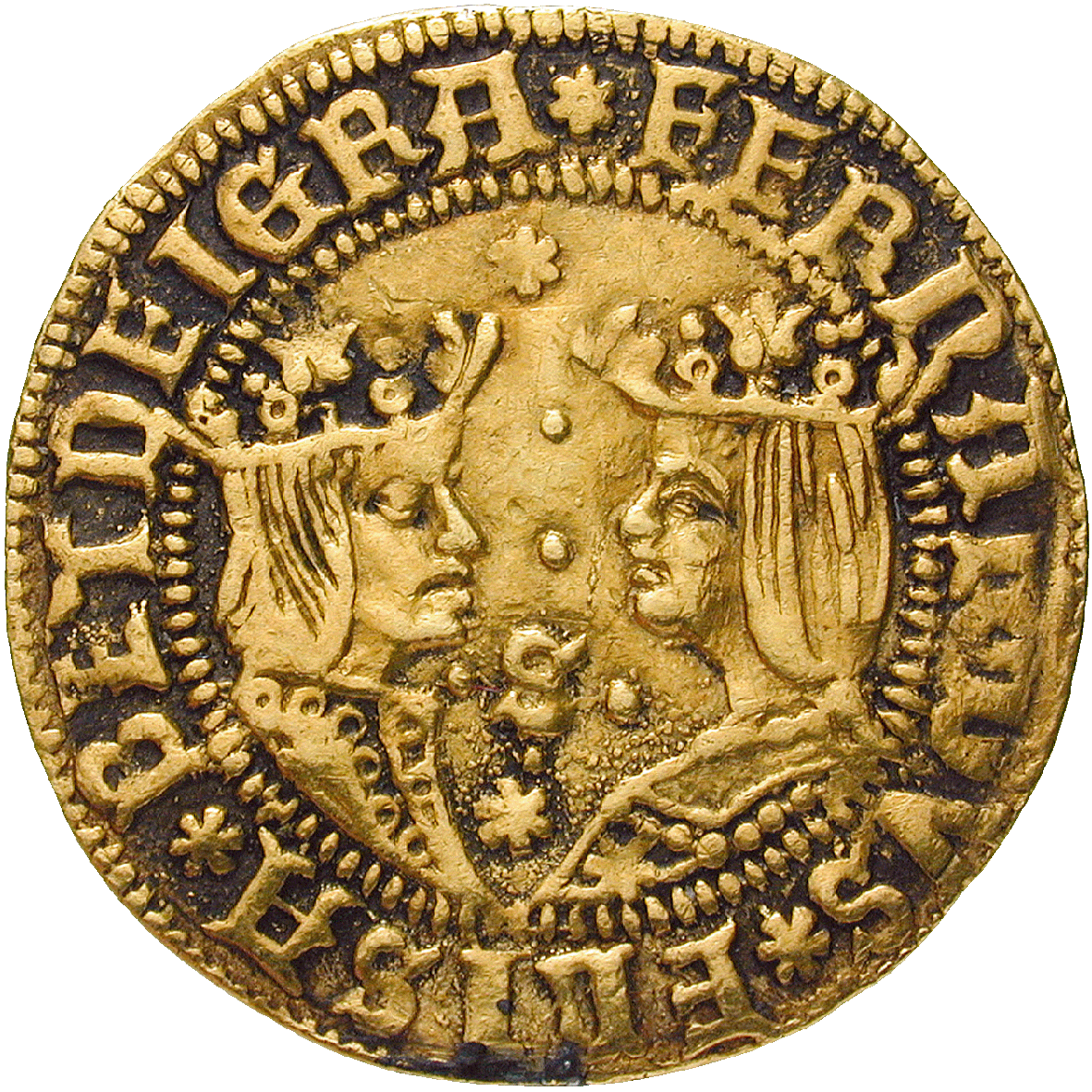 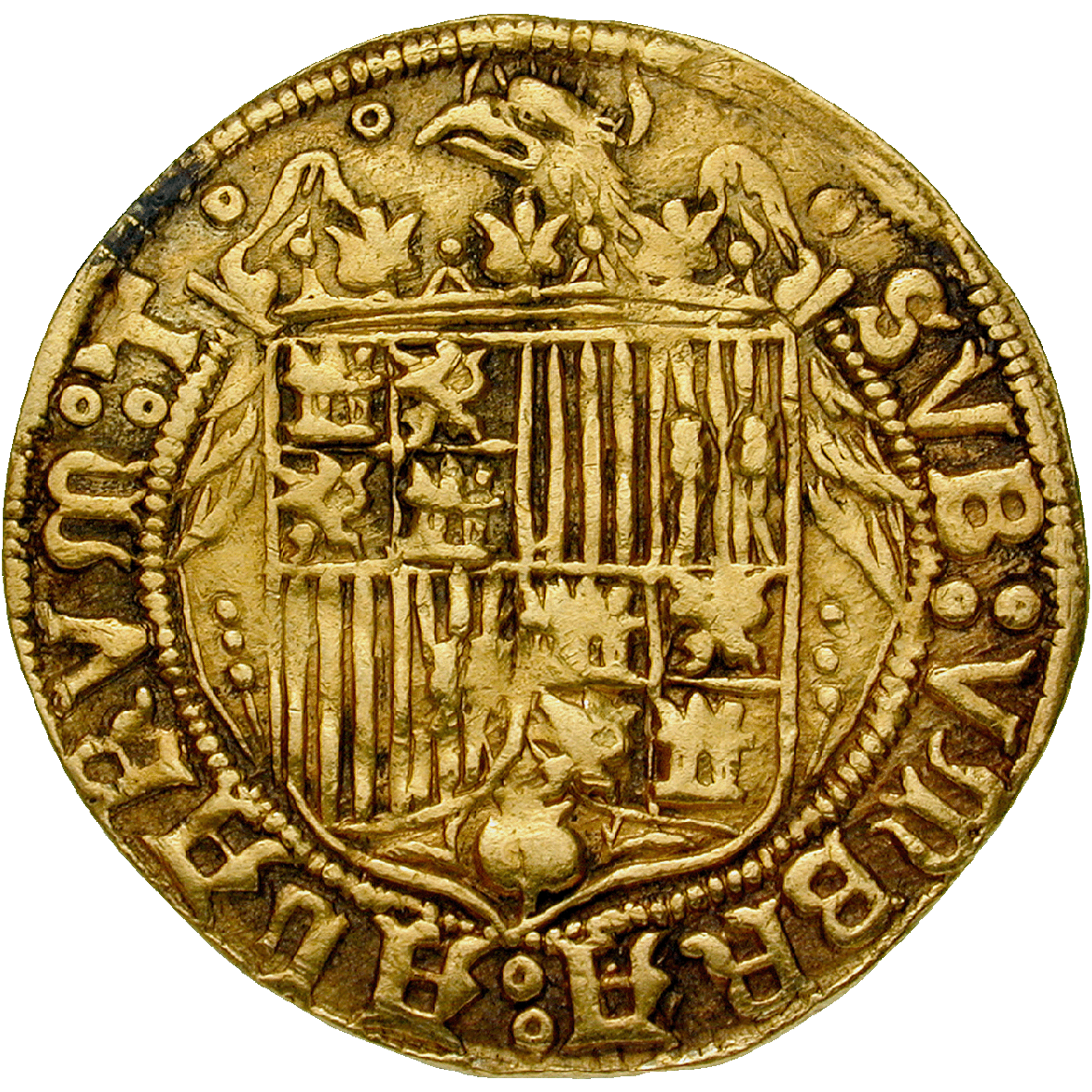 In 1469, a marriage took place in the Castilian town of Valladolid that was to have strong a impact – not just on Spain, but on the entire world. The bride's name was Isabella of Castile and her chosen one was Ferdinand of Aragón, King of Sicily. Later, they became known as the "Catholic Monarchs" (1474-1504). After the union of Castile and Aragón it was essential to align the currencies of the two kingdoms. The excelente de la Granda, modeled after the ducat from Aragón, was made the new gold unit. Half and double excelentes were also struck, and there were even pieces of 50 excelentes.