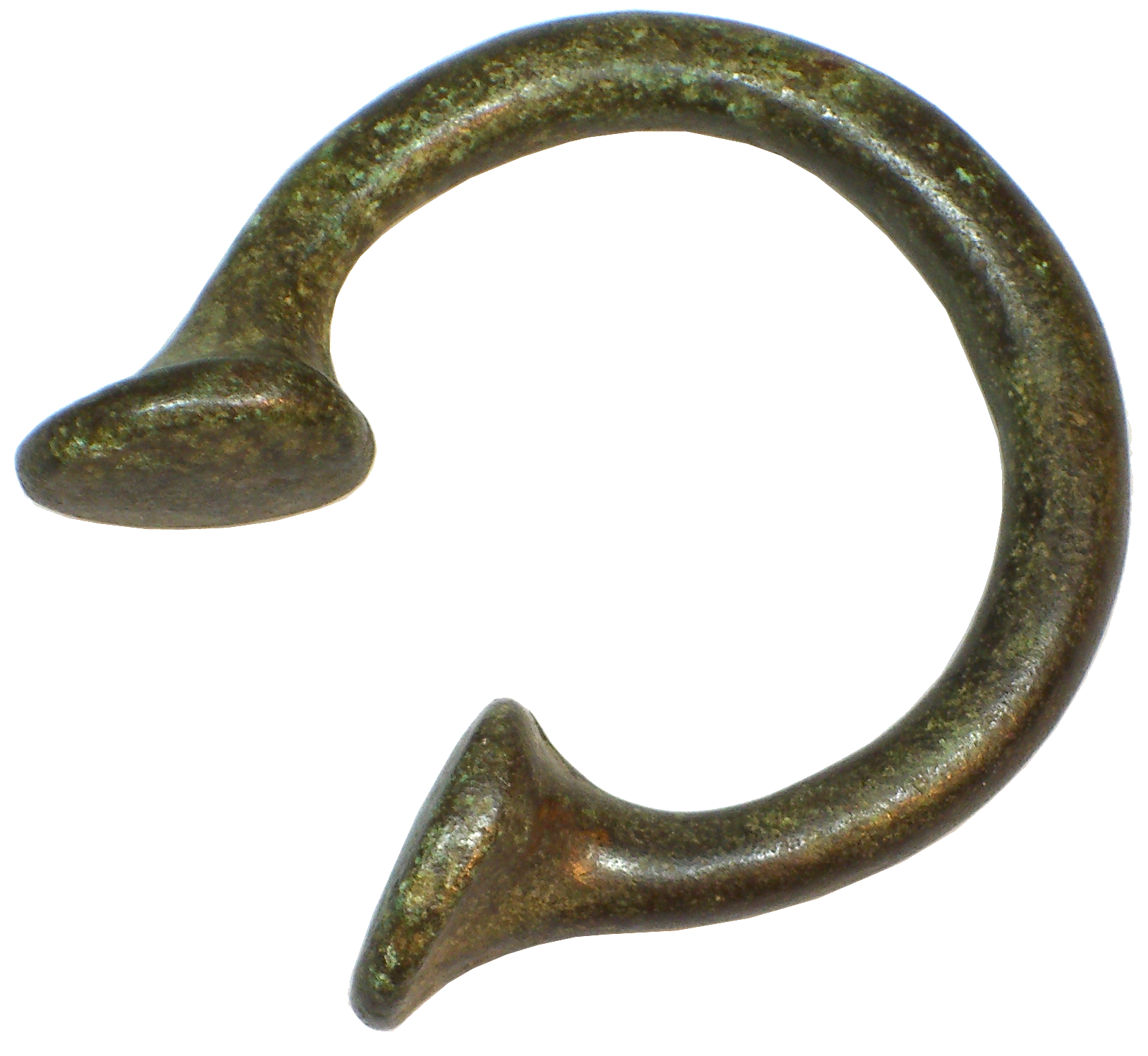 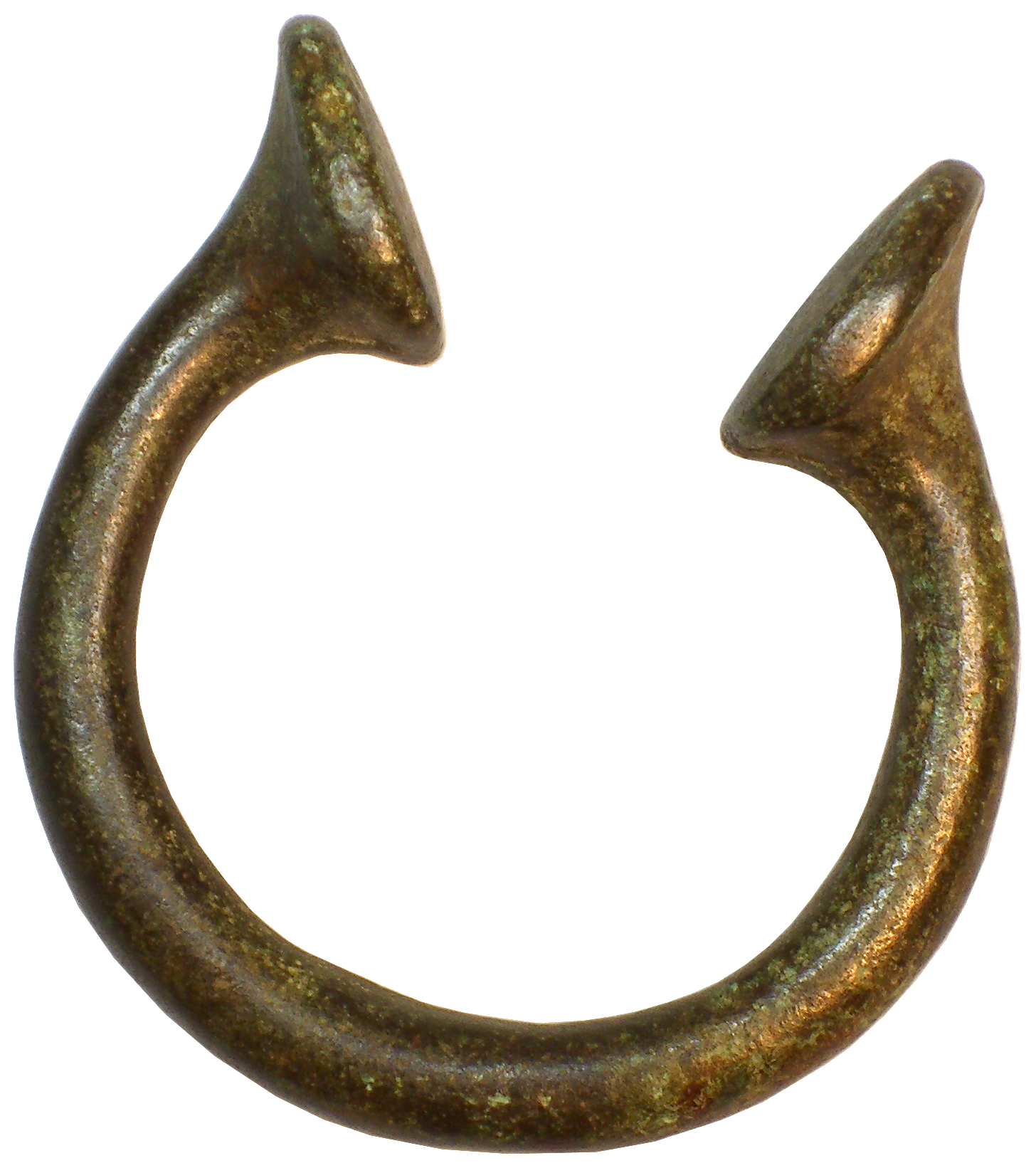 From the 15th century, manillas were used as major currency from the coast on the Gulf of Guinea deep into the African hinterland. They circulated from present Guinea to Cameroon and were especially frequent in Northern Nigeria. To exchange them for African slaves and goods, the Portuguese produced and imported manillas themselves. French, Dutch, Germans and Brits soon started to do the same. In the 18th century the latter brought so many manillas from England to West Africa that the so-called Birmingham manillas set off inflation. This piece is such a Birmingham manilla.