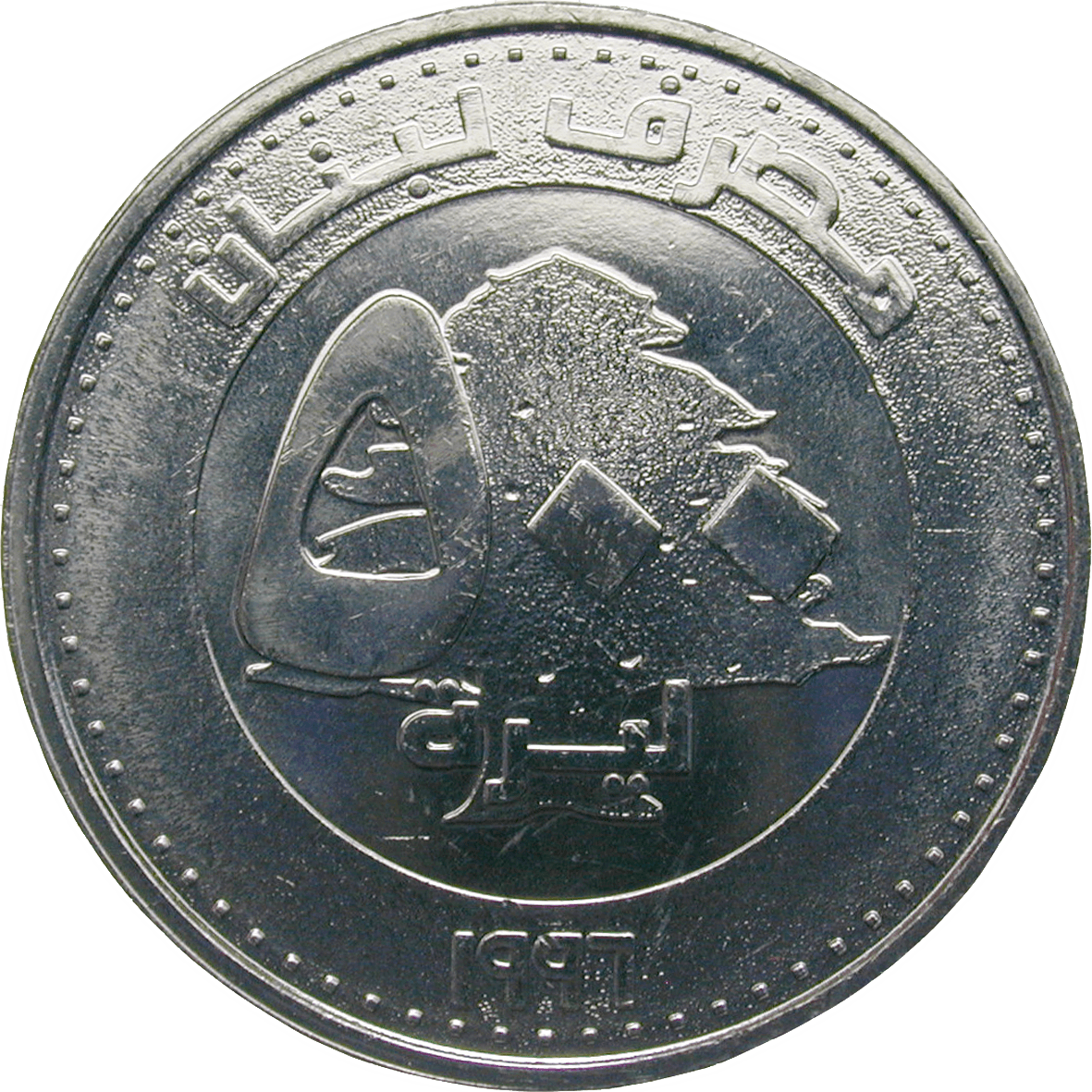 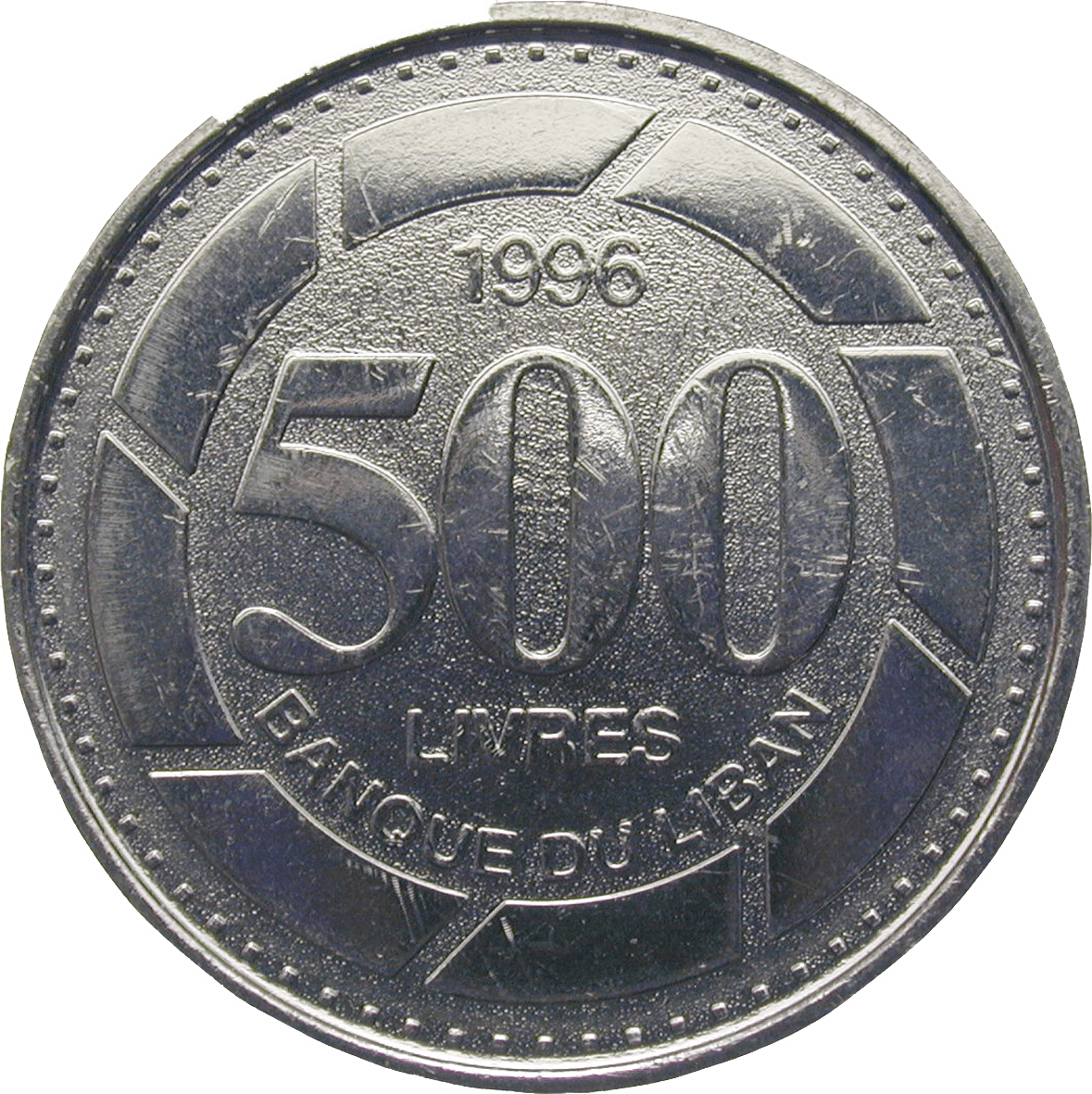 Lebanon was once overgrown by thick cedar forests. It is therefore no coincidence that the cedar that can be seen on this coin has been the country's symbol for thousands of years. For more than 400 years the country belonged to the Ottoman Empire. Following the First World War it became a French mandated territory in 1918. Lebanon gained independence in 1943. When they took the country over, the French replaced the hitherto used Turkish currency with the pound or, in French, the livre. In Lebanese the livre became the lira. It is subdivided into 1000 piaster, although due to inflation no piasters have been issued for almost 30 years.