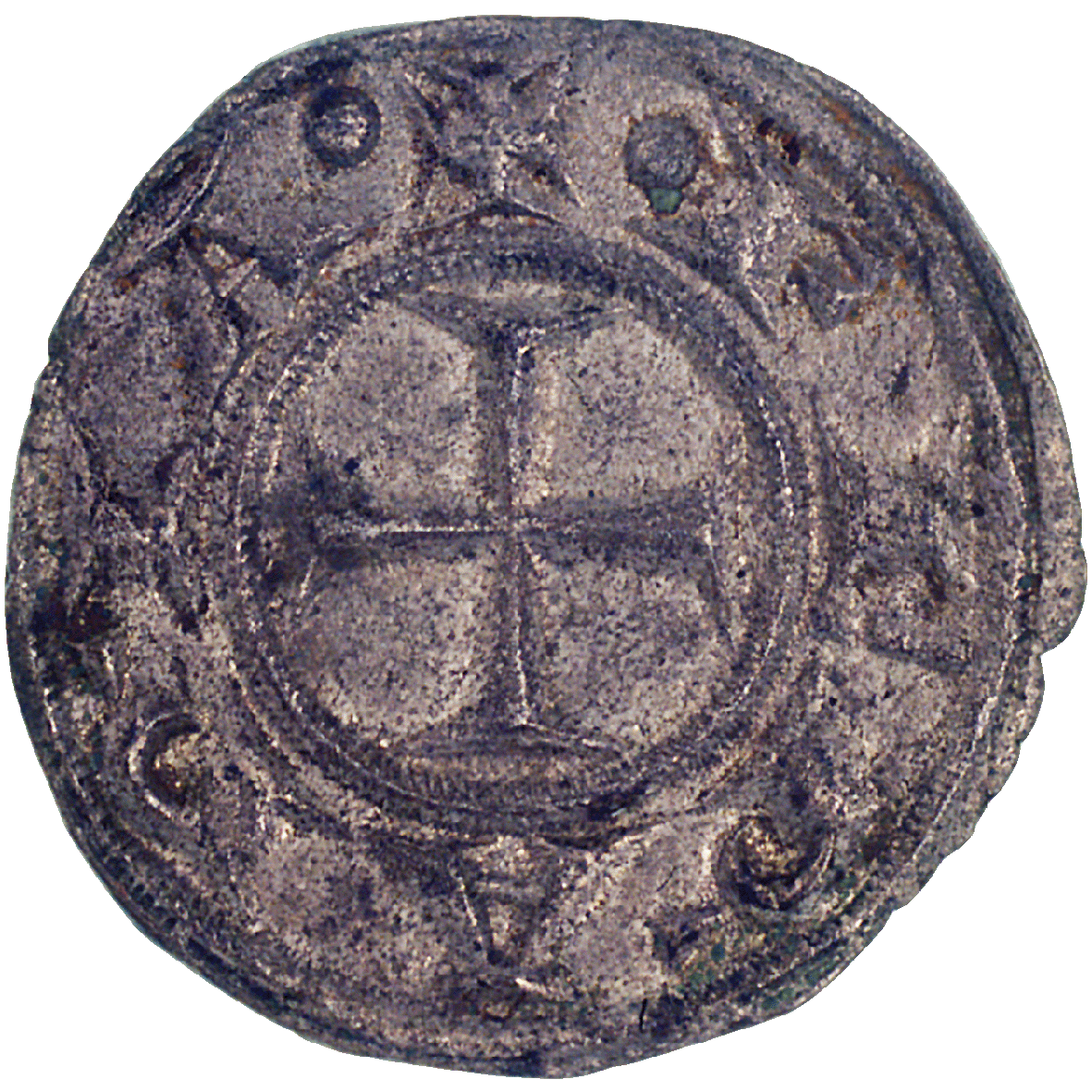 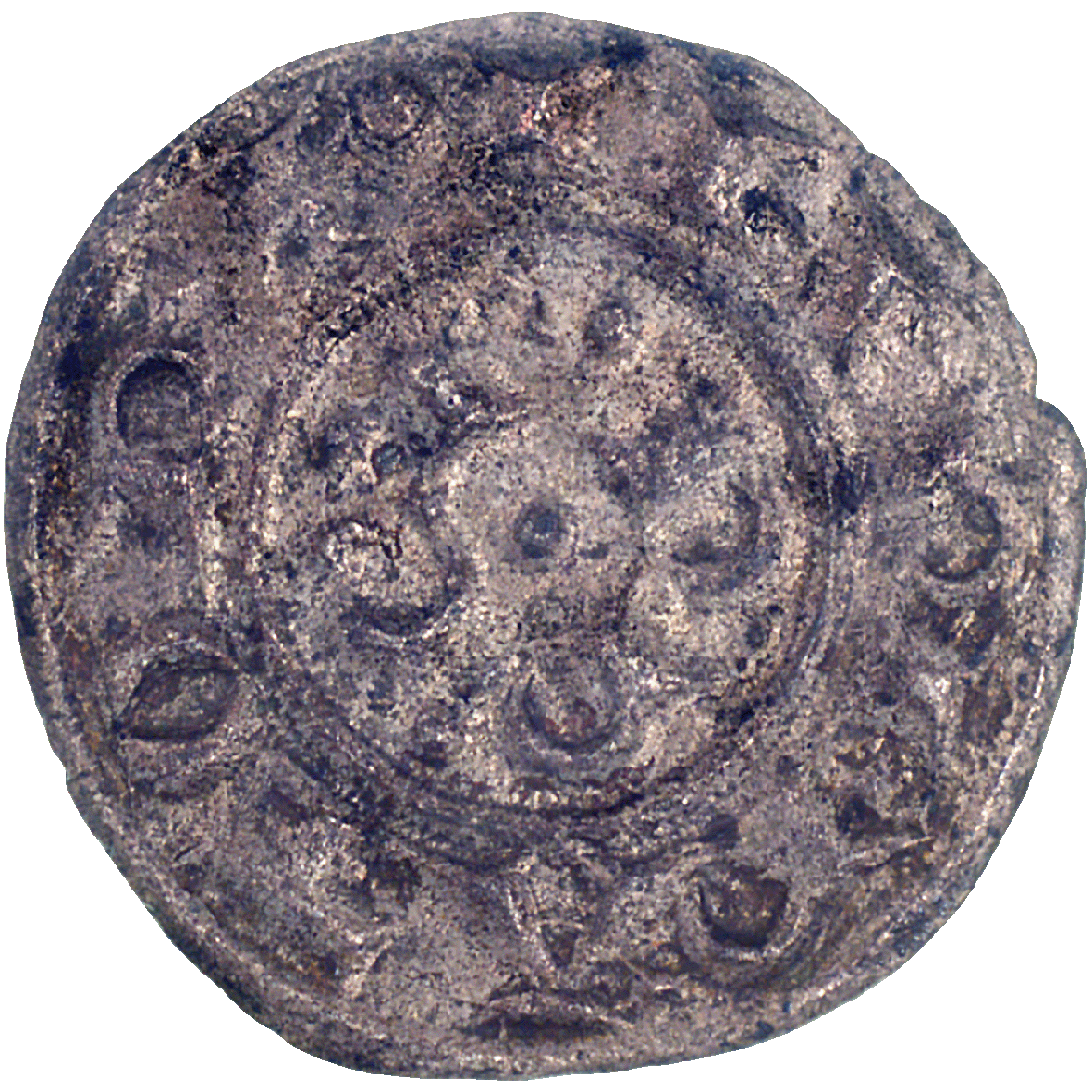 In the Middle Ages, silver pfennigs were in circulation in almost the whole of Latin Christendom. In Italy these pfennigs – or denari, as they were called in Italian – were mostly communal (or, very occasionally, episcopal) issues. Their types dated from the preceding century and consisted basically of the letters of the emperor's name – here F . D . R . C . for Frederick – and the name of the mint; on this piece the inscription on the reverse reads FERARIA for Ferrara. Furthermore the Italian denari were more often than not of low weight, small and inconvenient to handle and of poor alloy, the letters were badly formed and usually difficult to read. This piece is a very good example for that.