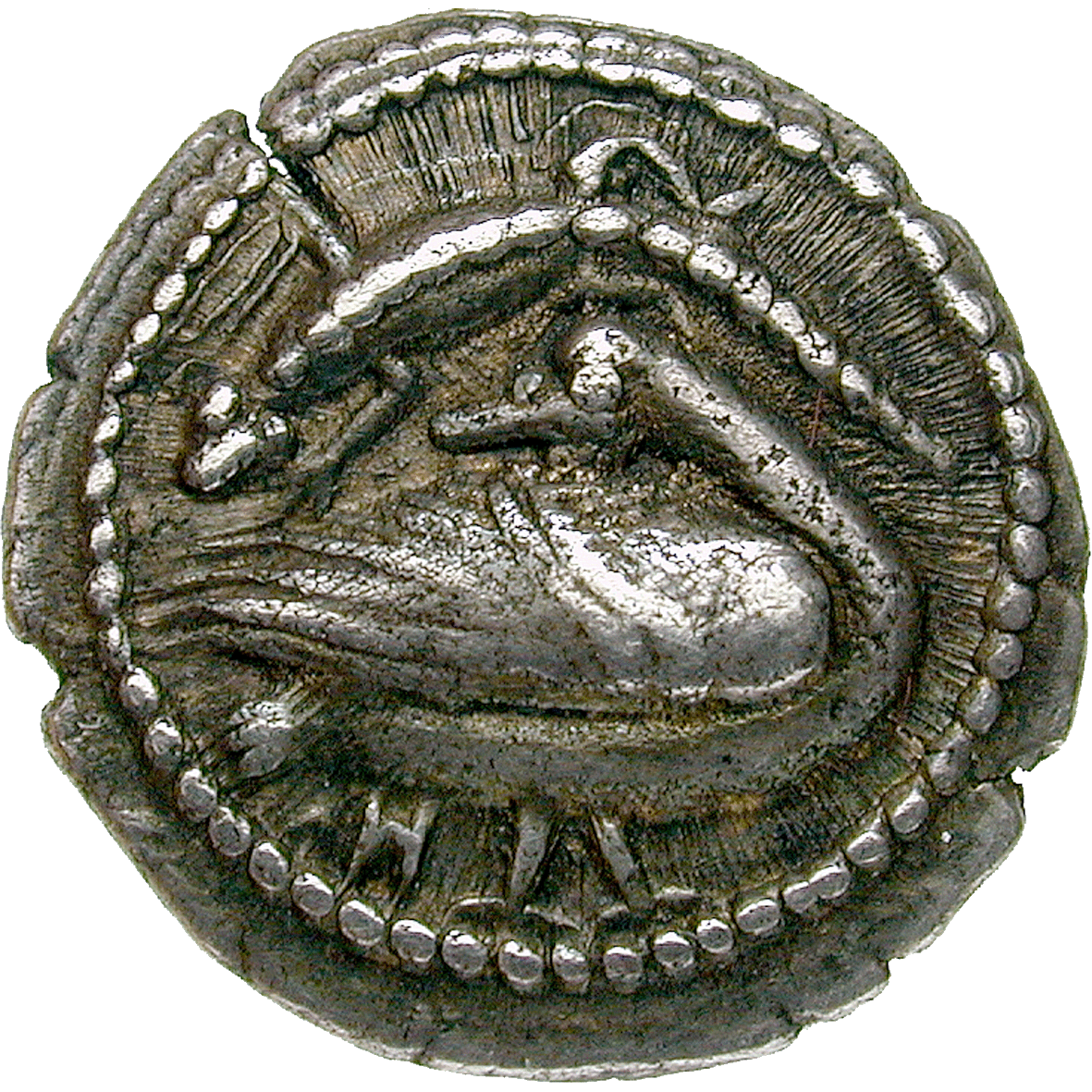 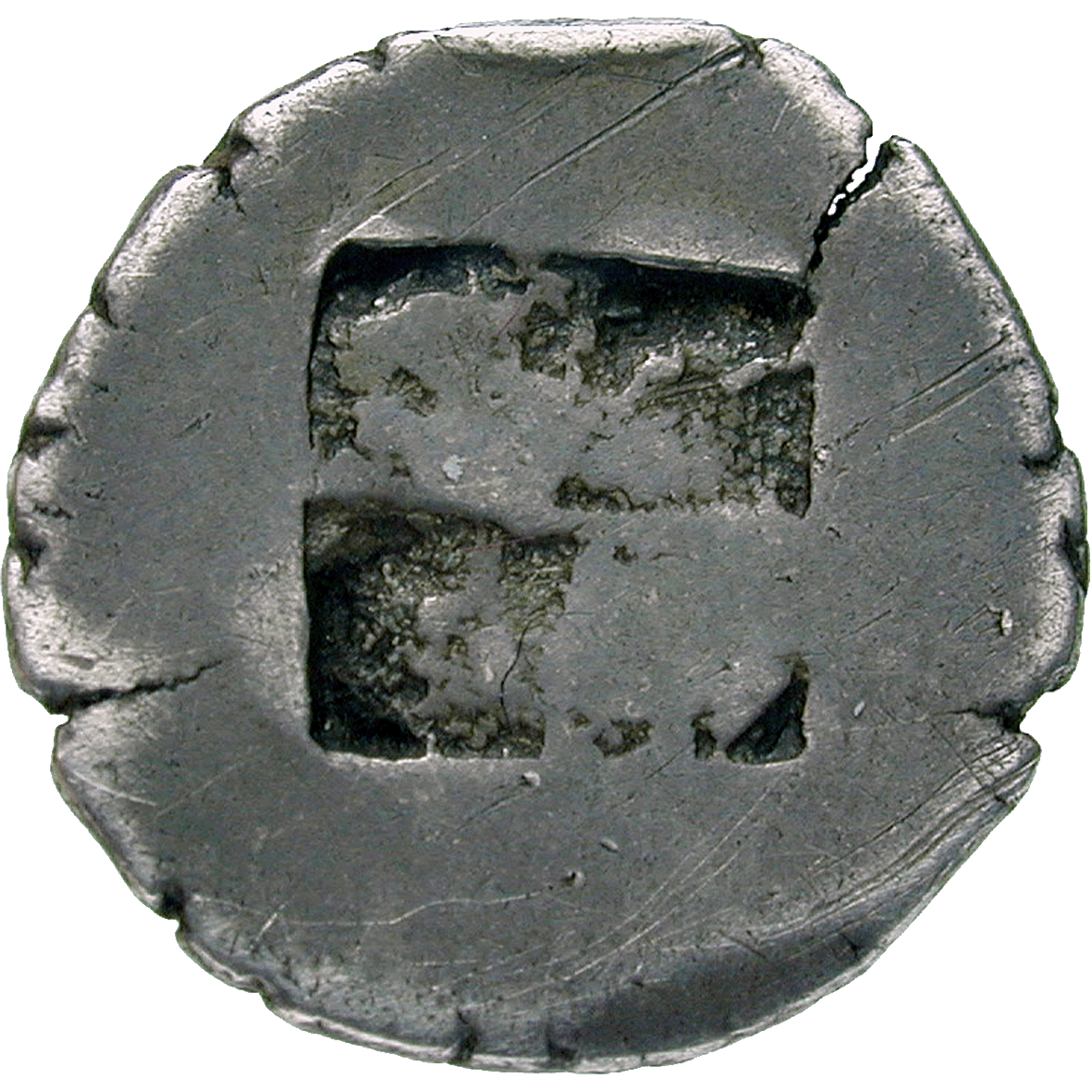 This tiny coin depicts a goose with its head reverted underneath a lizard on only 12 millimeters of diameter. The piece is a trihemiobol, a small coin worth 1 1/2 oboloi or 1/4 drachm. The trihemiobol was a coin typical for every-day-transactions; this one originated from Eion and was issued in the 5th century BC.