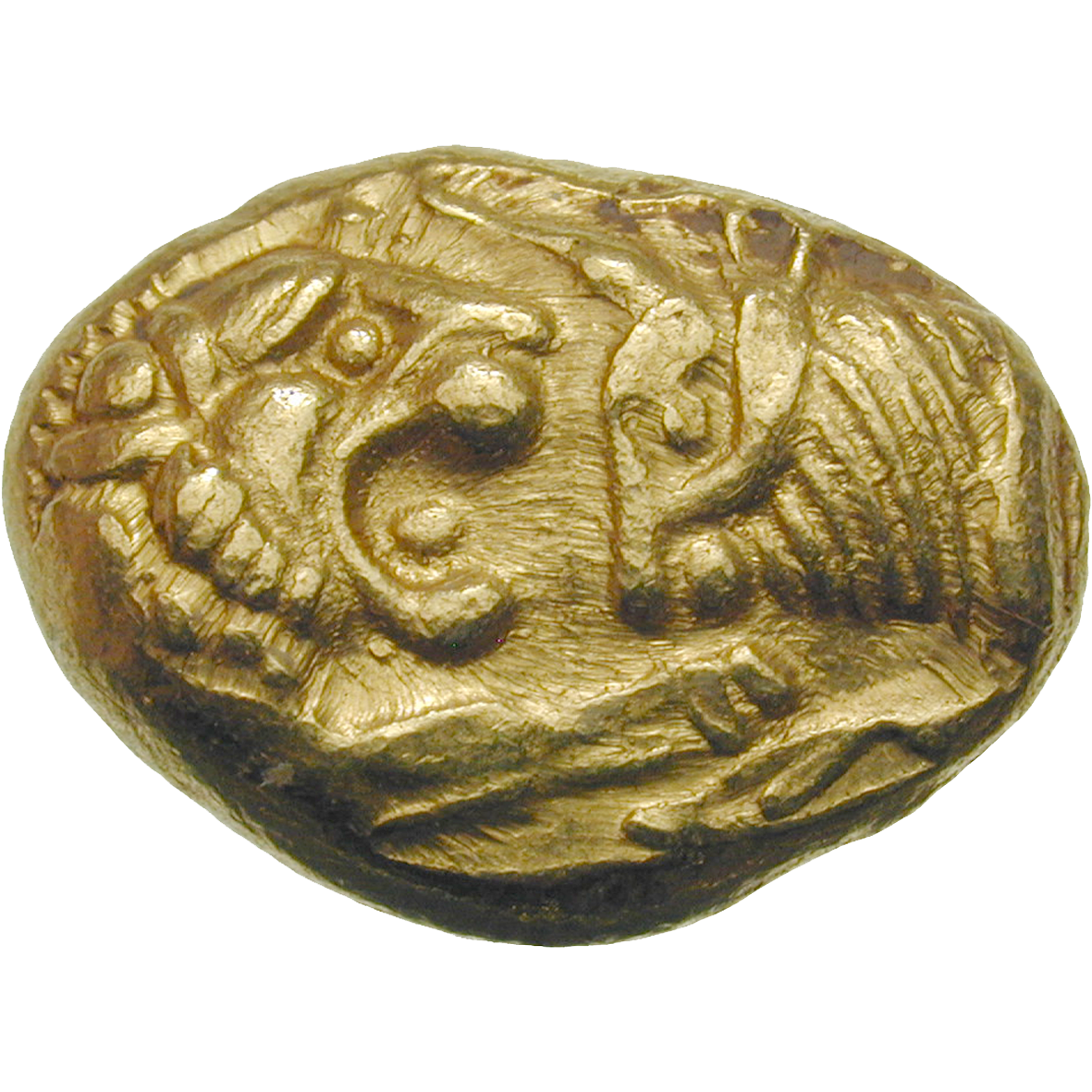 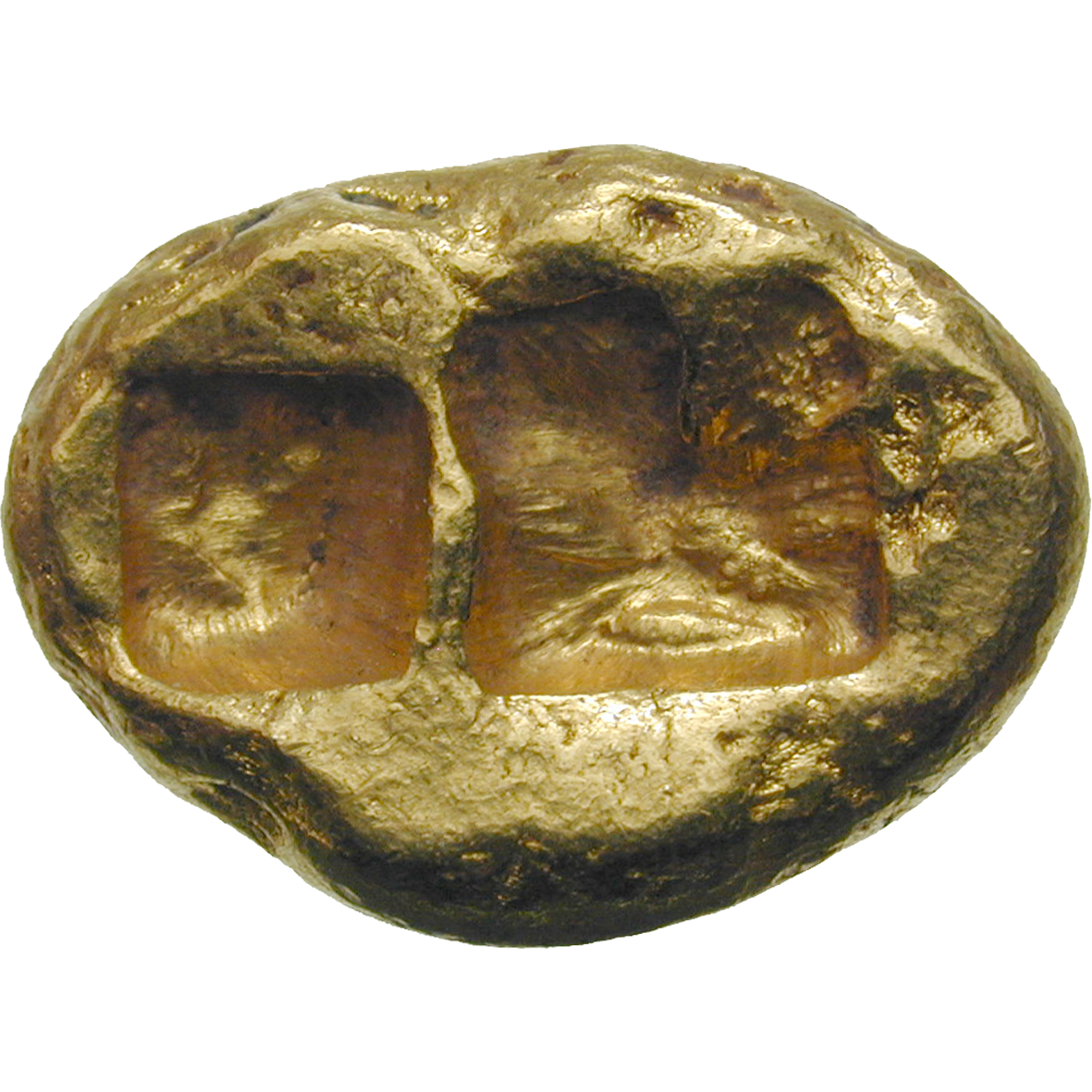 When men developed from self-supporters to traders, they needed a generally accepted currency to keep earned surpluses without a loss in value, and to exchange them when necessary. Metal served best for this purpose. Hence weapons, tools, spits, ingots and later coins became means of payment. Initially, coins were made from electron, later from silver and gold.

It was the Lydian king Croesus (c. 560-546 BC) who had coins struck from gold and silver for the first time. Croesus thus introduced the bimetallic monetary system that remained in use until the 20th century. With his invention, Croesus opened possibilities for the first system of free and open markets, and on this basis arose the civilization of antiquity around the Mediterranean.