Kingdom of the Netherlands, Wilhelmina, 5 Cents 1908 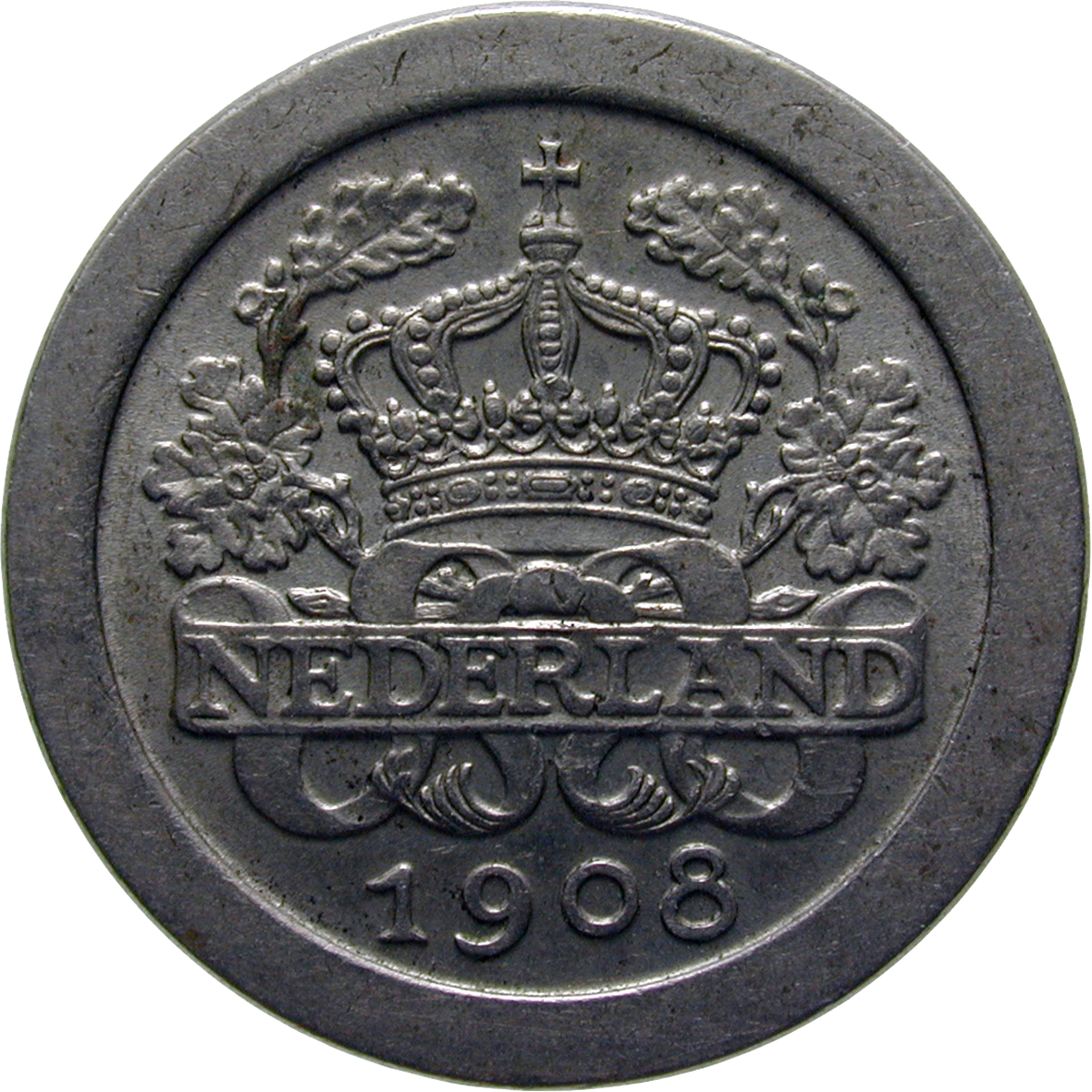 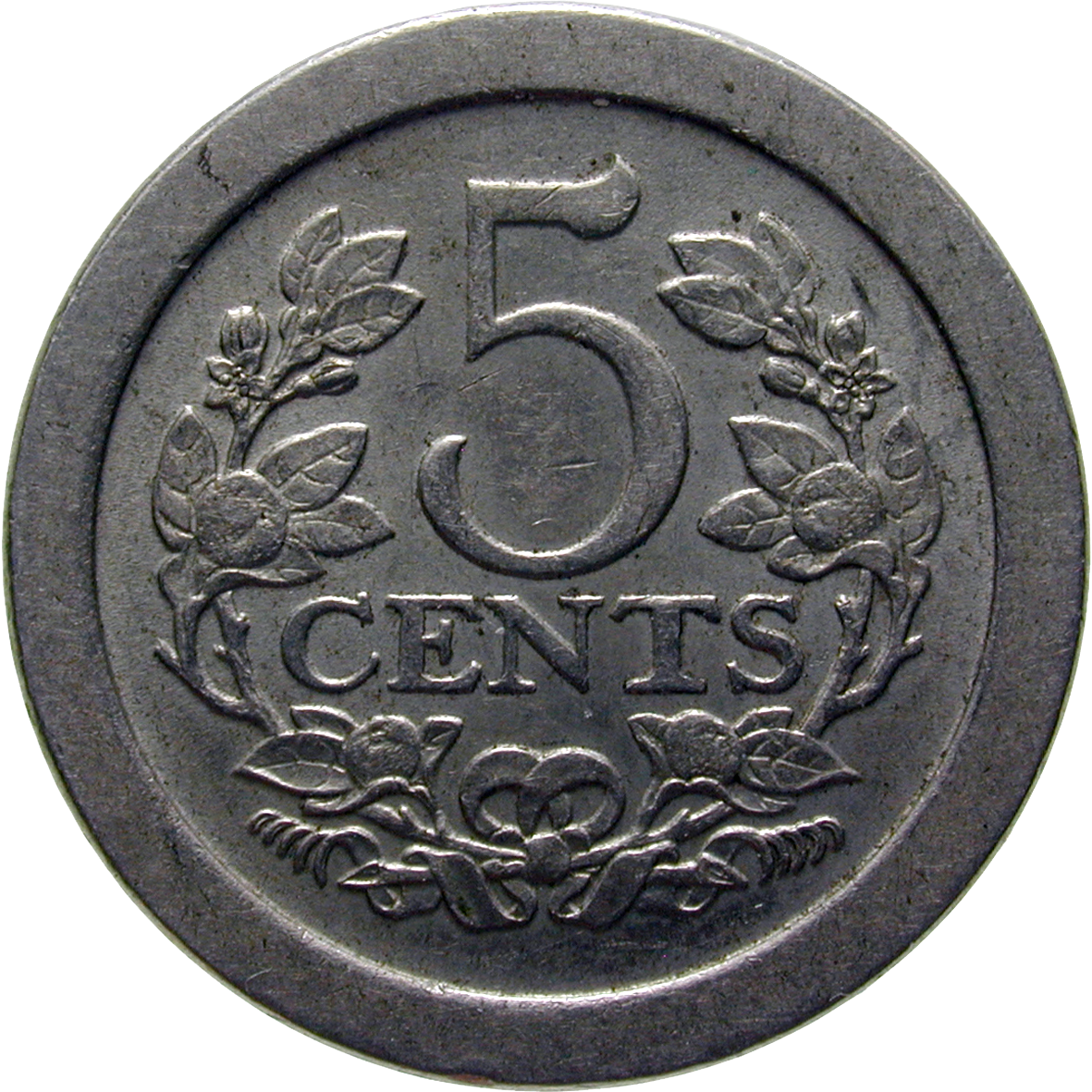 This Dutch 5-cent-coin shows the crown used during the enthronement of the Dutch monarchs up to this day. The crown was used for the first time on the occasion of the accession of William II in 1840. The king-to-be had ordered it as an express delivery from a jeweler in Amsterdam after the surprising abdication of his father William I. The crown was never really worn, but left laying on a table during the oath-taking ceremony. William II paid the stiff price of 1470 guldens for his new crown: 800 guldens for the material, 600 guldens for the work hours, and 70 guldens for the little box lined with velvet in which the crown was delivered. The material costs of the jeweler, on the other hand, were minimal. The crown was made from gilded silver, the 'diamonds' were rhinestones and the 72 'pearls' were brass balls covered with glue and fish skin.