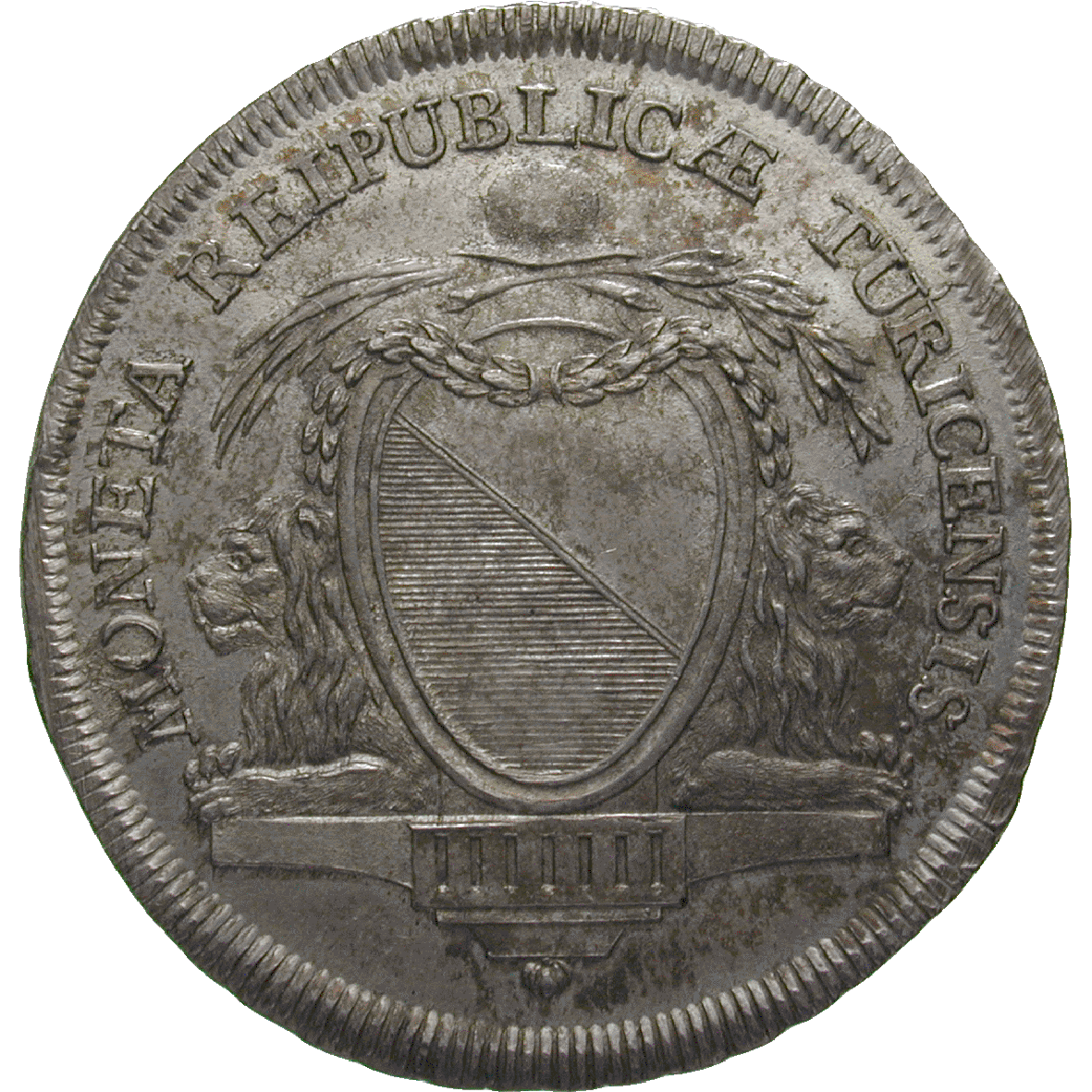 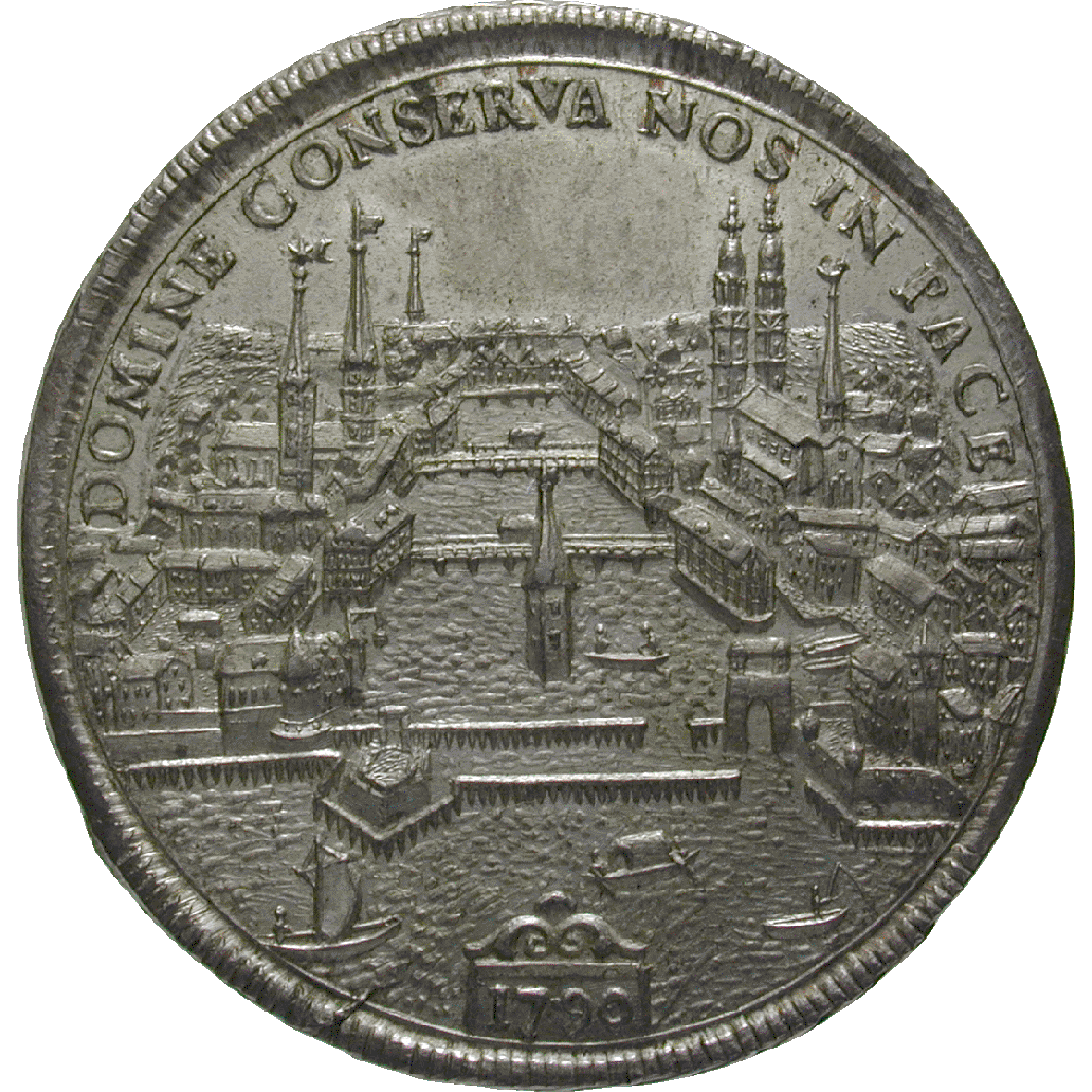 Zurich issued its last city view talers in 1790. Then a tradition ended, that had begun almost 140 years earlier. On the first city view talers from 1651, the city itself had taken only little space; the lake and the sky had been equally important to the artist. But now, towards the end of the 18th century, the city was depicted in full detail.

The tradition of the city view talers fell victim to political changes: in 1798, Napoleon Bonaparte forced the independent Swiss realms into the Helvetic Republic. With this the rule of the cities over their hinterlands ended, and urban coinage came to an end as well. In 1803 the newly founded Swiss cantons started to mint their own monies, and from 1850, the Swiss Confederation assumed the task of supplying the population with coins.