Republic of France, 5 Francs An 8 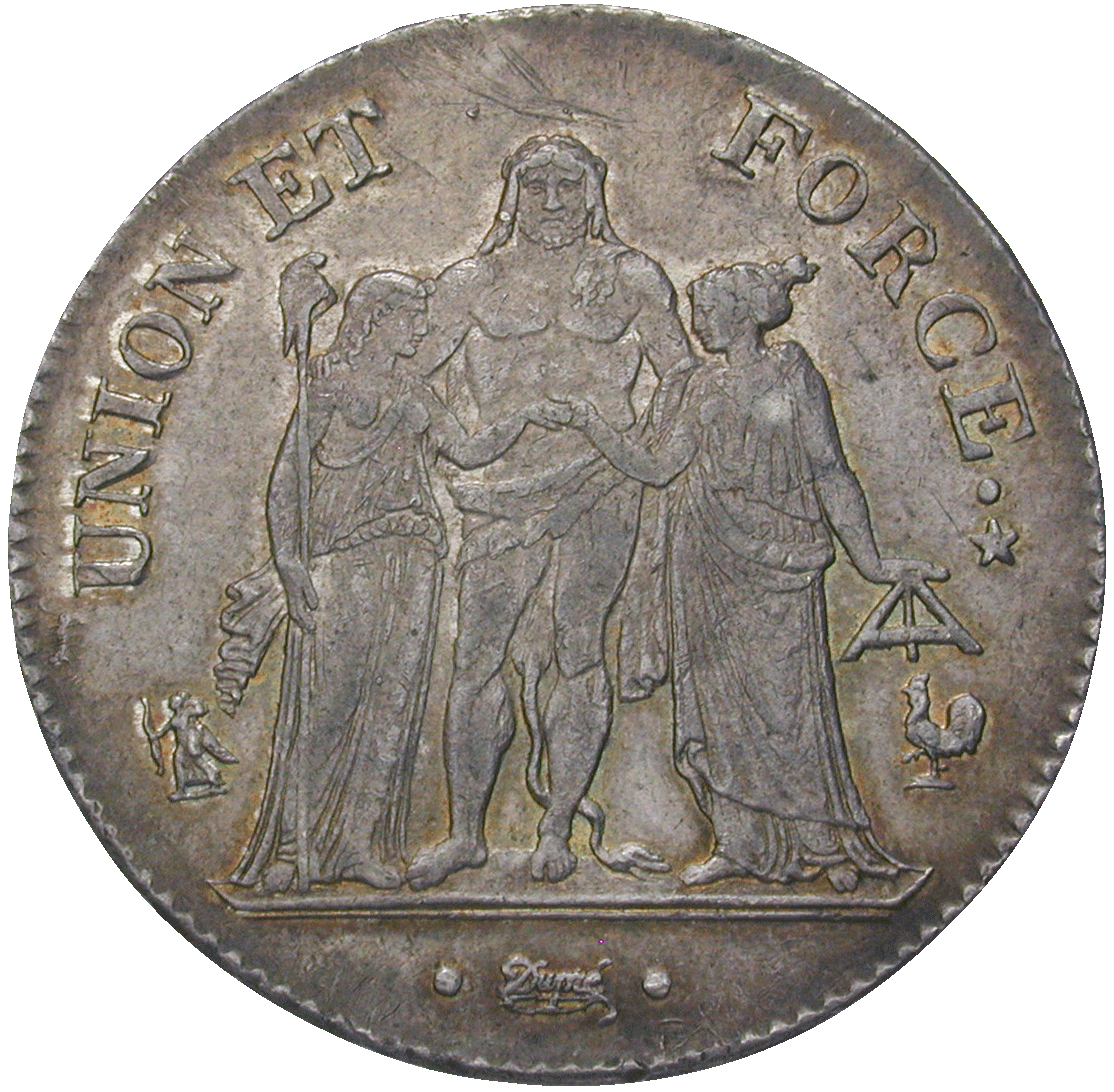 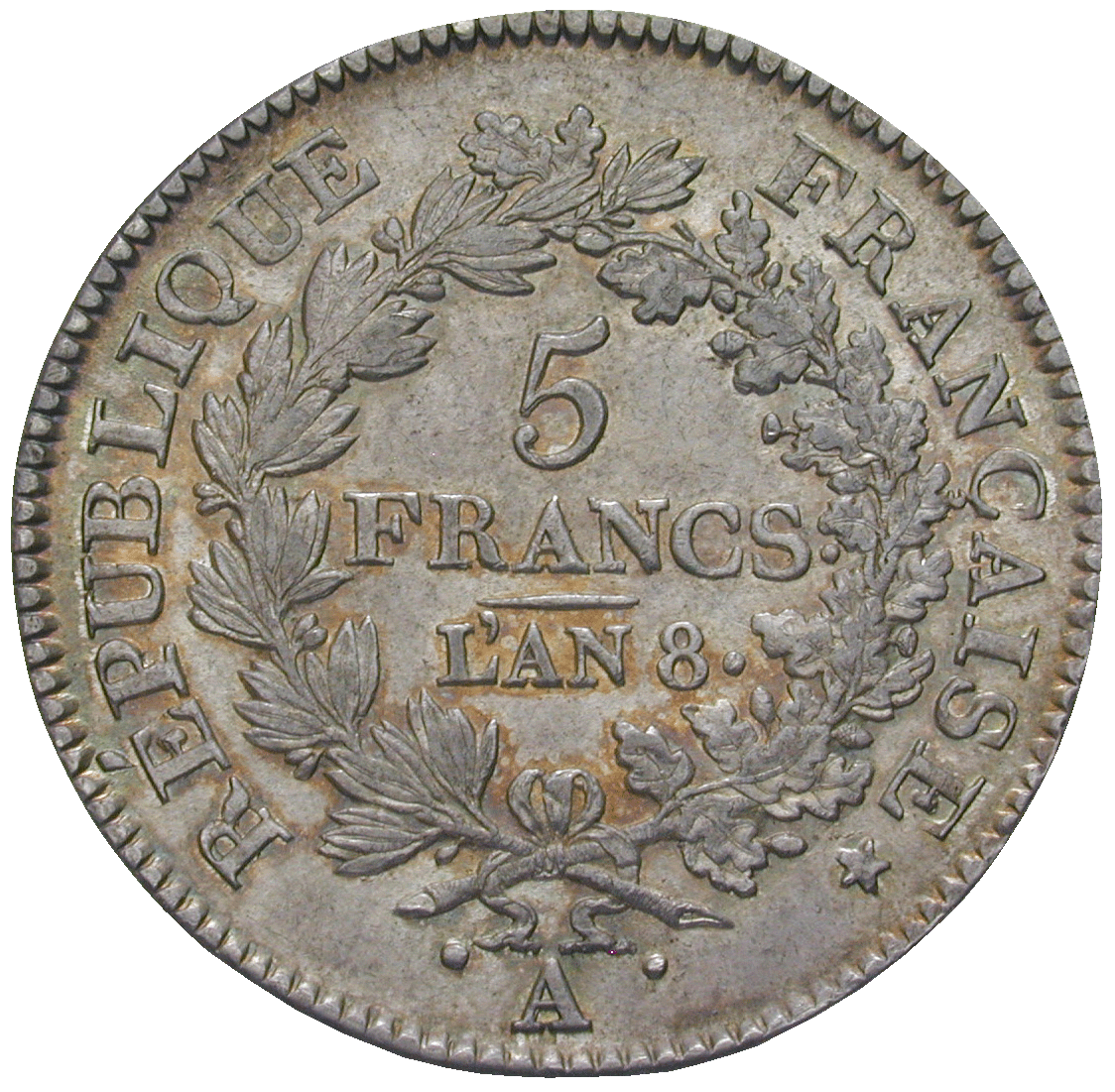 This coin, issued in France shortly after the Revolution, shows the Greek hero Heracles wearing his lion’s skin. He protects the personifications of Liberty and Equality. Liberty holds a lance with a liberty cap over its tip; this symbolizes not only freedom, but also how it had been won – namely by force. Equality holds two freemasons tools in her hands: a goniometer and dividers. The goniometer stands for integrity and the dividers represent fraternity and dedication to the service of humanity. This coin motif is thoroughly republican: the freemasons belonged to the precursors of liberal ideas, and Liberty and Equality stood for the aims of the French Revolution of 1789.