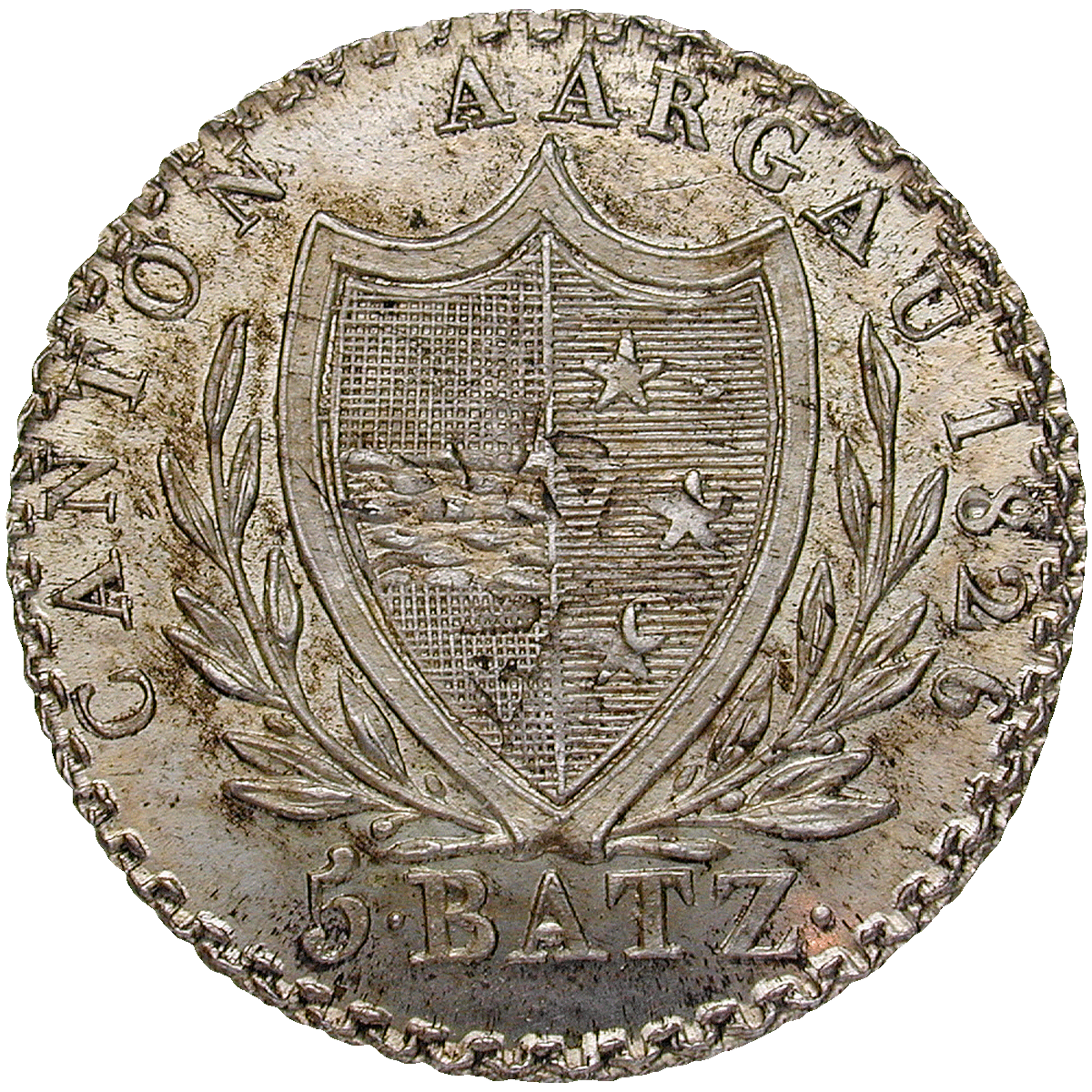 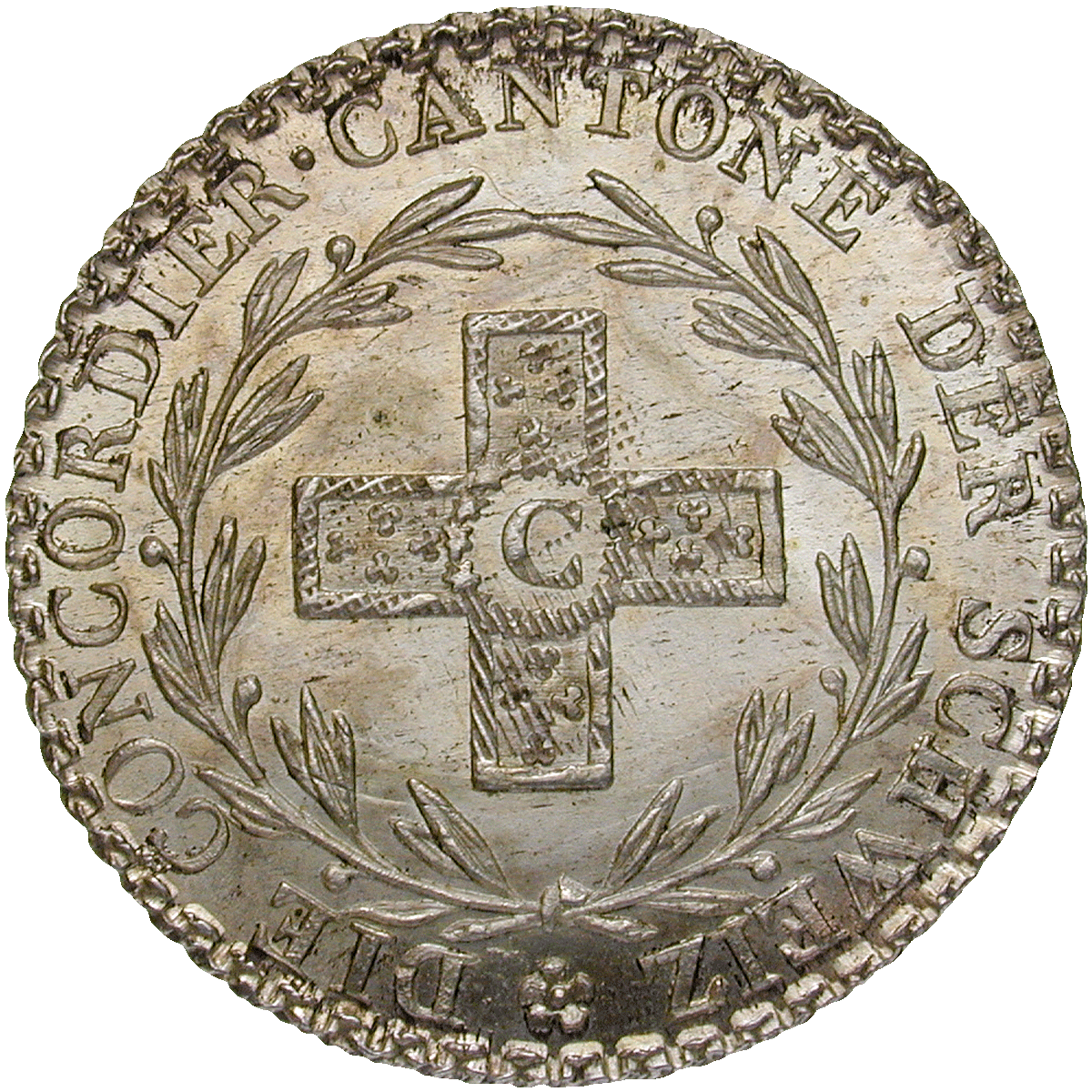 In 1819, 1824 and 1825, the cantons of Berne, Solothurn, Vaud, Fribourg, Basle and Aargau joined together to issue the same coins, so-called concordat coins.

Yet the partners did not succeed to agree on a common valuation of foreign coins, and to prevent the use of forbidden money within their territories. Still – the concordats gave half of the Swiss population the possibility to use legal tender with a fixed rate for the first time.

For more than twenty years, 17 million coins of 5, 2 1/2, 1 and 1/2 batzen circulated in those cantons, until finally in 1850, the first federal monetary law was enacted. With this the concordat coins were disused, and a national currency was introduced.