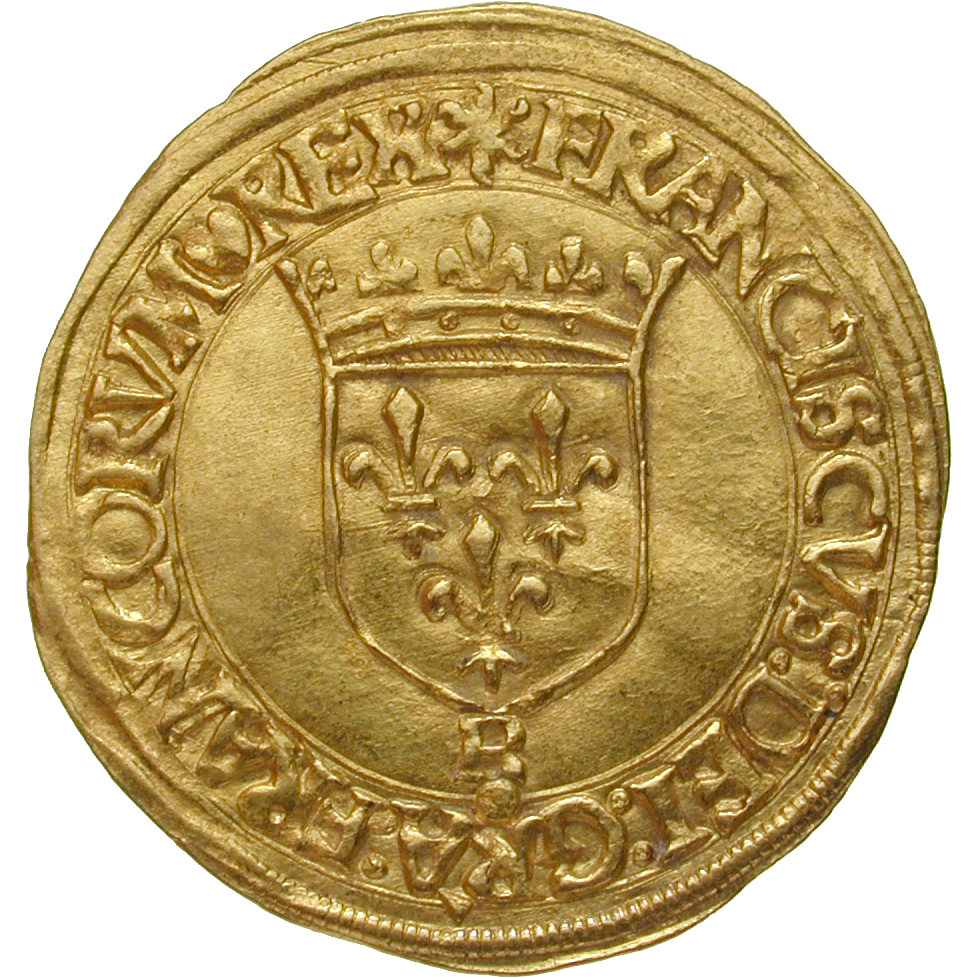 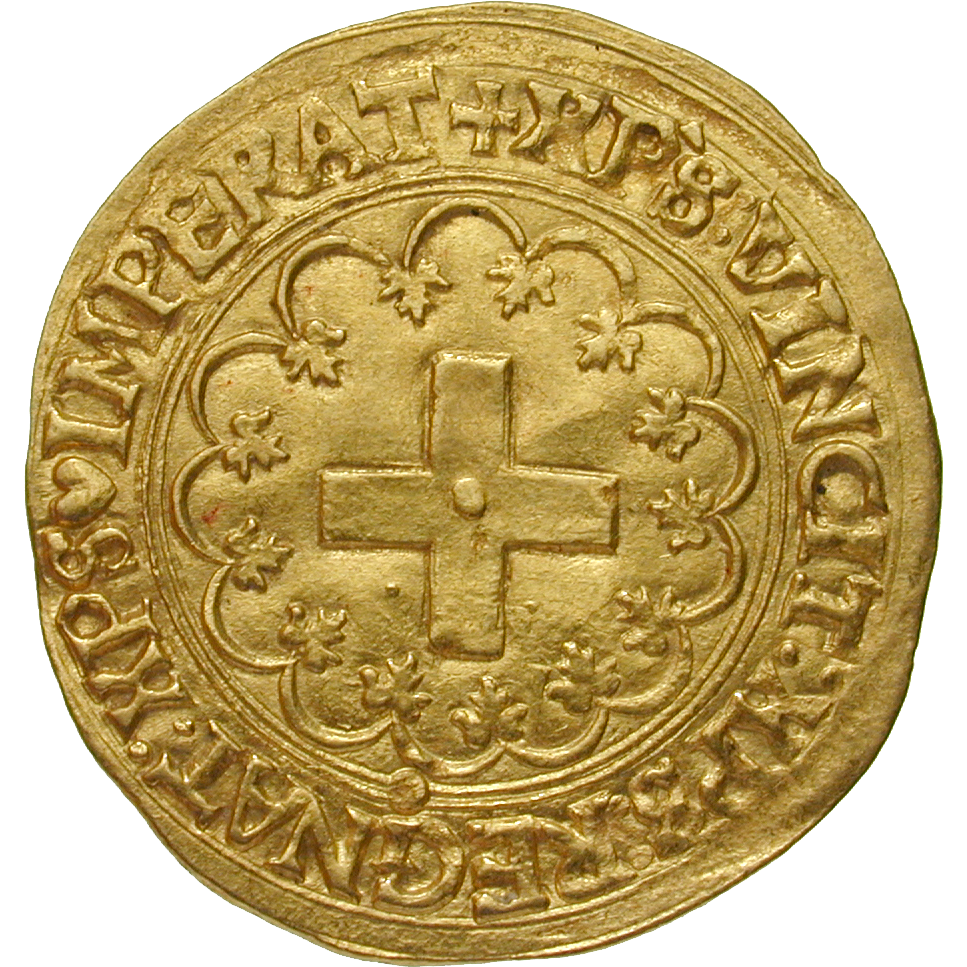 Since the 14th century, it was customary in France to mark the various mints with dots in the inscriptions. In 1540, however, Francis I (1515-1547) introduced a new system valid until today, whereby the 28 mints operating throughout the country were coded with letters. This écu d'or à la croisette, (the "golden shield with the cross"), depicts the letter "B" on the obverse, indicating the mint in Rouen. At the same time, according to the old system, it shows a pellet under the respective 15th letter of the inscriptions on the obverse and reverse.