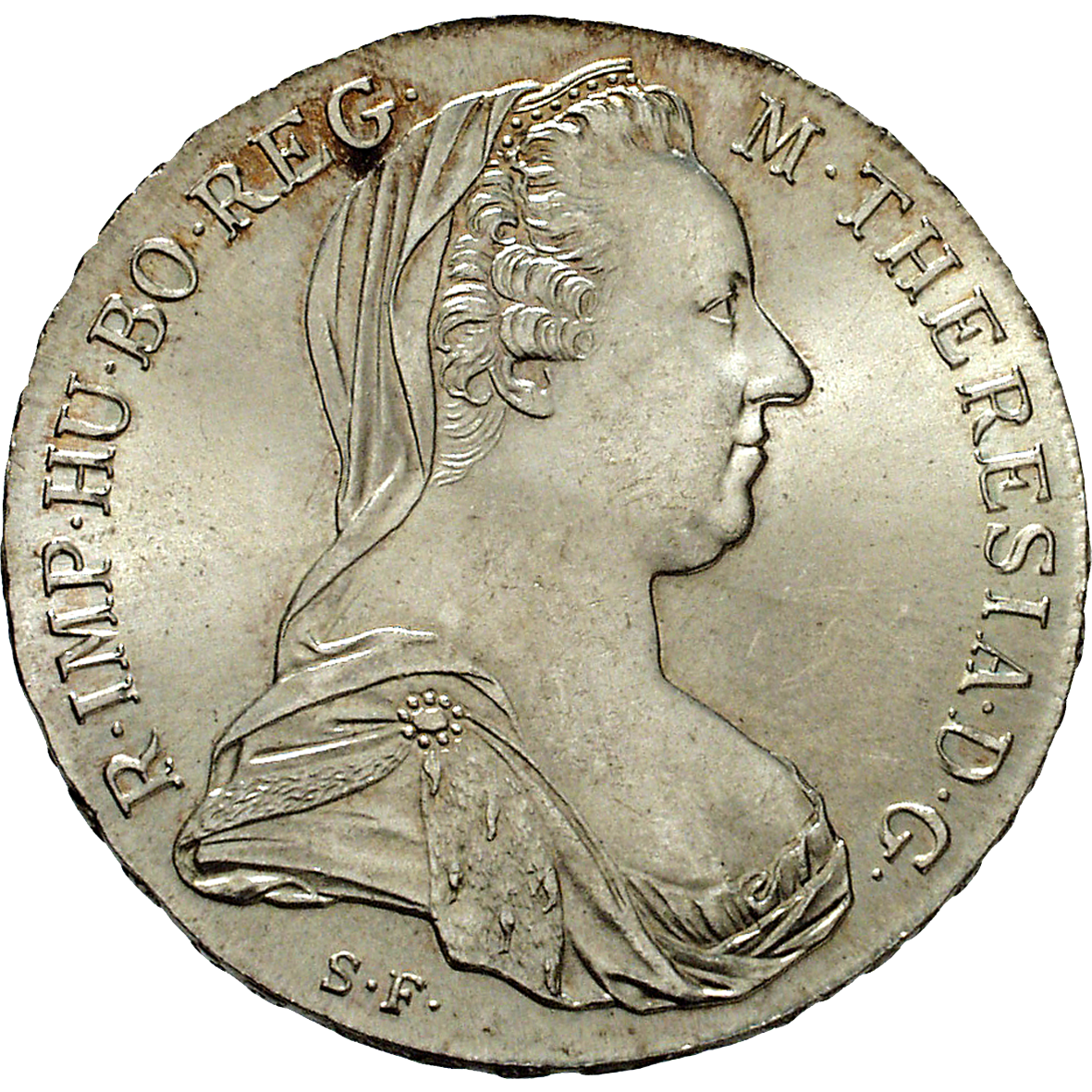 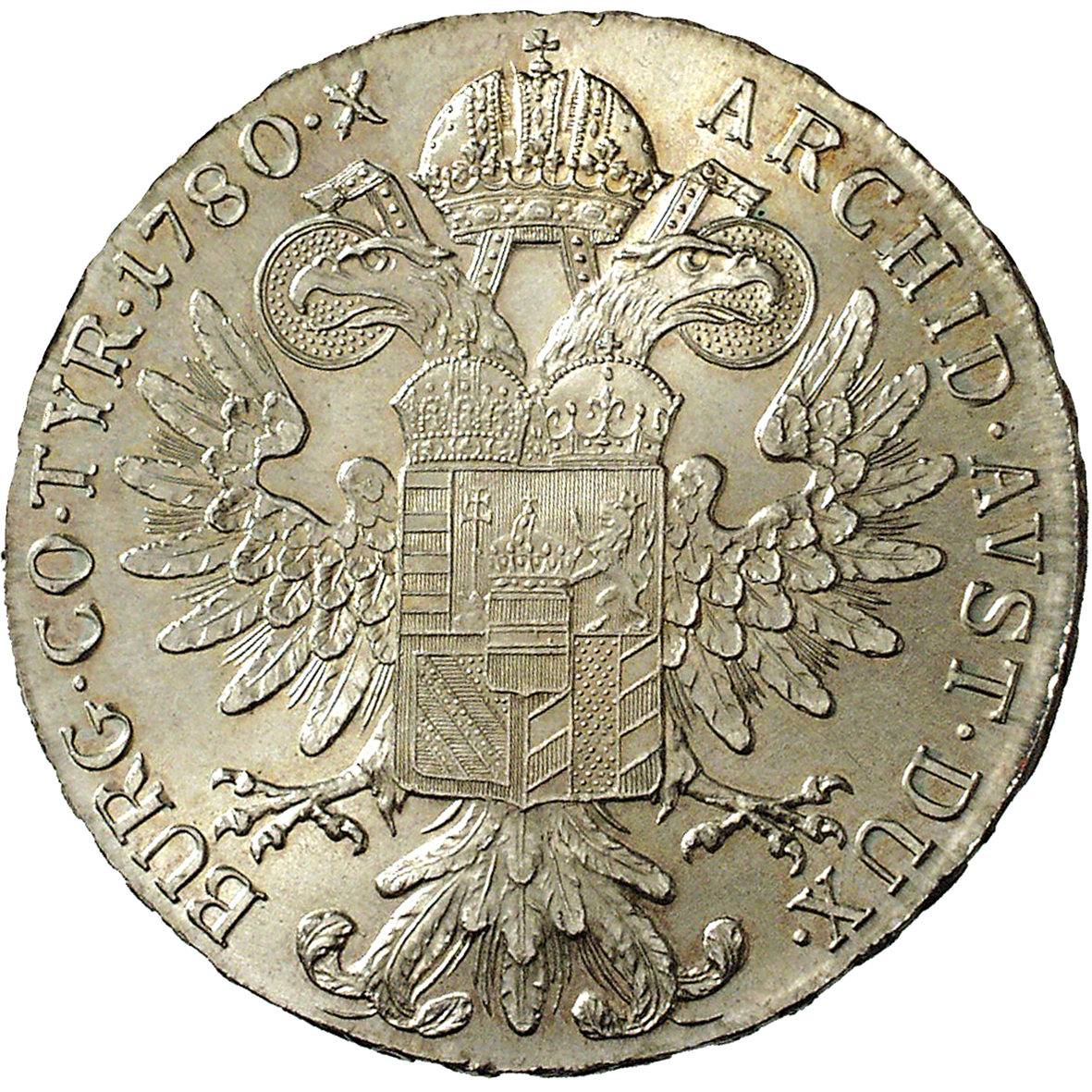 Maria Theresa talers with the image of the Archduchess Maria Theresa of Austria (1740-1780) made a career worldwide. In the 18th and 19th century they were extremely popular in Africa and the Orient. Arabian traders distributed them throughout the Islamic world – from western North Africa over Sudan, Ethiopia, Somalia and Kenya to the coastal areas of Tanzania, and across the Asian-Islamic room into India. Why the Maria Theresa taler of all coins was so especially successful is the topic of many a discussion. A popular thesis is that the opulent bust of the Duchess matched the taste of the Orientals particularly well. Maria Theresa talers were issued even after her death in 1780. They are a numismatic curiosity since those restrikes always show the year 1780. In Eritrea and Ethiopia, such talers continued to circulate until the mid 20th century.