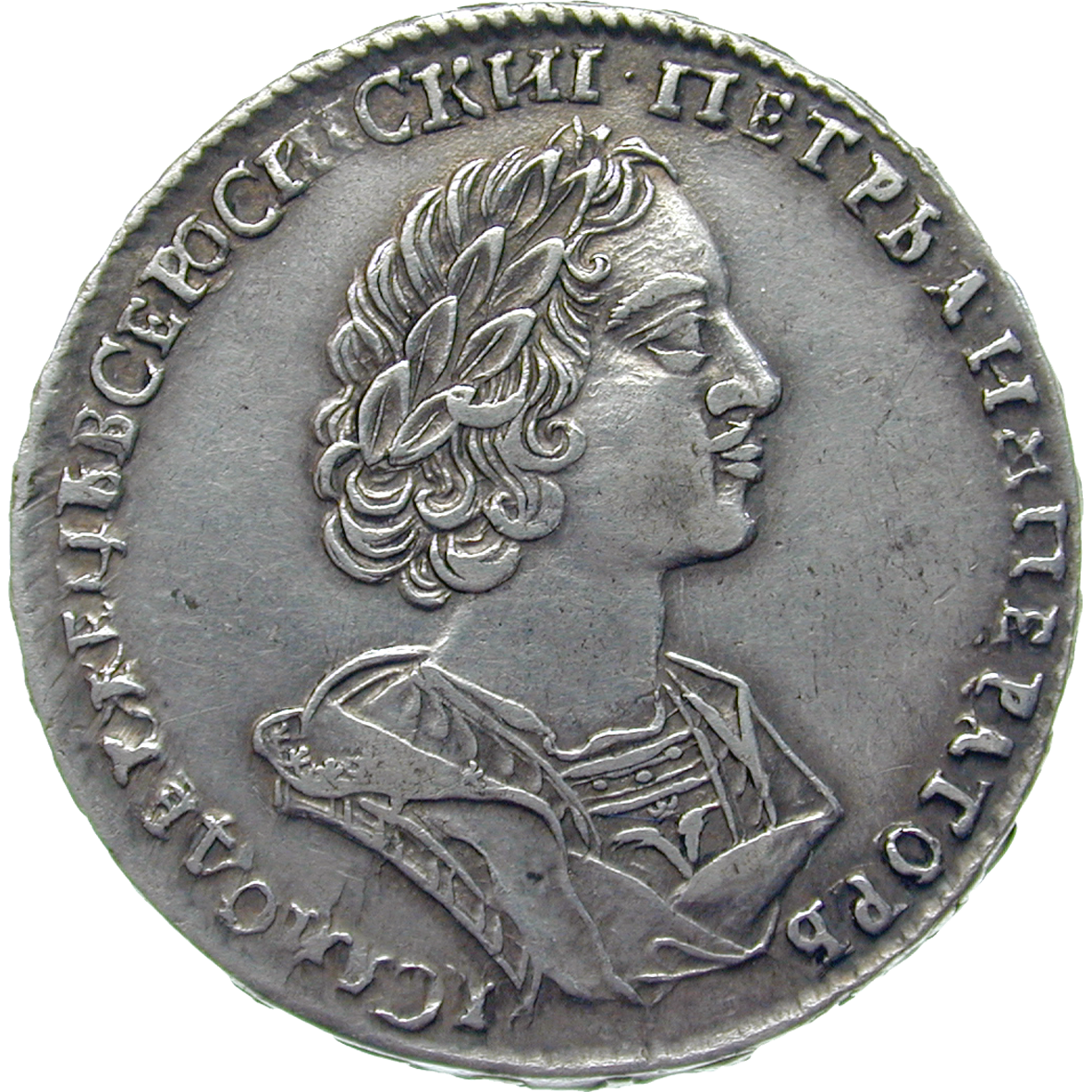 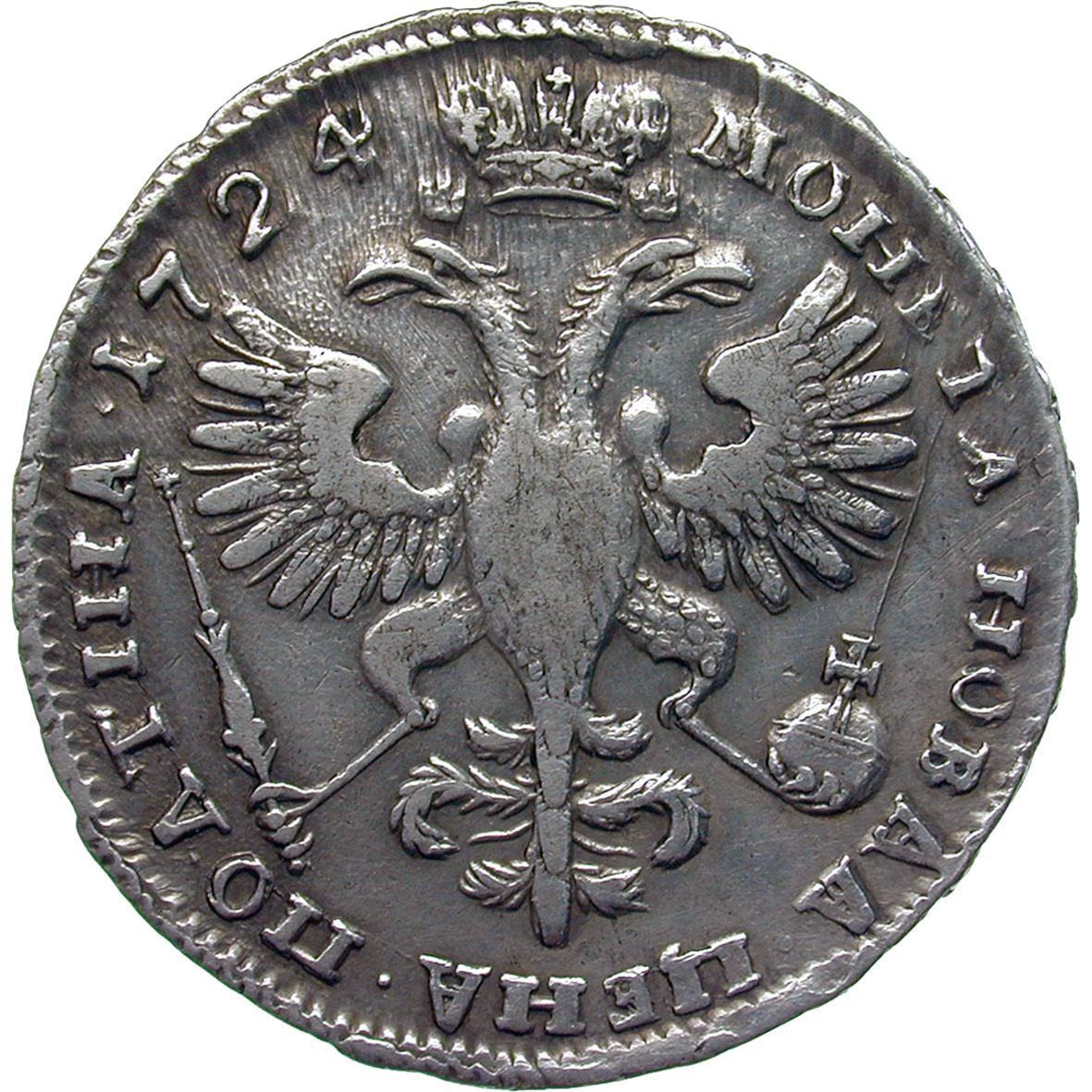 Already in the 13th century, a "poltina" was half of a silver bar that was itself known as "ruble." Later, the poltina became a unit of calculation, holding 50 kopecks. In the course of his monetary reform of 1701, Tsar Peter I (1682/9-1725) began to issue the poltina continuously. According to old tradition, he set its value and weight at half a ruble, or 50 kopecks. From now on, the poltina, or "poltinnik," became one of the major coins of everyday life in Russia. In the course of the 18th and 19th centuries, it became ever smaller and lighter; but its value was always half a ruble.