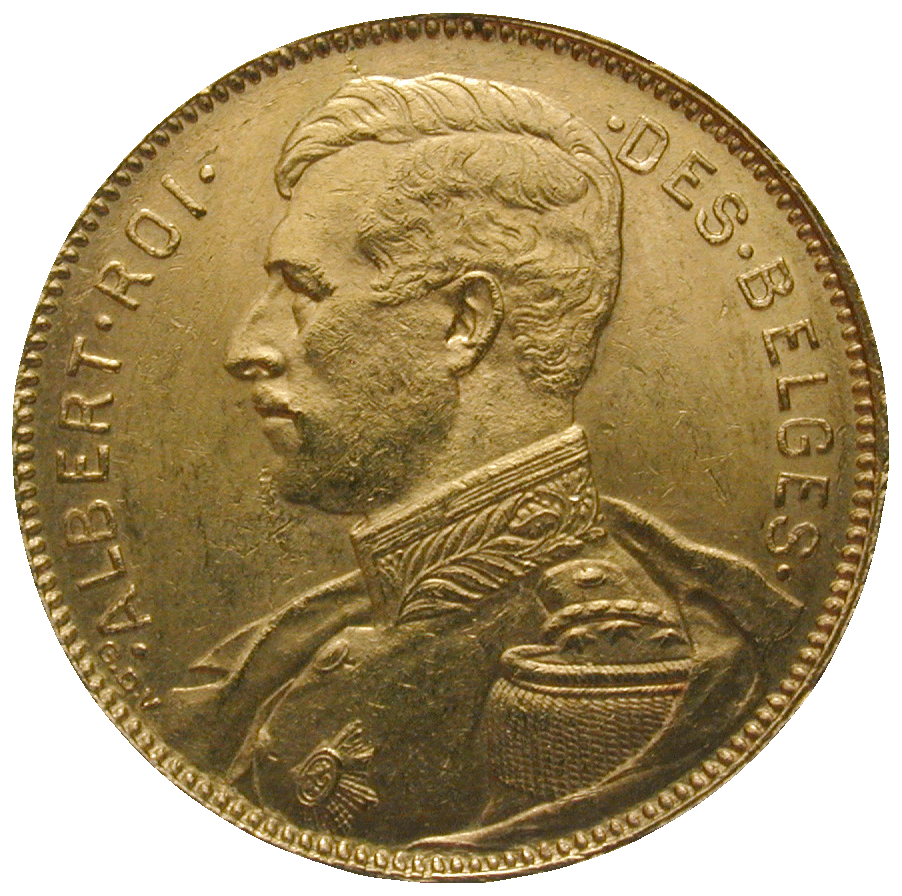 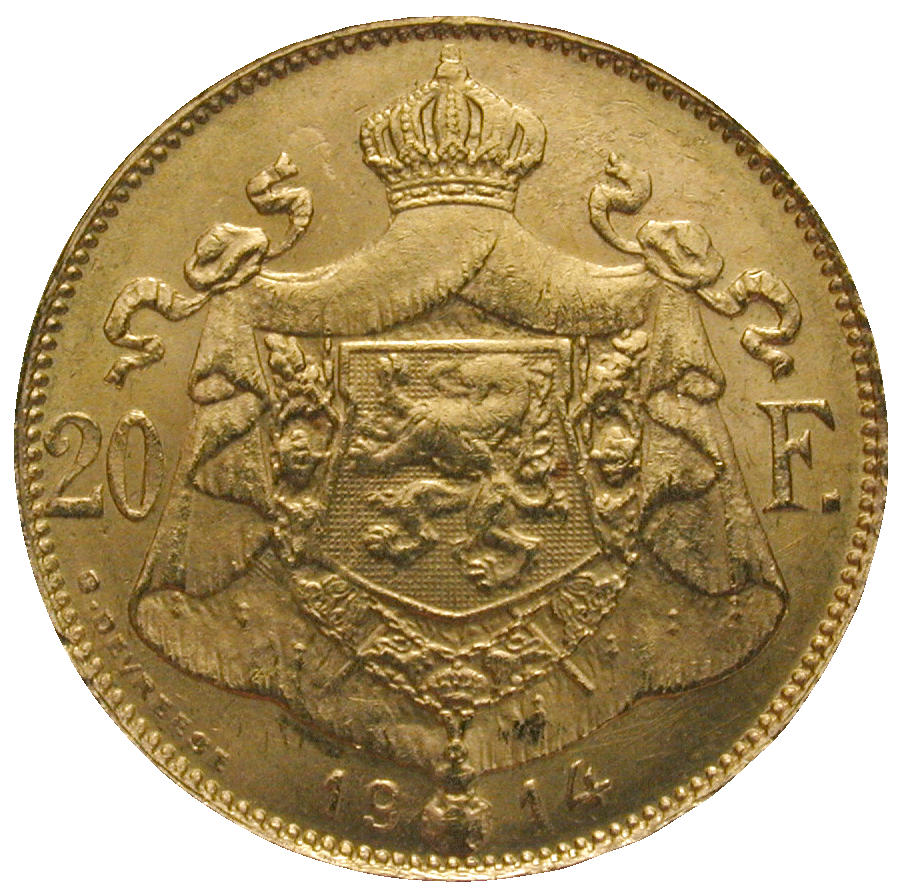 This Belgian gold coin was struck according to the regulations of the Latin Monetary Union, an association established in 1865 and disbanded in 1927. The other members of the Union were France, Switzerland, Italy and Greece. They all issued their national currencies to a standard of 4.5 grams of silver and of 0.29 grams of gold respectively. The intent was to make the currencies of the member states freely interchangeable. Although the Latin Monetary Union existed officially until 1927, its regulations could no longer be upheld with the outbreak of World War One in 1914. This coin thus belongs to the last pieces struck after the Union's rules. It bears a French inscription – being a bilingual state, Belgium issued identical coins with French and Dutch inscriptions.