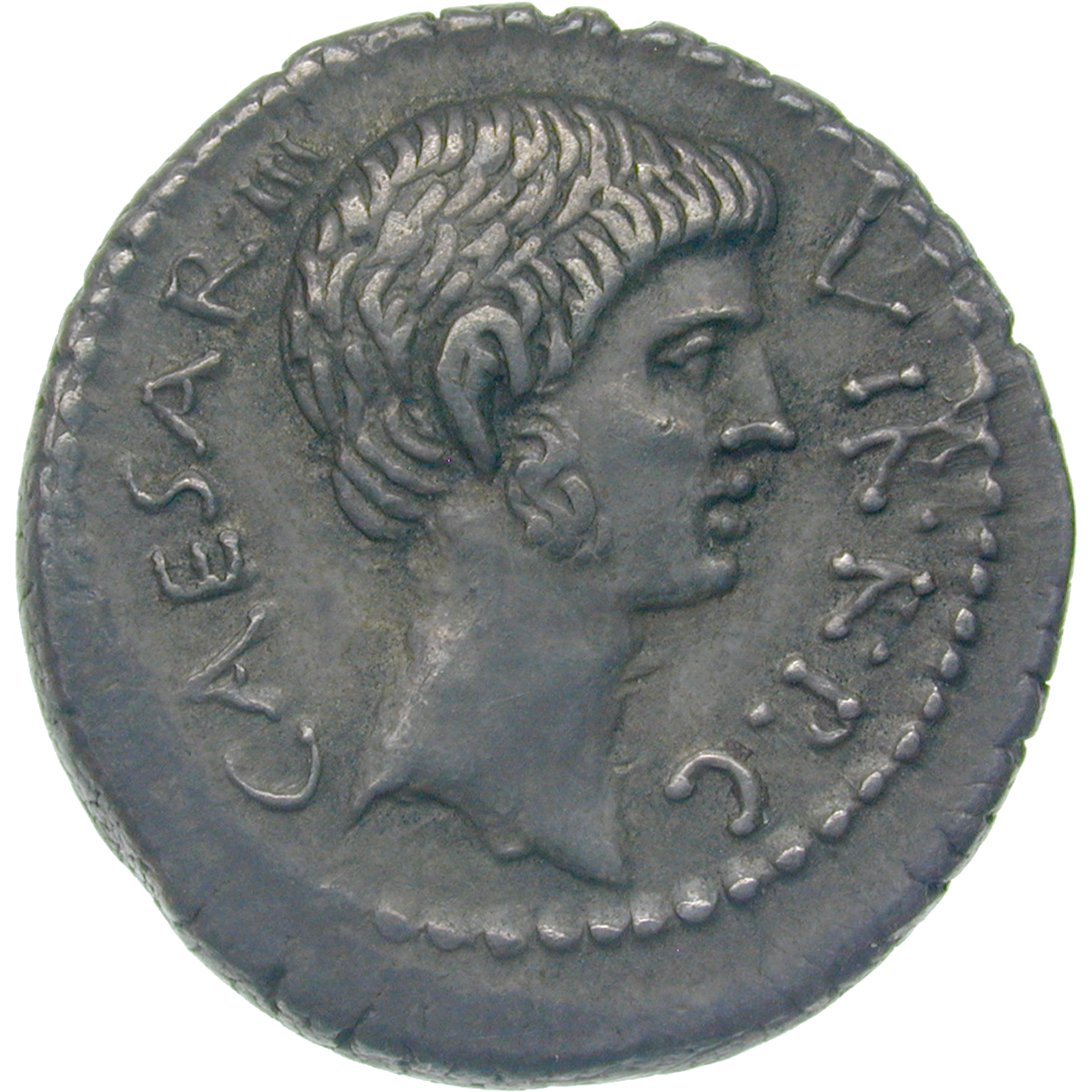 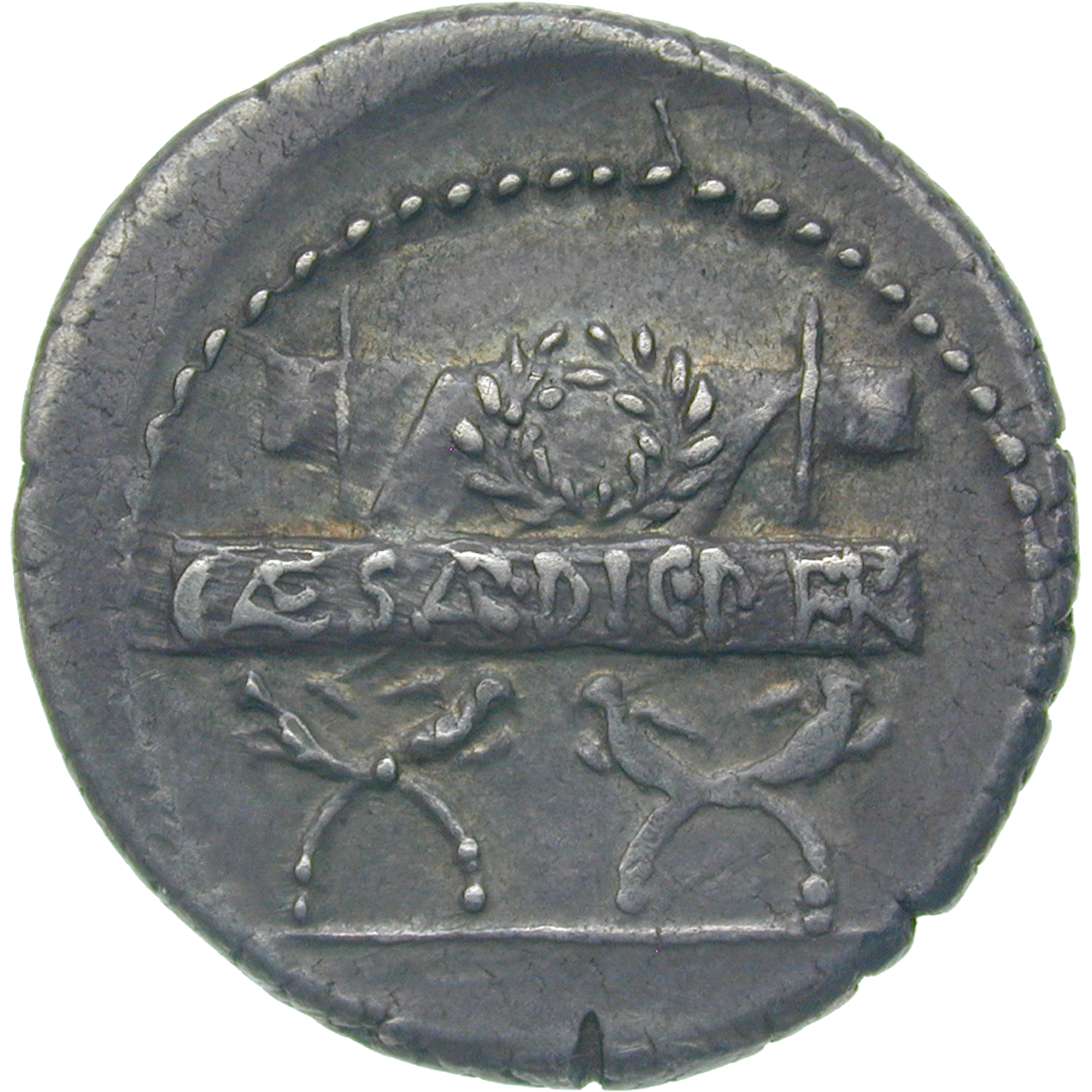 The last years of the Roman Republic were overshadowed by civil war. Two years after the assassination of Julius Caesar (44 BC), the three most powerful men in Rome – Octavian, Mark Antony and Marcus Lepidus – formed a rule of three men, the Triumvirate.

This denarius was issued by Gaius Julius Caesar Octavianus, the later Emperor Augustus. It was struck in a traveling military mint somewhere in Italy. The obverse depicts Octavian and the inscription CAESAR III VIR R P C (Triumvir rei publicae constituendae – triumvir for the reestablishing of the republic). With this design, Octavian propagated his pietas, his fidelity towards the godly laws and the republic.

The reverse shows a curule chair bearing the legend CAESAR DIC PER (Caesar dictator perpetuo), alluding to the murdered Julius Caesar, who had been the adoptive father of Octavian.