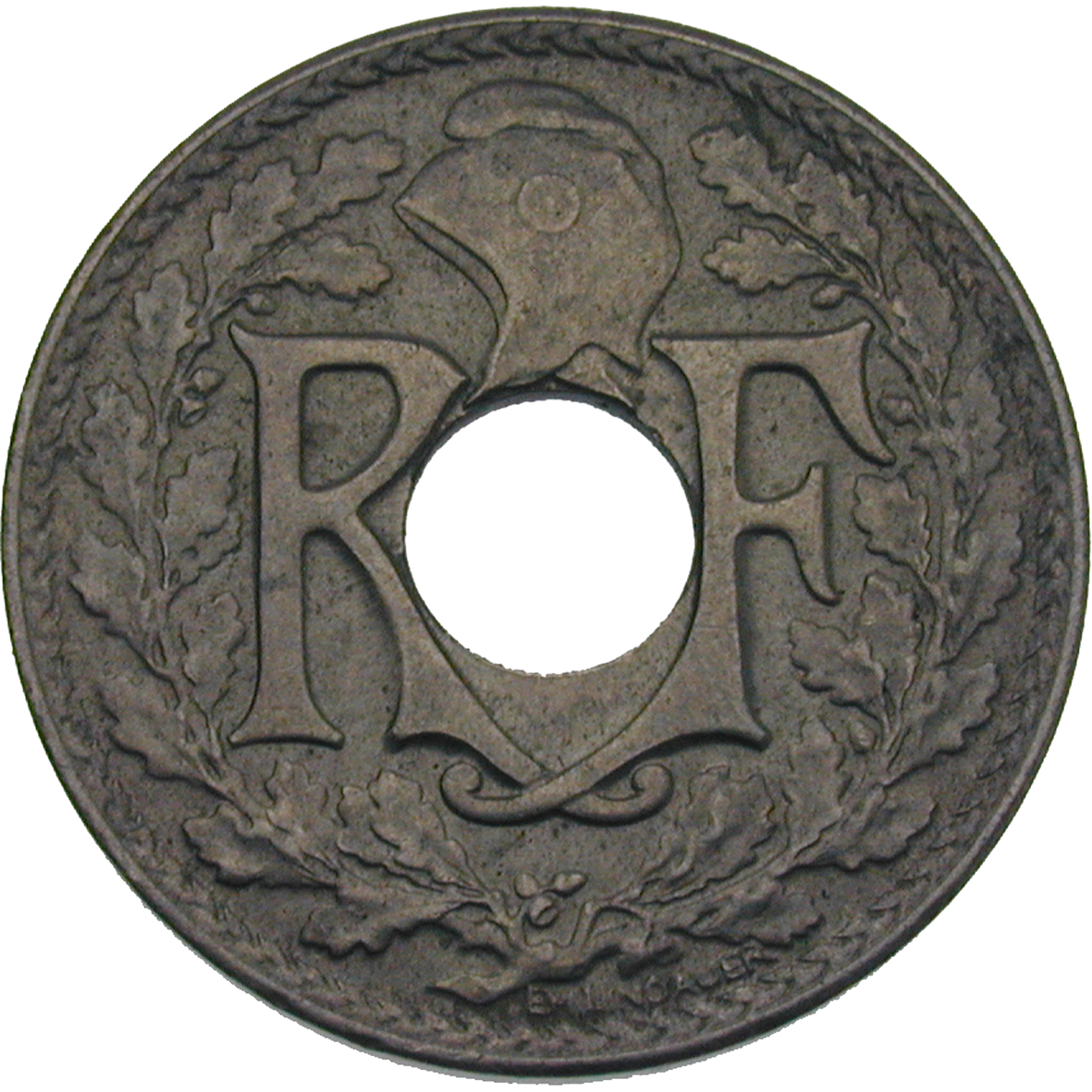 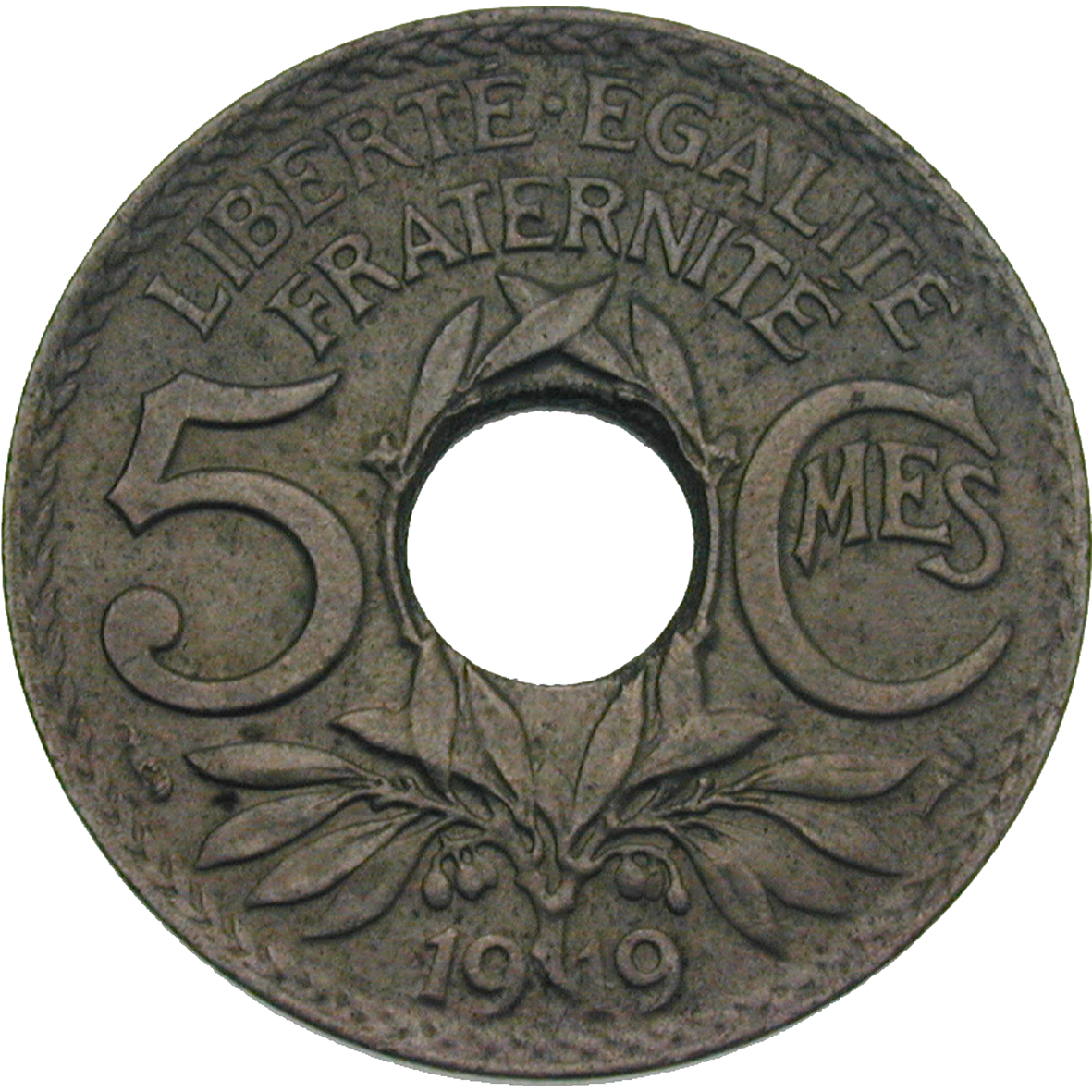 In April 1919, the exchange rate of the franc opposite the dollar started to drop, until it picked up at about 20 percent of its pre-war value in 1924. This was a deferred reaction to the inflation, from which France suffered since the First World War. During these years, the French government did not mint any silver coins. The only national issues were small copper-nickel coins with a central hole. They bore a wreath of oak leaves on their obverse, surrounding the letters RF for République Française and a liberty cap. The reverse depicted a laurel wreath, the motto LIBERTÉ ÉGALITÉ FRATERNITÉ (liberty, equality, fraternity), the date, and the denomination of the coin: 5 centimes.