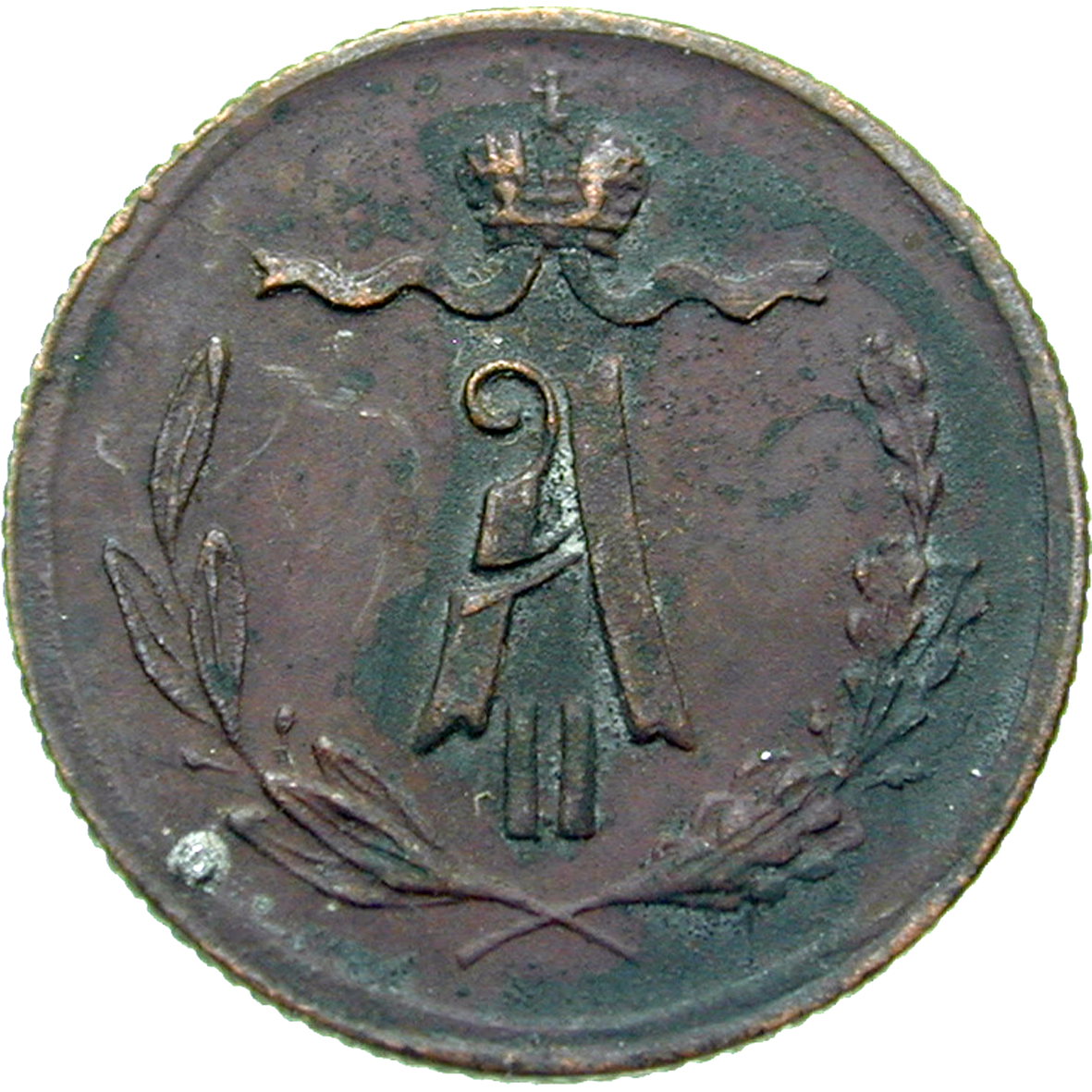 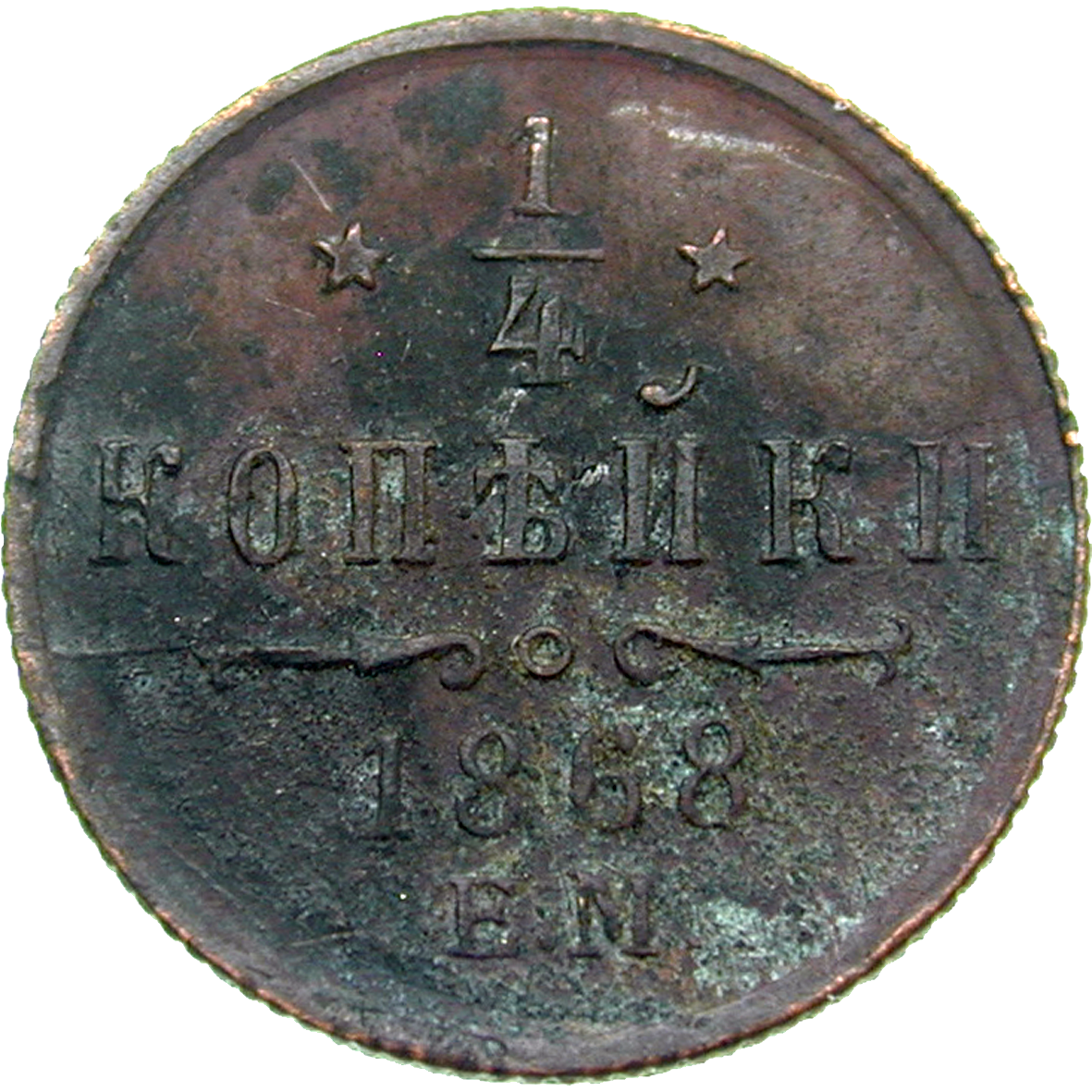 The polushka is one of the oldest coins of the Russian monetary system. It was issued as half denga since the late 14th century. In the 15th century, when the kopeck worth two dengi was introduced, the polushka became a quarter kopeck. The coin image of the polushka changed in the course of time. In the 19th century, it mostly bore the initial of the issuing tsar on the obverse; on this coin, it is an A for Alexander II (1855-1881). The reverse indicates the denomination and the date and place of coinage.