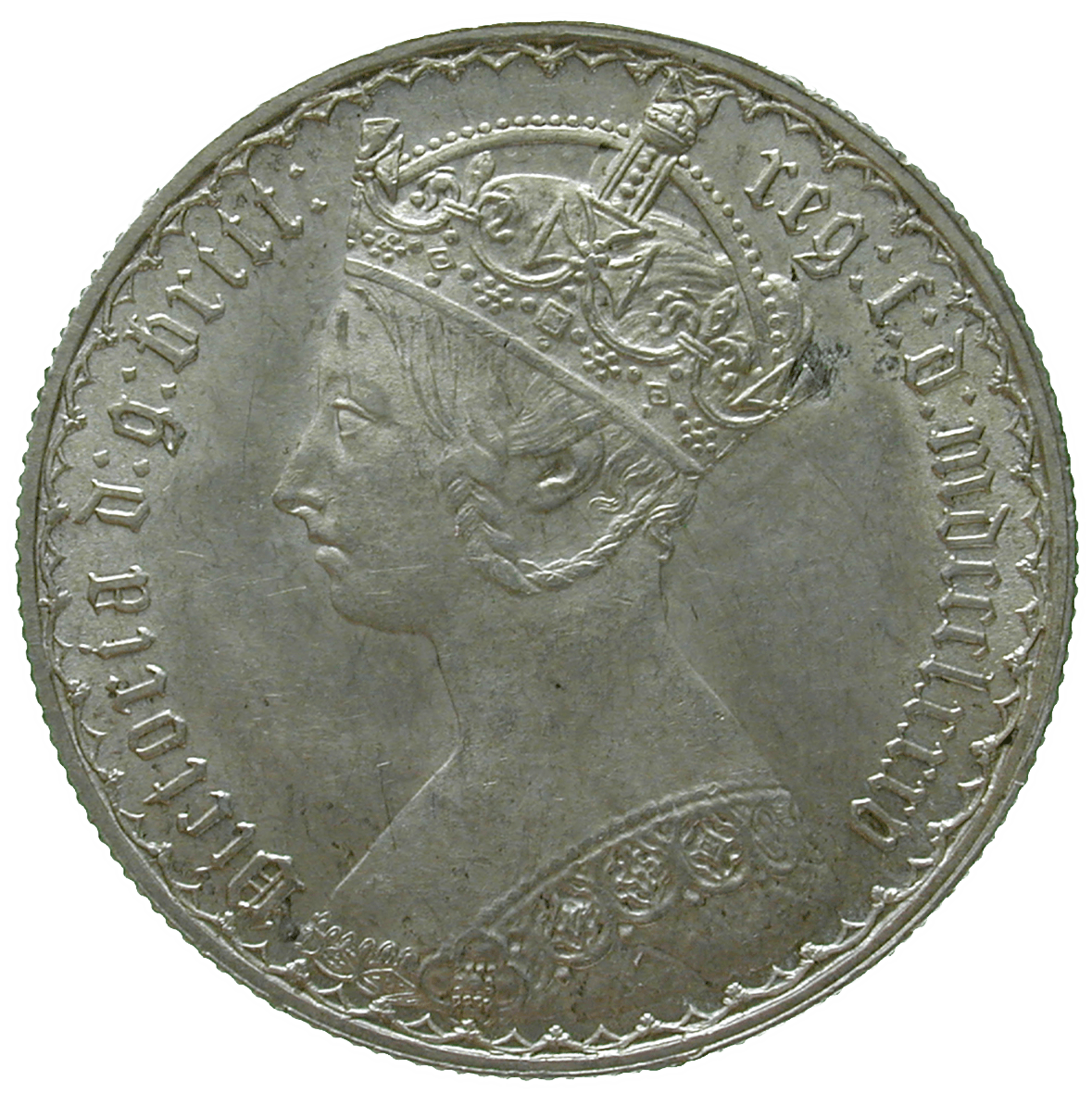 The Victorian Era – the time of the long reign of Queen Victoria (1837-1901) – was a period of prosperity for the British people. Large profits were gained from the overseas British Empire. The industrial improvements at home finally showed impact on mining and engineering. Especially the development of railroads had significant consequences, and secured Great Britain's technological lead for a long time to come. All this allowed a large, educated middle class to develop. The English florin with the value of 2 shilling was introduced in 1848 in honor of the queen. It was minted with few interruptions throughout her long reign. The florin was one of the most beautiful coins of the time.