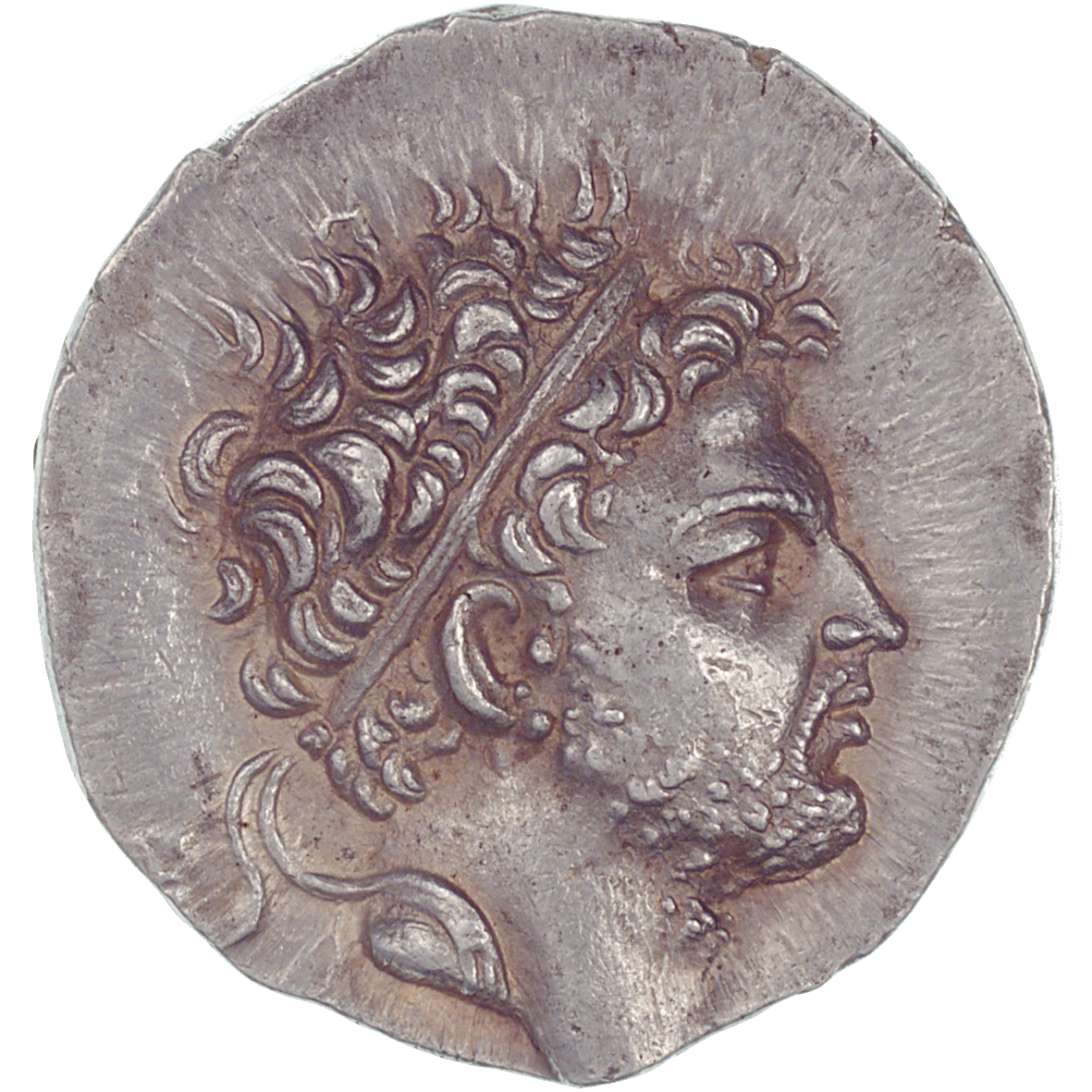 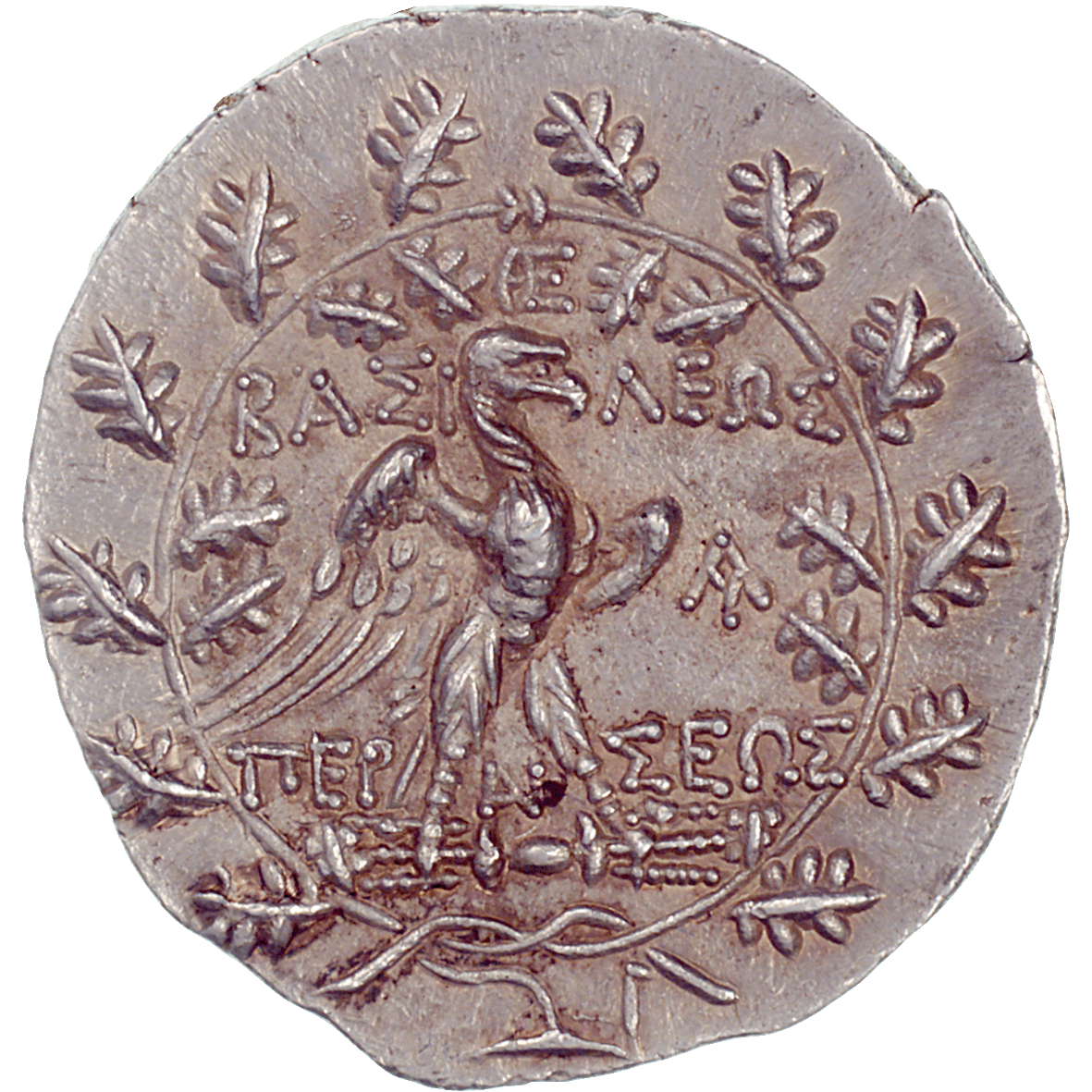 Perseus (179-168 BC), whose portrait the obverse of this tetradrachm shows, was the last king of Macedonia. Like his father Philip V, he was in constant conflict with the increasingly powerful Roman Republic.

To Rome's displeasure, Perseus signed treaties with various Greek city-states during his reign. This led to the outbreak of the Third Macedonian war in 171 BC. Three years later Perseus was defeated, taken prisoner and forced to take part in the Roman victory march. He died two years later.