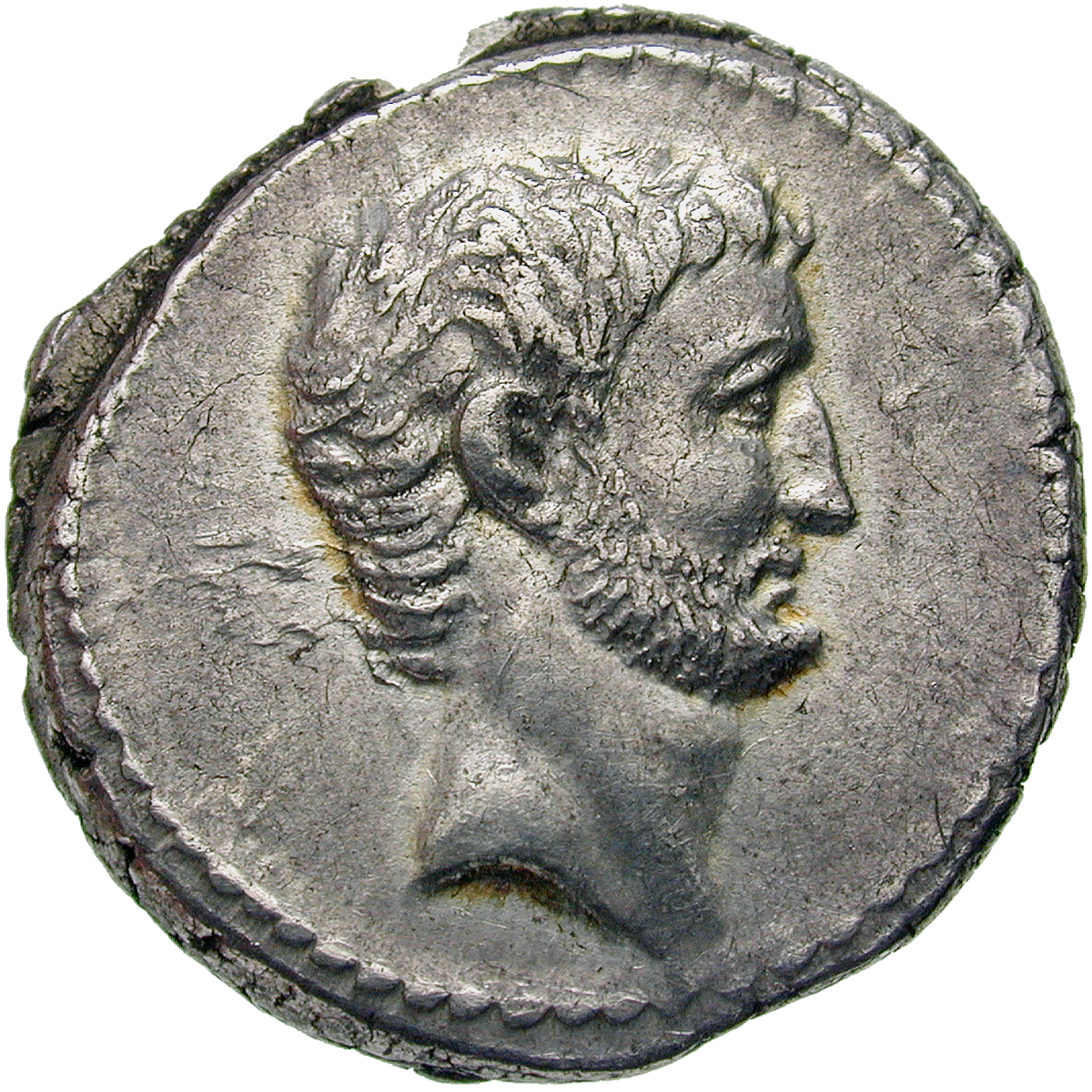 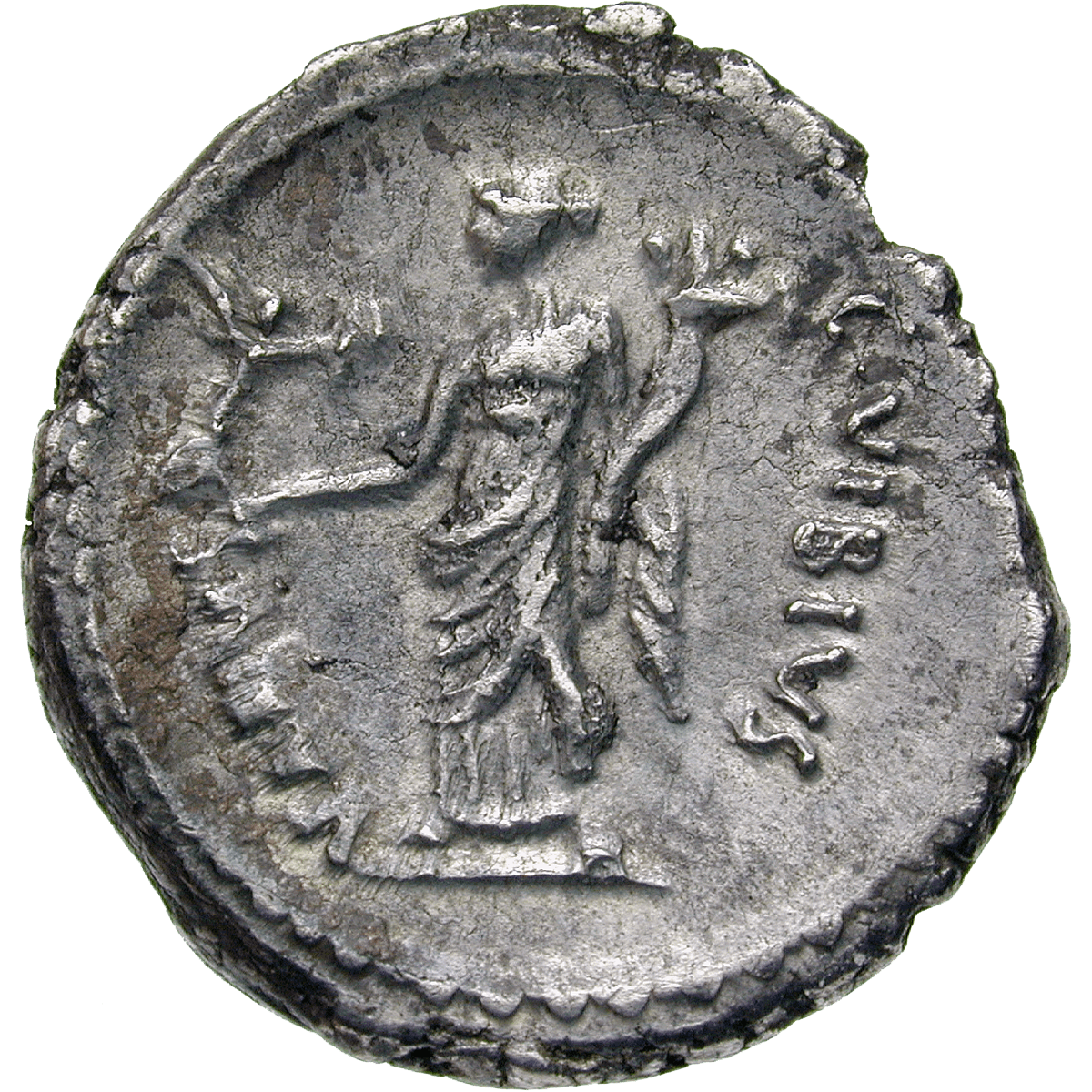 After the assassination of Julius Caesar Marcus Aemilius Lepidus, Marcus Antonius and Octavian (the later Emperor Augustus) instituted the Second Triumvirate to secure their power. In the struggle for power, the three kept one another in check.

This coin was issued on behalf of Marcus Antonius. It dates to 42 BC and features Fortuna, the goddess of good fortune. She holds Victoria in her hand, the goddess of victory. The moody Fortuna is still on the side of Mark Antony here, who is beautifully portrayed on the obverse. Some years later Fortuna was to withdraw her favor from Antony. Together with his ally, the Egyptian queen Cleopatra, he was defeated in the Battle of Actium. On August 1, 30 BC, he committed suicide.