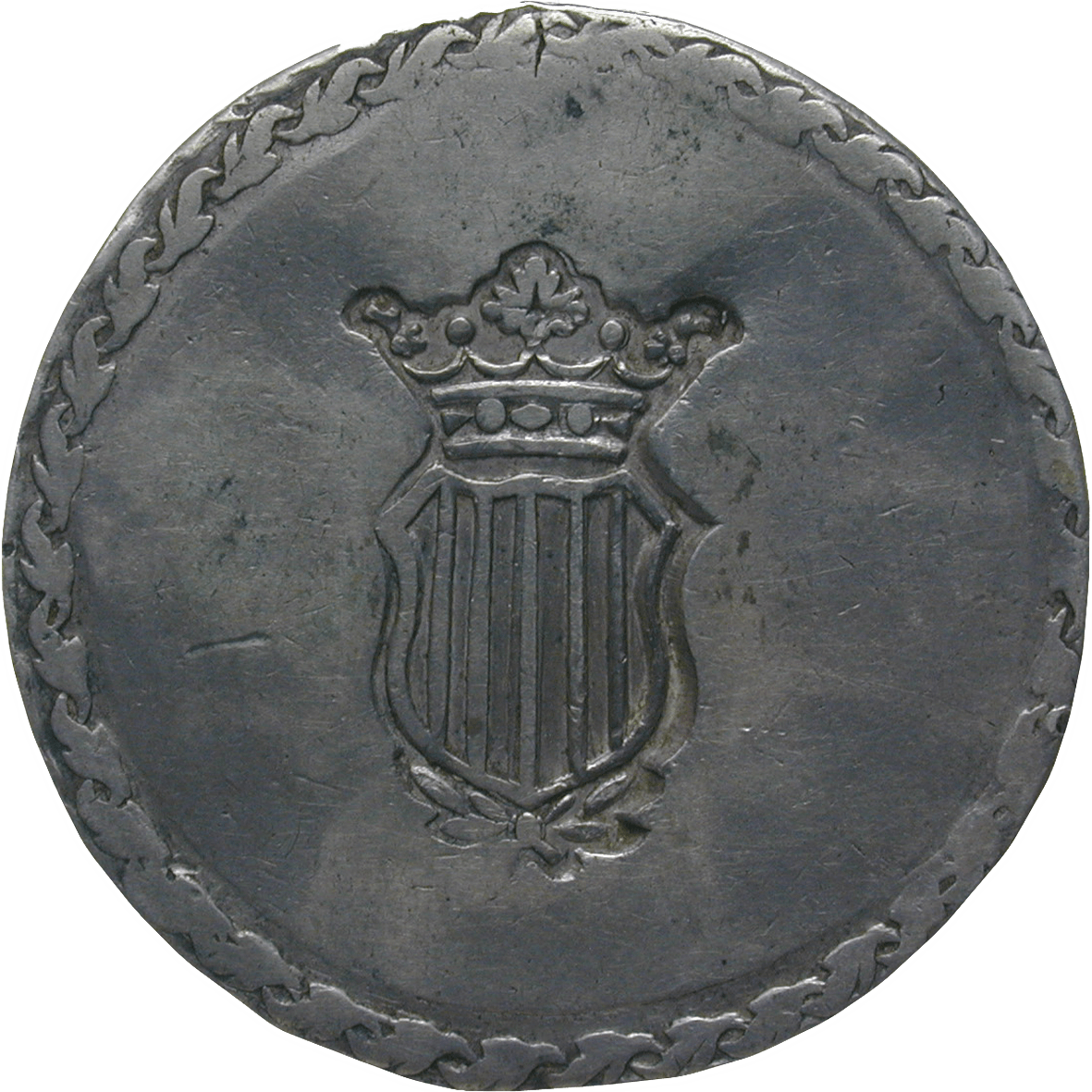 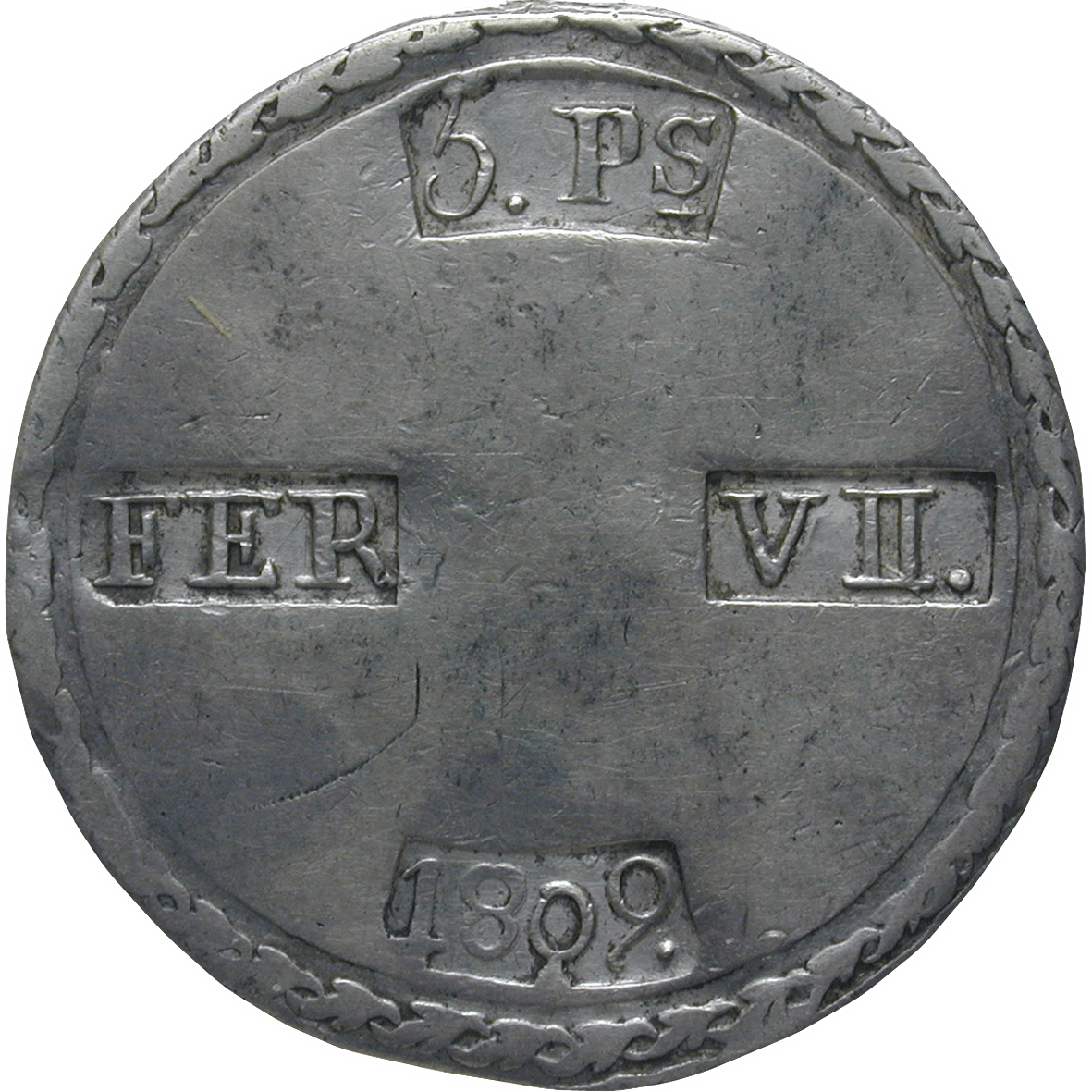 Between 1792 and 1815 Europe was at war. The cause was the attempt of the French Revolutionary Army under Napoleon Bonaparte to overthrow the old socio- and power-political structures in Europe and to replace them by the achievements of the French Revolution, liberty, equality and fraternity. In 1808, the war sprang over to Spain: Napoleon deposed the Spanish king Ferdinand VII and instead enthroned his own brother, Joseph Bonaparte. Unlike in the rest of Europe, however, where there had been only weak and ineffective resistance against the French, the Spanish unanimously stood firm. Revolts broke out throughout the country, and soon small groups of partisans fought the French all over Spain. This bellicose engagement of large parts of the population is the origin of the word "guerrilla." One of the leaders of the Spanish war of liberation was the Aragonese José de Palafox y Melzi, Duke of Saragossa. To recruit and pay soldiers, he had coins struck in the name of King Ferdinand. This piece was minted in 1809 in the city of Tarragona. The obverse bears the Aragonese coat, the reverse the coin's value, the date and the name of the rightful Spanish king.