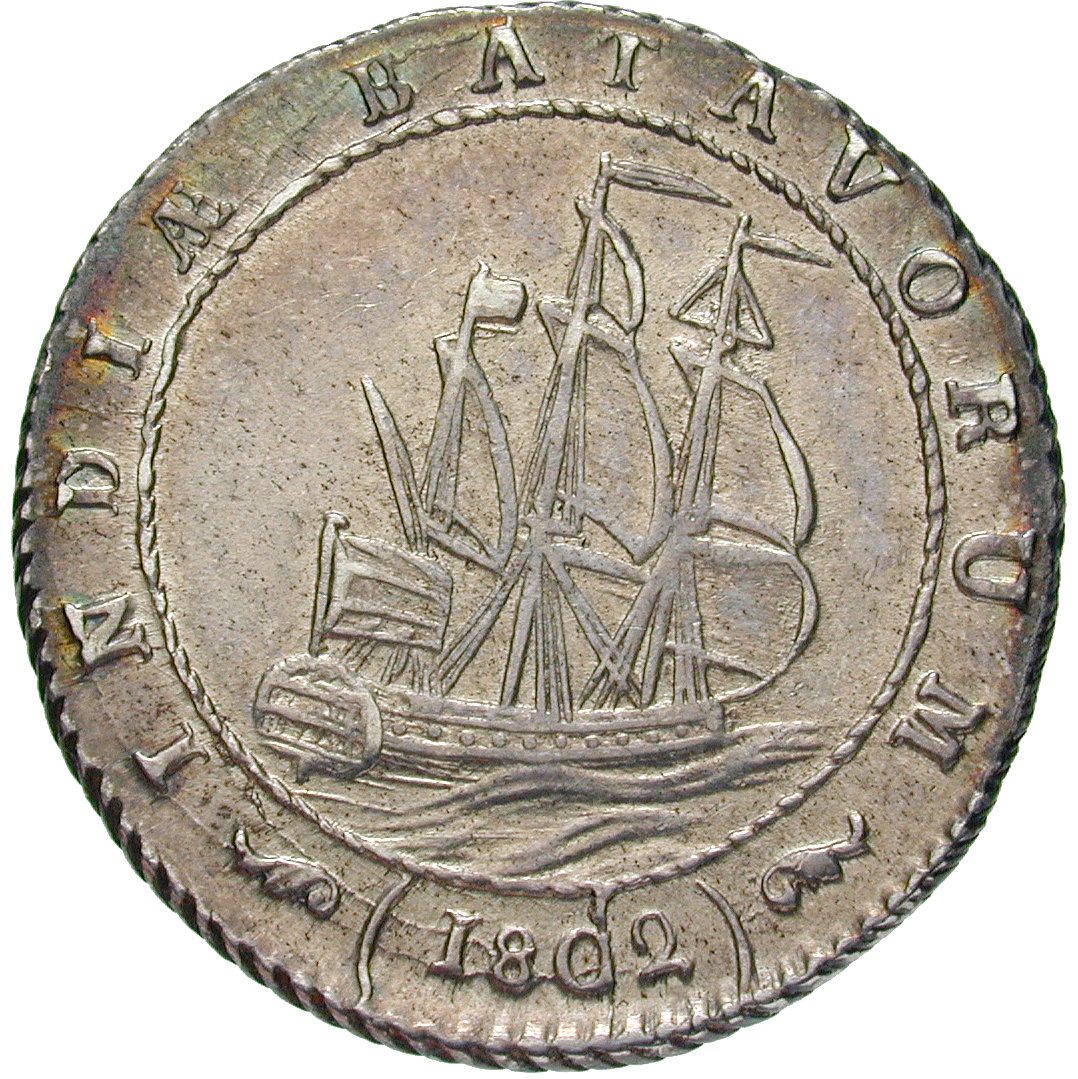 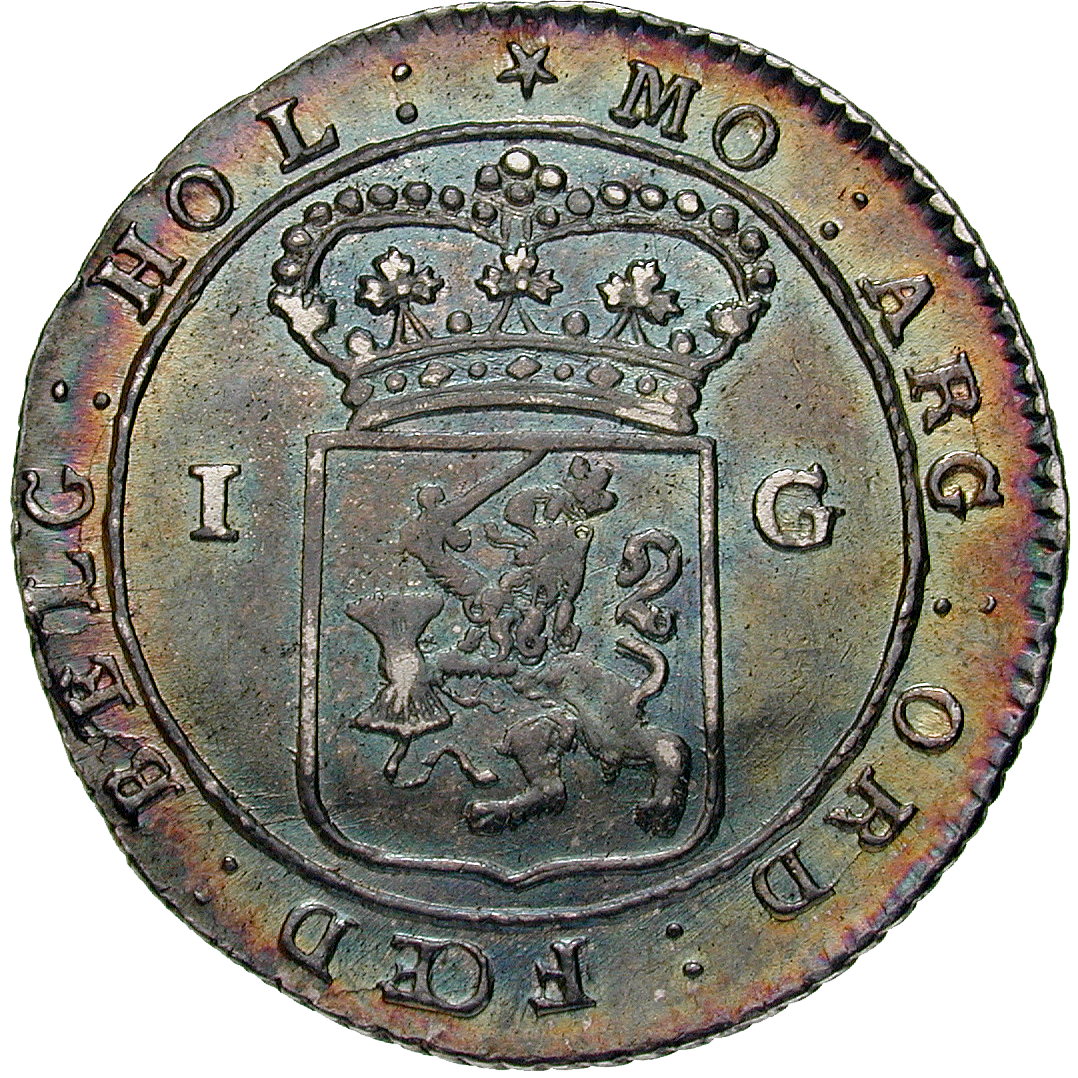 The Dutch East India Company, which had been founded in 1602, had the monopoly over Dutch maritime trade. It commanded over 150 merchant vessels. This gulden depicts one of them. The Company was the first multinational concern and one of the biggest trade companies of the 17th and 18th centuries. When this gulden was struck, the days of the Company were numbered, however. In 1794, Holland was transformed into the Batavian Republic by Napoleon Bonaparte. The possessions of the Dutch East India Company were nationalized. In 1798 the Company was dissolved and new trade coins were issued. The trade gulden from 1799 depicted a three-master in full speed as a symbol of maritime trade.