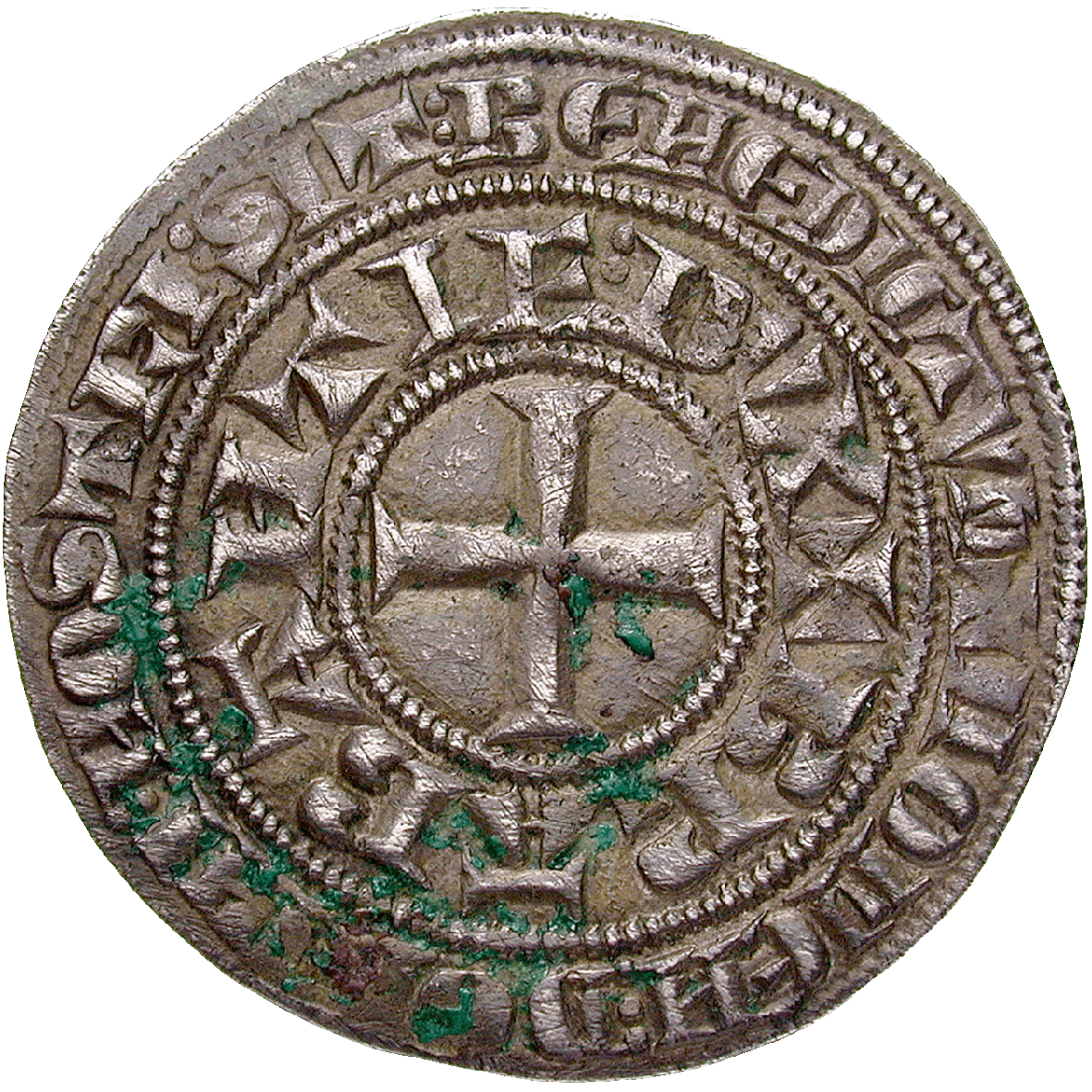 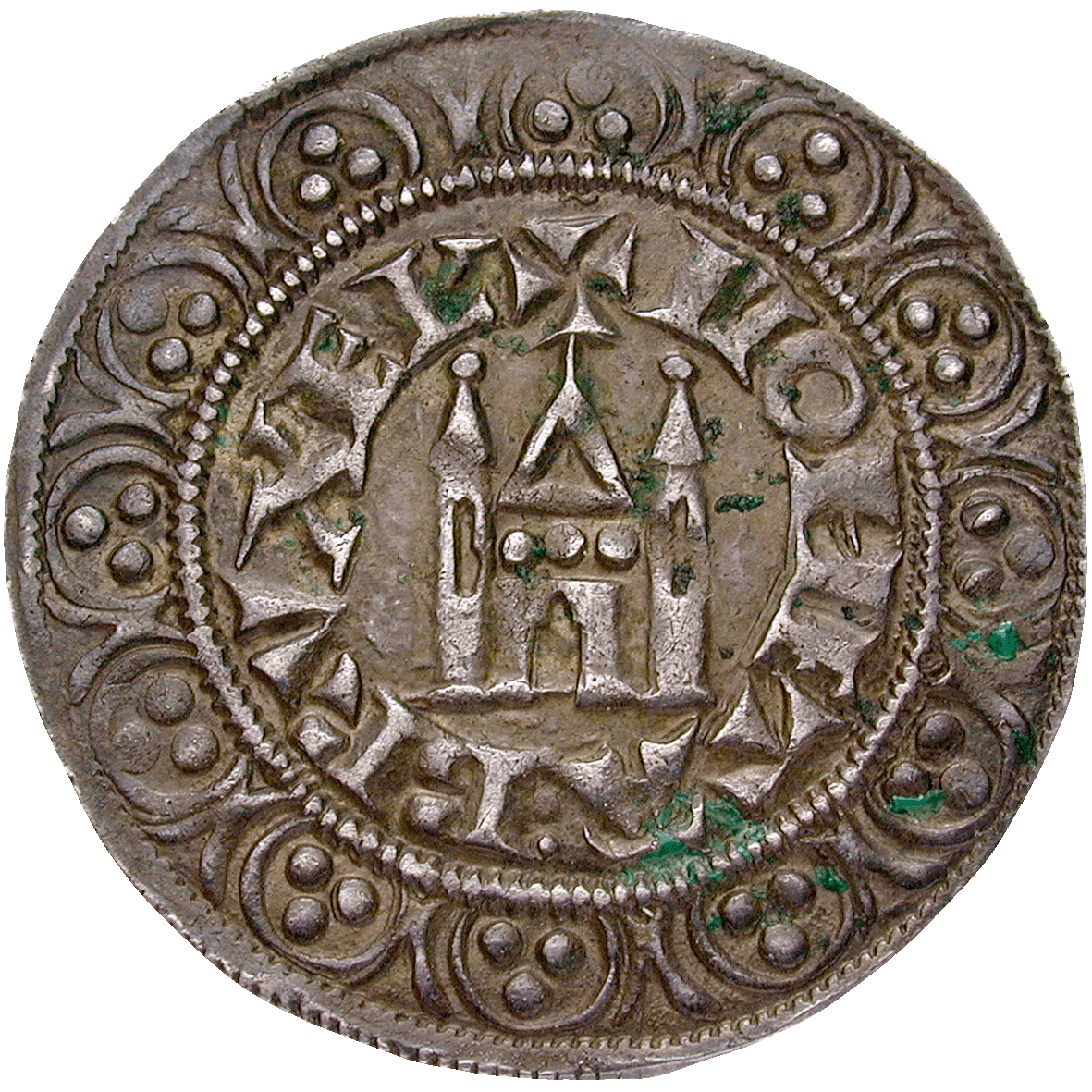 For a long time, the major trade coins used in the Duchy of Brabant were English pennies. The reason was that on the one hand the pennies of the Low Countries were of small size and low value; on the other hand, English wool was extremely important for the weavers of Flanders and Brabant. When the local rulers of the Low Countries started to issue larger denominations, they therefore took the penny as their model. They introduced groats at a value of two pennies, so-called "small groats" (petits gros).

Towards the end of the 13th century, "large groats" came into circulation, too. They were copied after the French groat coins, the gros tournois. One large groat had the value of two thirds of a small groat.
ca. 1300 n. Chr.
Late Middle Ages84
Currency systems162