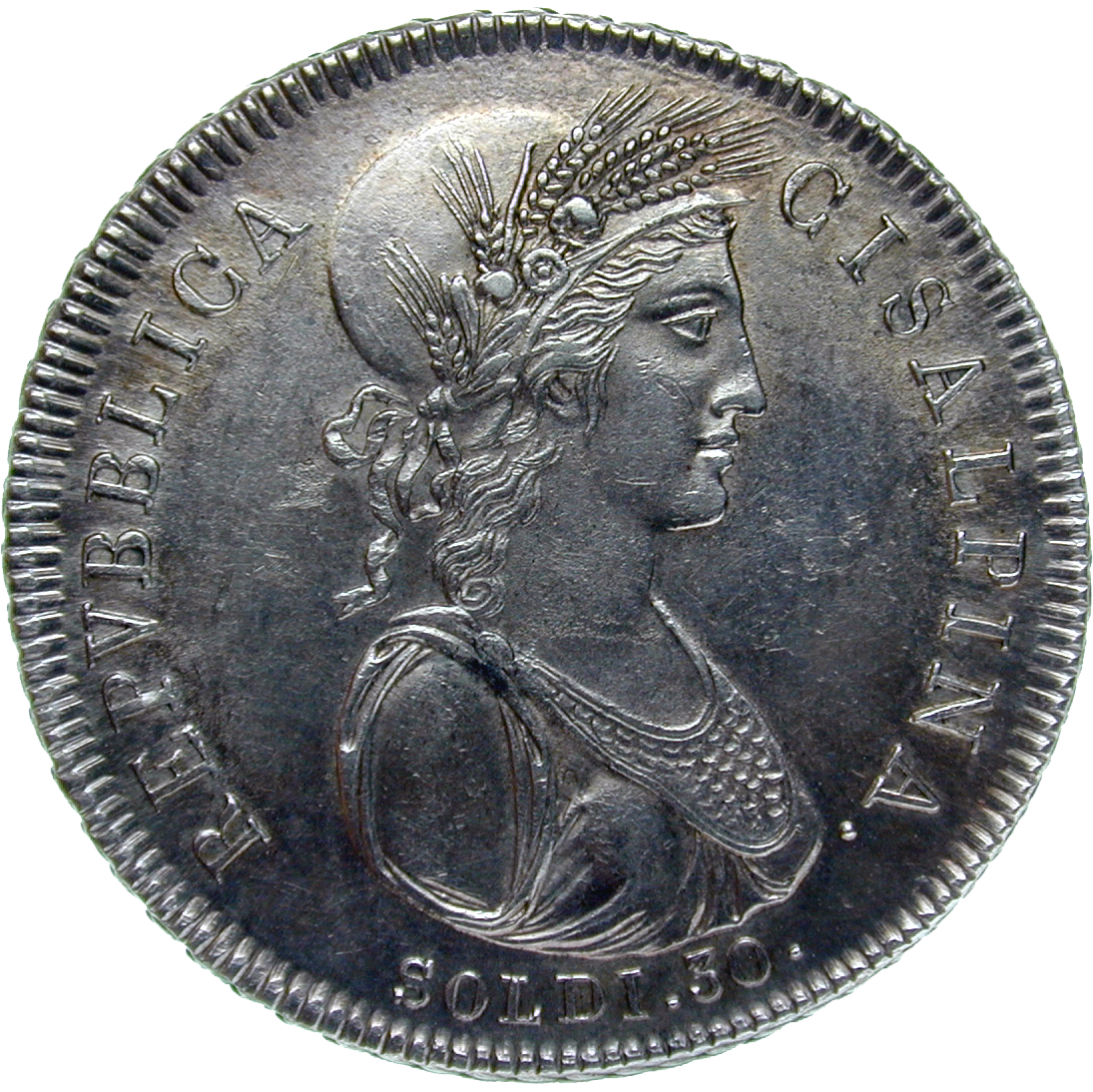 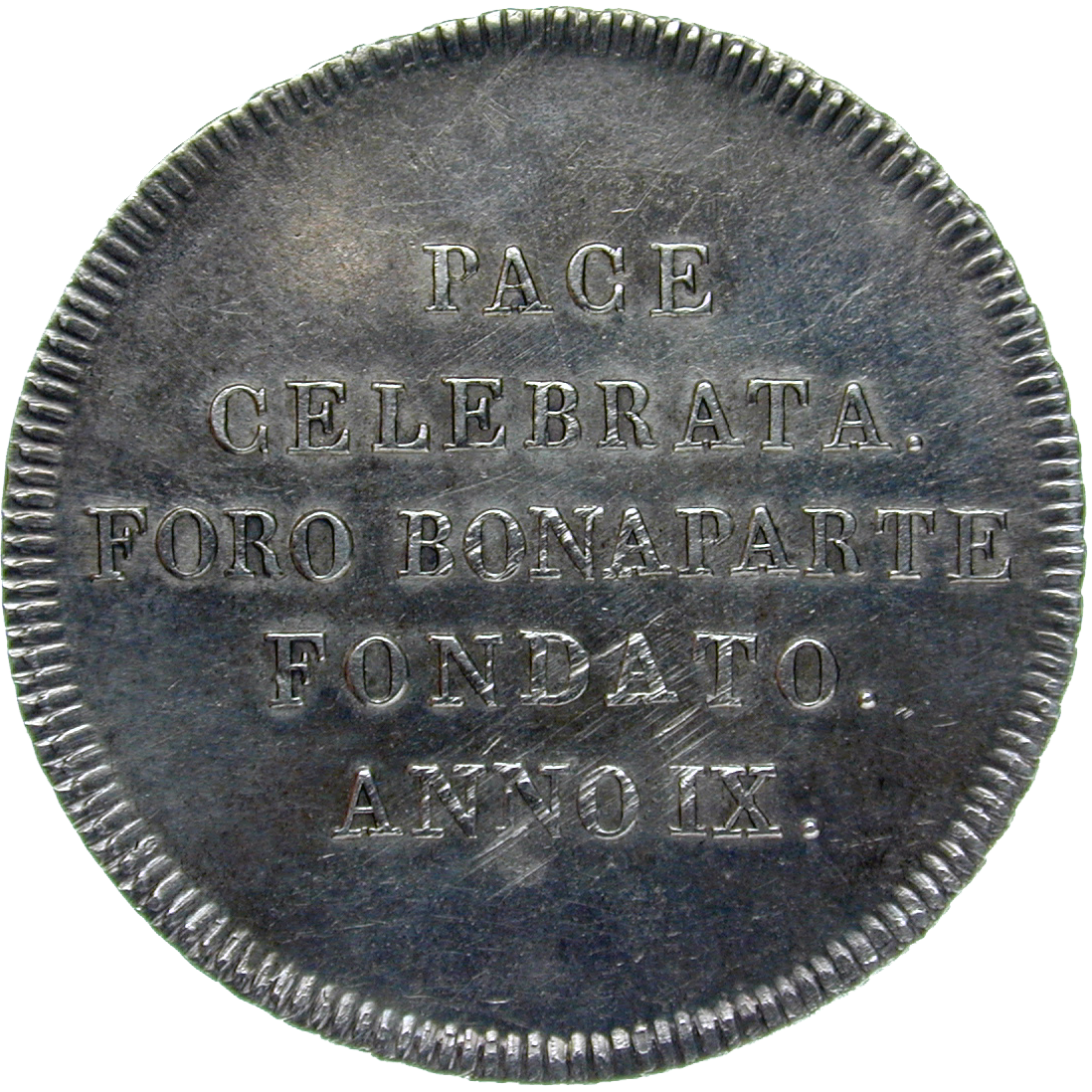 On his Italian campaign of 1796, Napoleon Bonaparte and his French revolutionary army conquered large parts of northern Italy. Subsequently, he began to develop a French satellite state system by founding several reliant republics, among them the Cisalpine Republic with the capital of Milan. Cunningly, Napoleon used coinage as means of political propaganda. The obverse of this piece shows, according to antique Roman pattern, the personification of the Cisalpine Republic. The inscription on the reverse reads PACE CELEBRATA FORO BONAPARTE FONDATO ANNO IX. This coin thus celebrates the laying of the foundation of the Forum Bonaparte at Milan, and the peace of Lunéville that was made up in 1801 – the year 11 of the French revolutionary calendar – between France and Austria and also included the Holy Roman Empire.