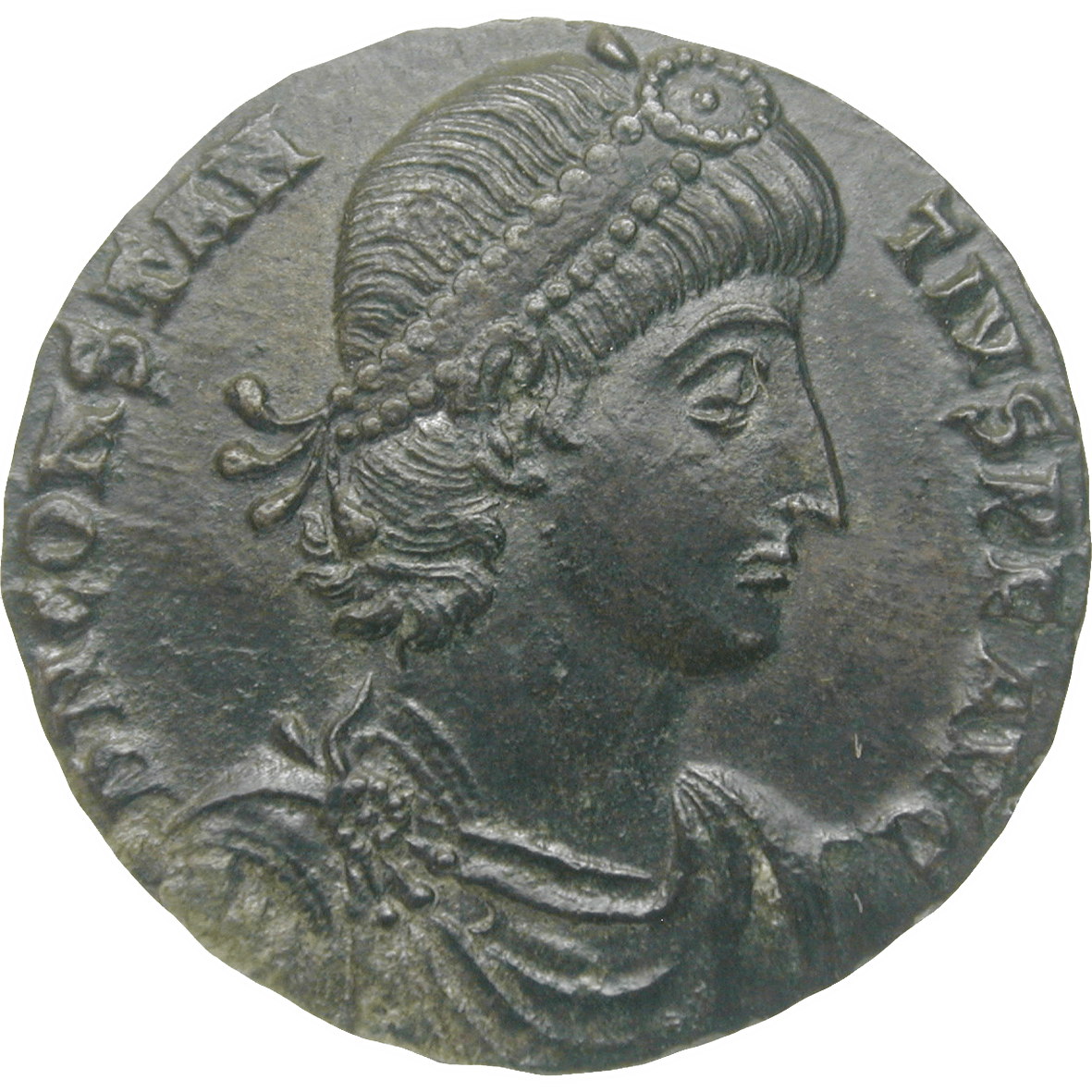 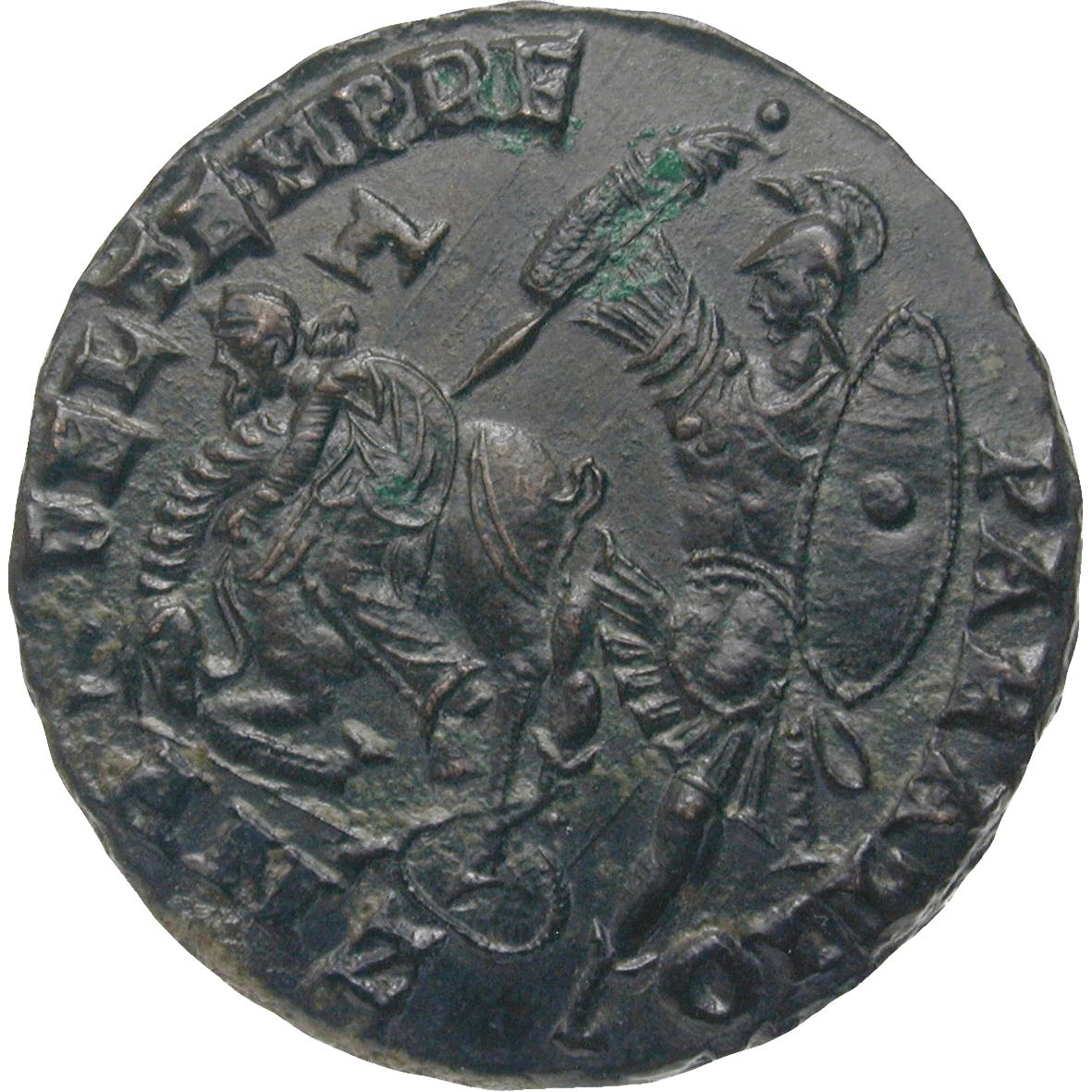 Constantius looked much like his father, and emphasized this on his money. Until the time of mass media, coins were important mediums of information. Spreading fast and wide, they transported the appearance of an emperor and his political program into every corner of the empire. Like little cartoons, they enabled the illiterate to interpret them as well.

The reverse of this maiorina shows a soldier with a lance and an shield over a fallen horseman. The coin was issued immediately after the Battle of Mursa and likely depicts a scene from that battle of the year 351. In that event Constantius II fought successfully against a usurper.