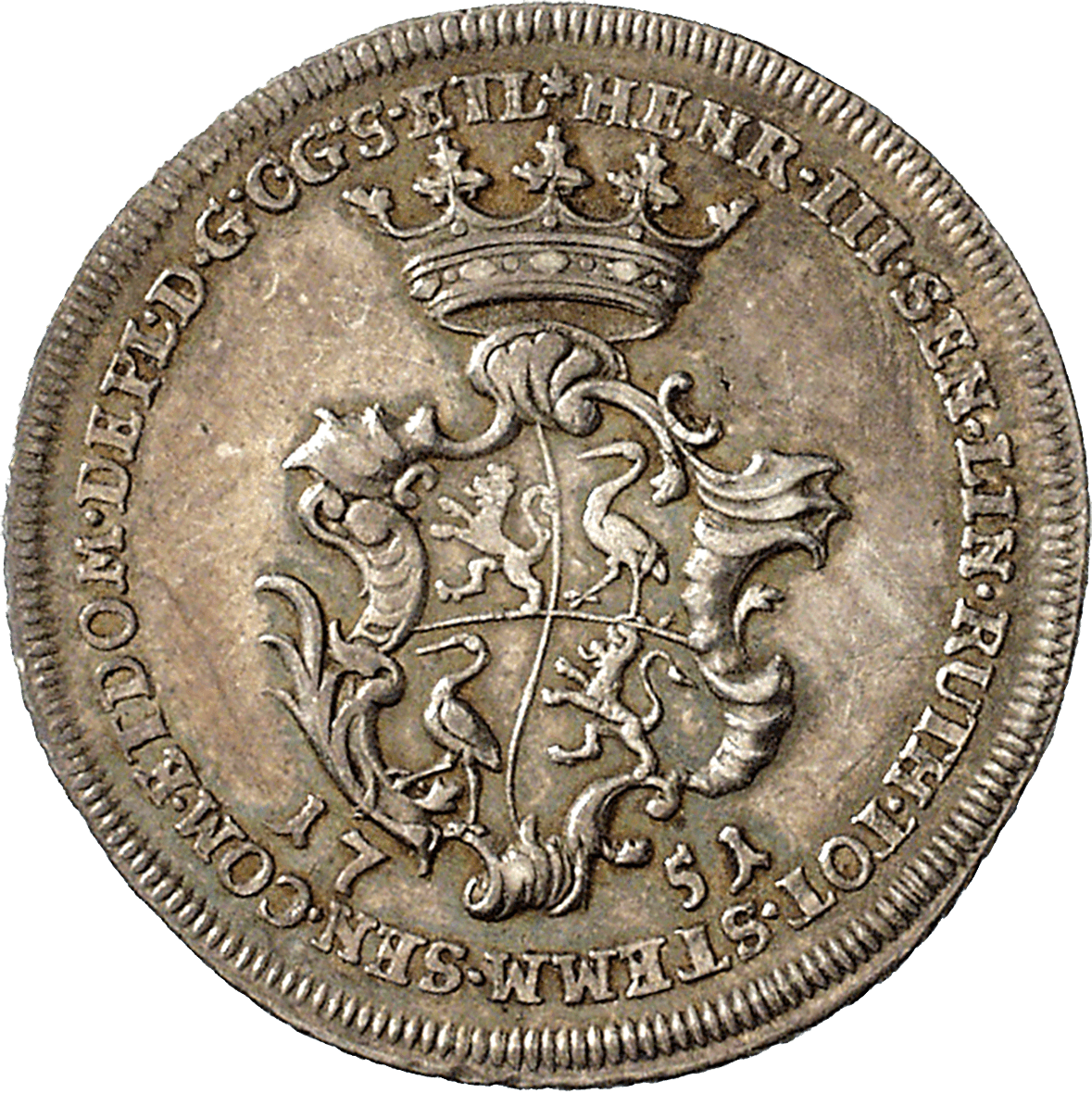 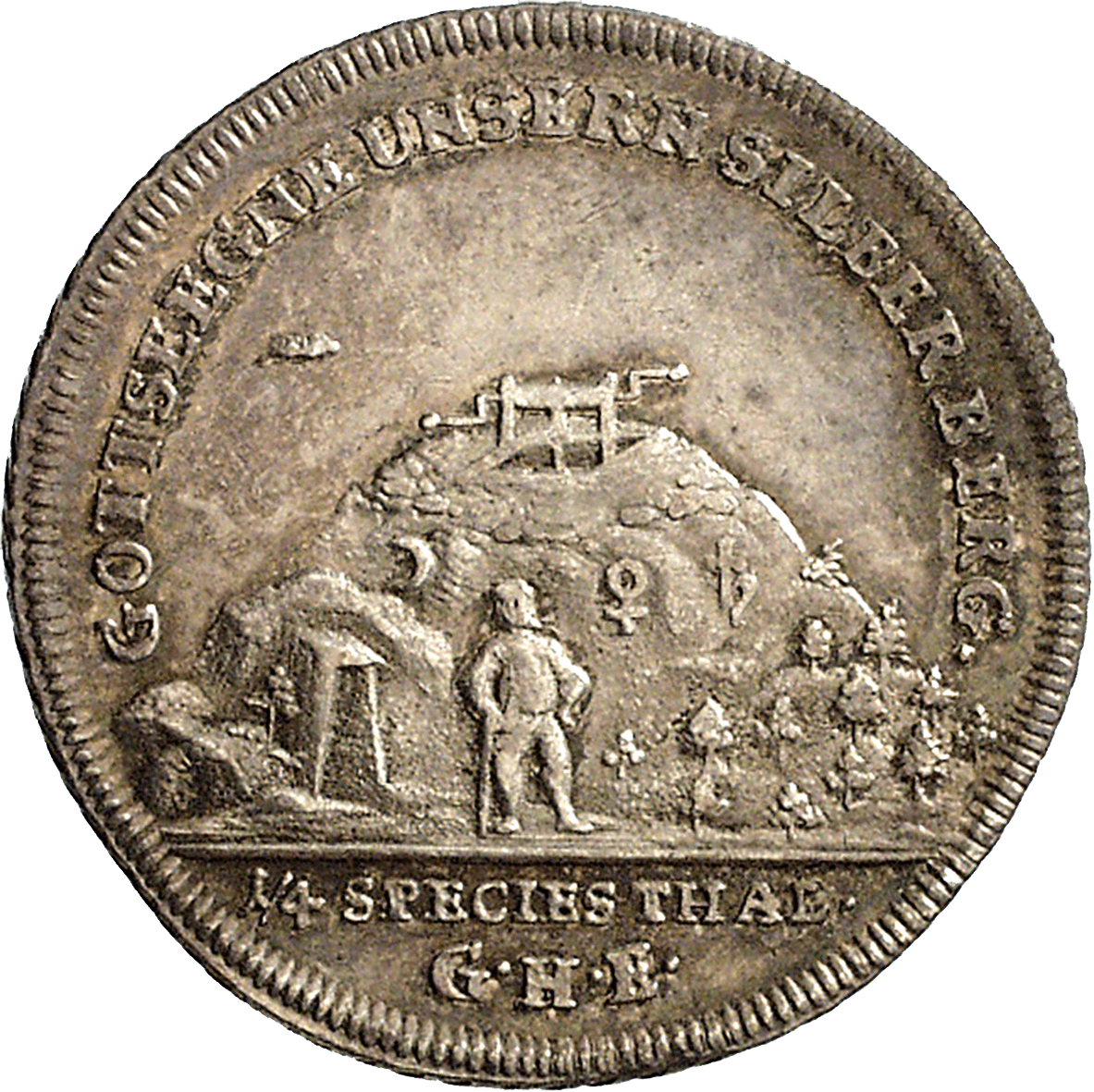 "God save our silver mountain" is the inscription on this coin; below, a silver mine is depicted. In vernacular, coins made of silver from regional silver mines were called "exploitation talers" (Ausbeutetaler in German). Officially, however, the talers from the silver mine of Reuss-Untergreitz were labeled "species taler" – after the Latin word "specie" for "appearance, type." The term species-taler thus described actually minted coins, in contrast to coins of acconut, which were not issued but only used for calculation.