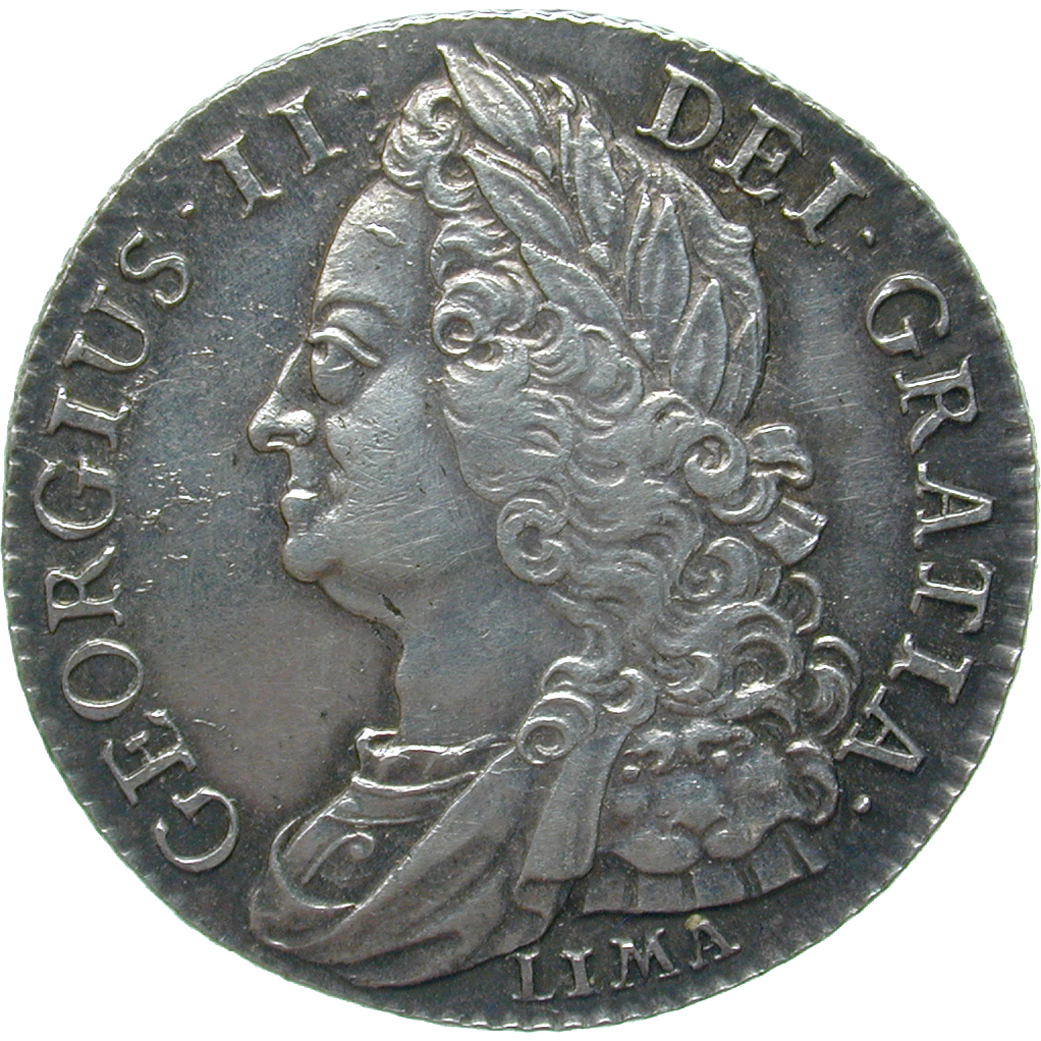 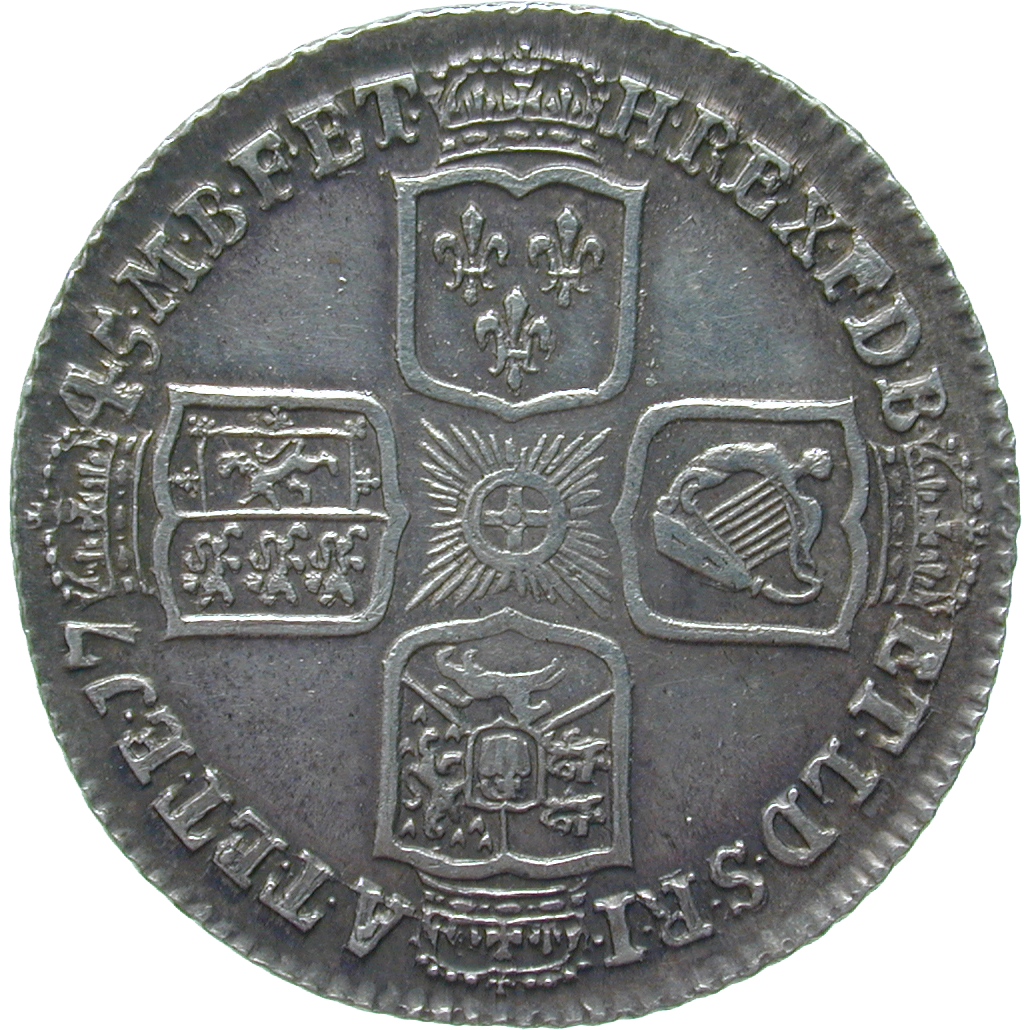 In Early Modern Times, Mexikan and Peruvian dollars were in use all over Europe, except in England. The kingdom was at war with Spain and France, and therefore cut off from the South American coins. As a result it suffered from a severe lack of precious metals. But England found a way. Although the king was officially not aware of it, English pirates were protected by the English crown. The English Admiral George Anson raided a silver transport from Peru in 1745 and brought the precious metal back to England, where ist was minted into coins. These coins were especially marked – the word "Lima" did not mean that the coins were minted there, but that the silver was originating from that city.