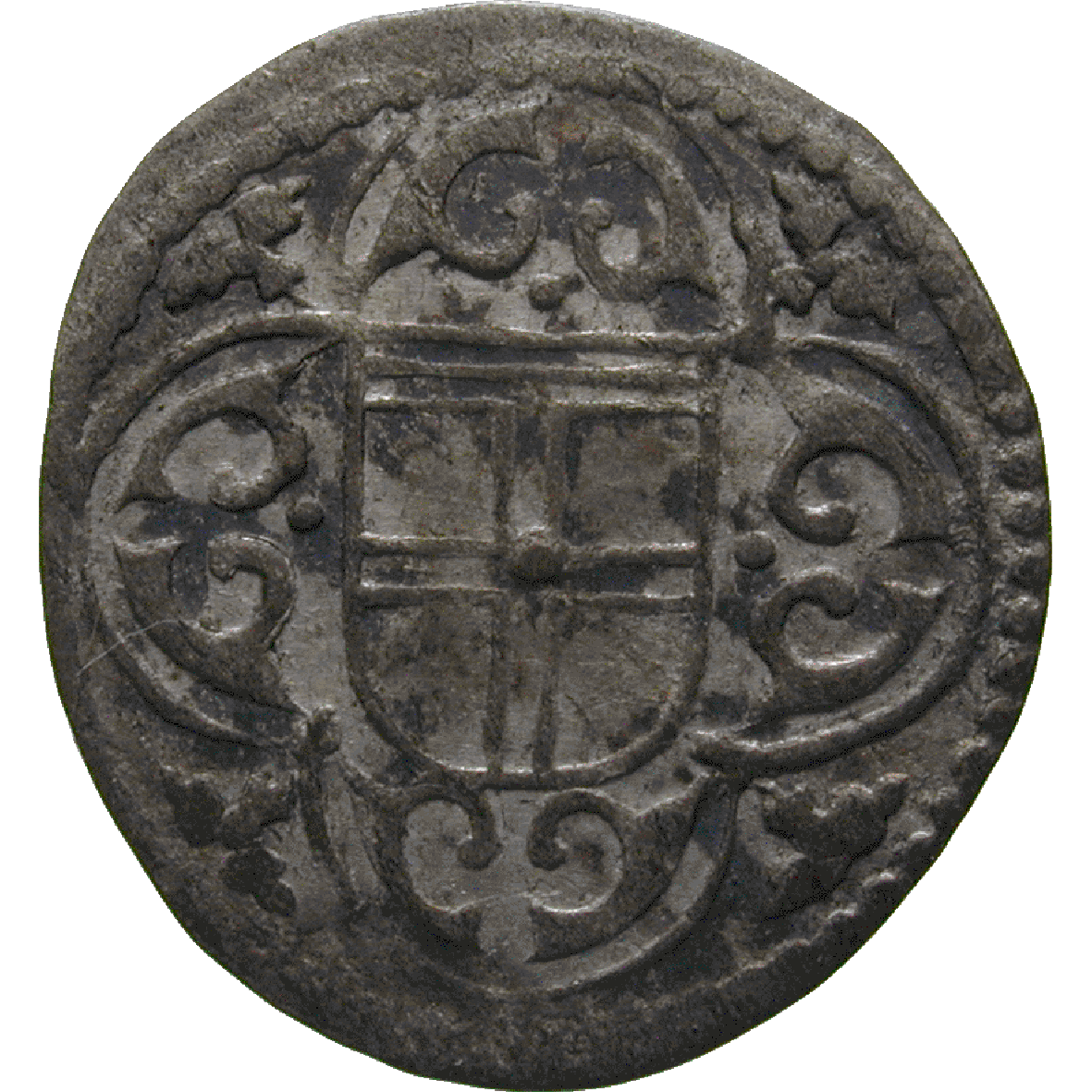 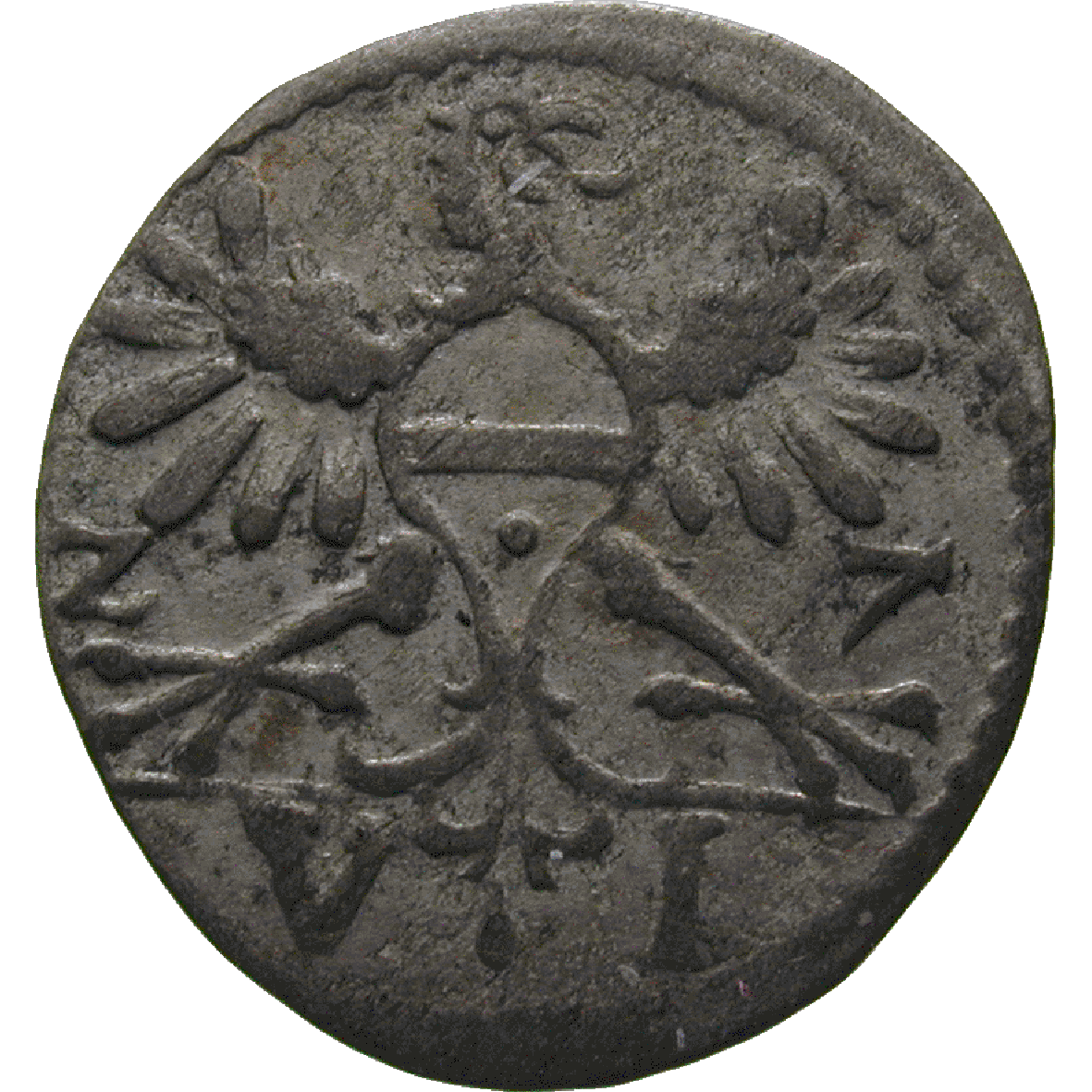 This coin of six pfennigs is extremely rare. It is made from good silver and dates back to the year 1627, the time of the Thirty Years' War thus (1618-1648). This was the age of the Kippers and Wippers in Western Europe, an epoch of unscrupulous currency depreciation. The Kippers and Wippers were agents, traders and moneychangers who bought up good coins and brought them to the mints in order to be melted down. To distinguish the good coins from the bad they used double pan balances ("Wippen") with which they eliminated ("kippen") the good coins. Thus, such good silver coins were immediately melted down at that time. The good silver was then alloyed with base metals and again turned into money – this time of low quality metal, however. In time there remained but poor coins in circulation. That this little coin has survived the melting pots is supposedly due to the fact that it was somewhere hidden and then forgotten.