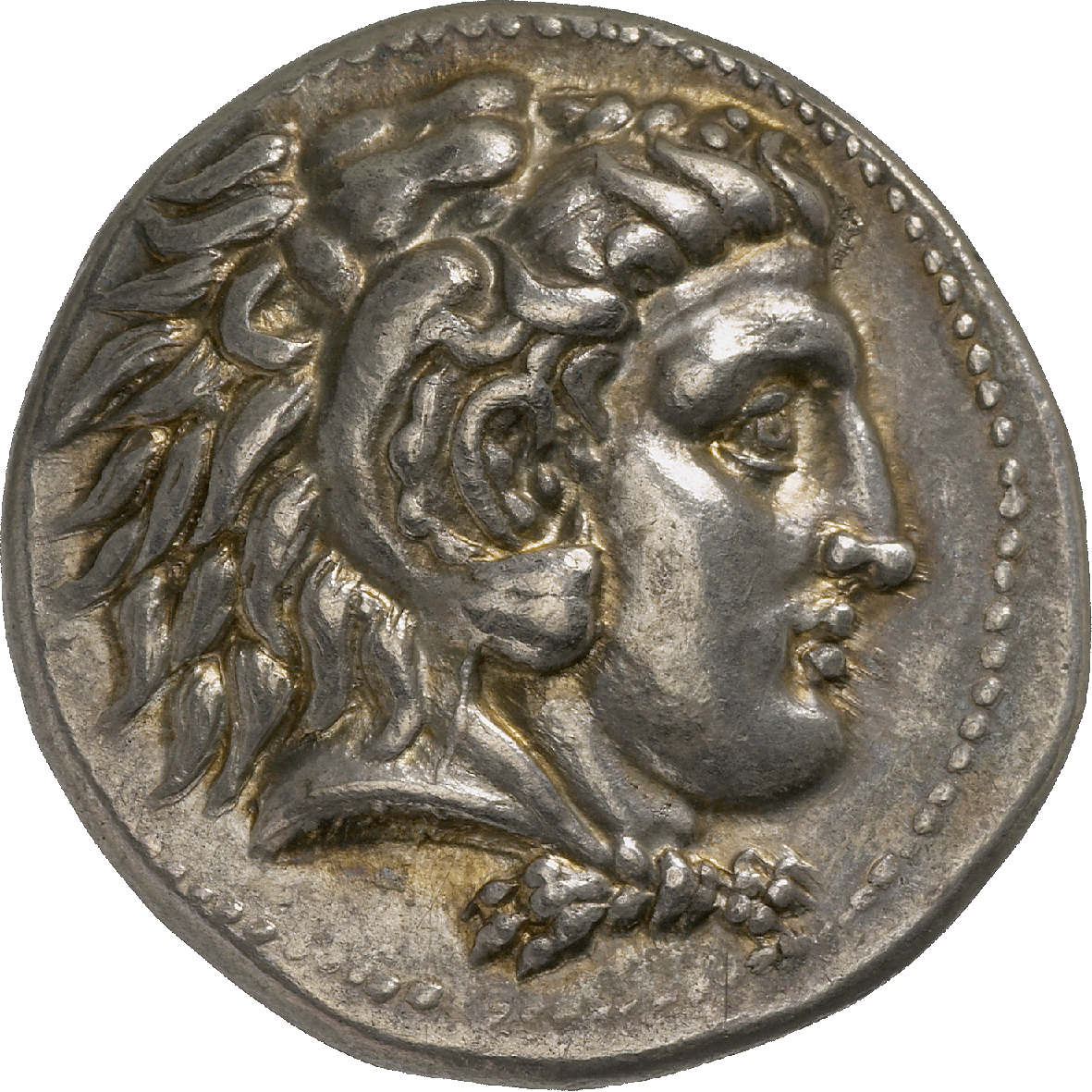 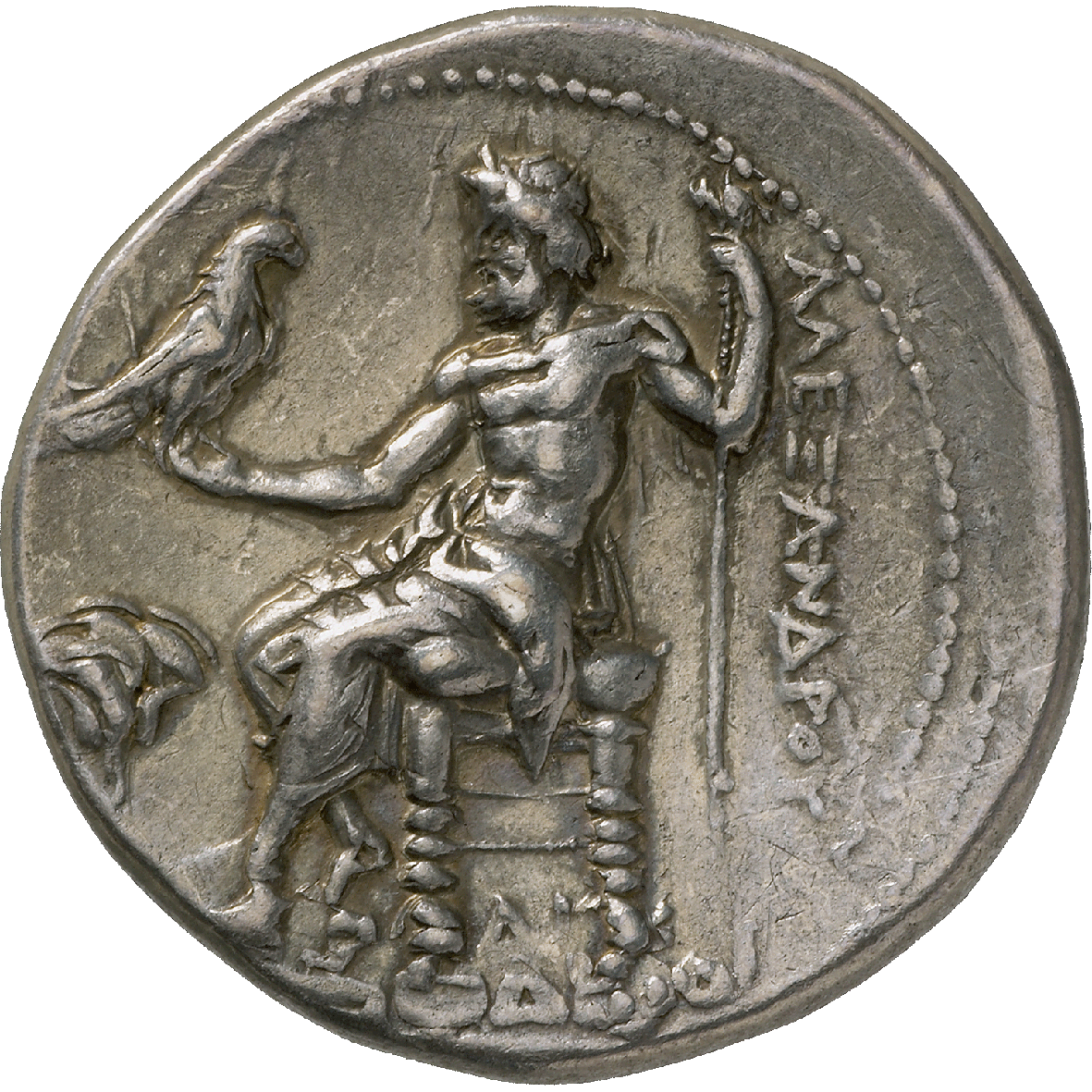 The obverse of this tetradrachm shows Alexander the Great (336-323 BC) in the guise of the Greek hero Heracles, whom Alexander regarded as progenitor of his family. The reverse depicted the father of the gods, Zeus, with an eagle, and the inscription Alexandroy, for Alexander's coin.

Alexander had such tetradrachms minted in huge numbers. Whenever he captured a new city, the silver reserves kept in the temples were turned into money – in this case it was the silver of the Egyptian city of Memphis: the rose besides Zeus is the mint mark for Memphis. Alexander's soldiers spread his coins all over the then-known world. The reputation and degree of popularity of Alexander's coins assured them wide acceptance as trade money. Soon cities, and later also Celtic tribes, started to issue money modeled after Alexander's tetradrachms.