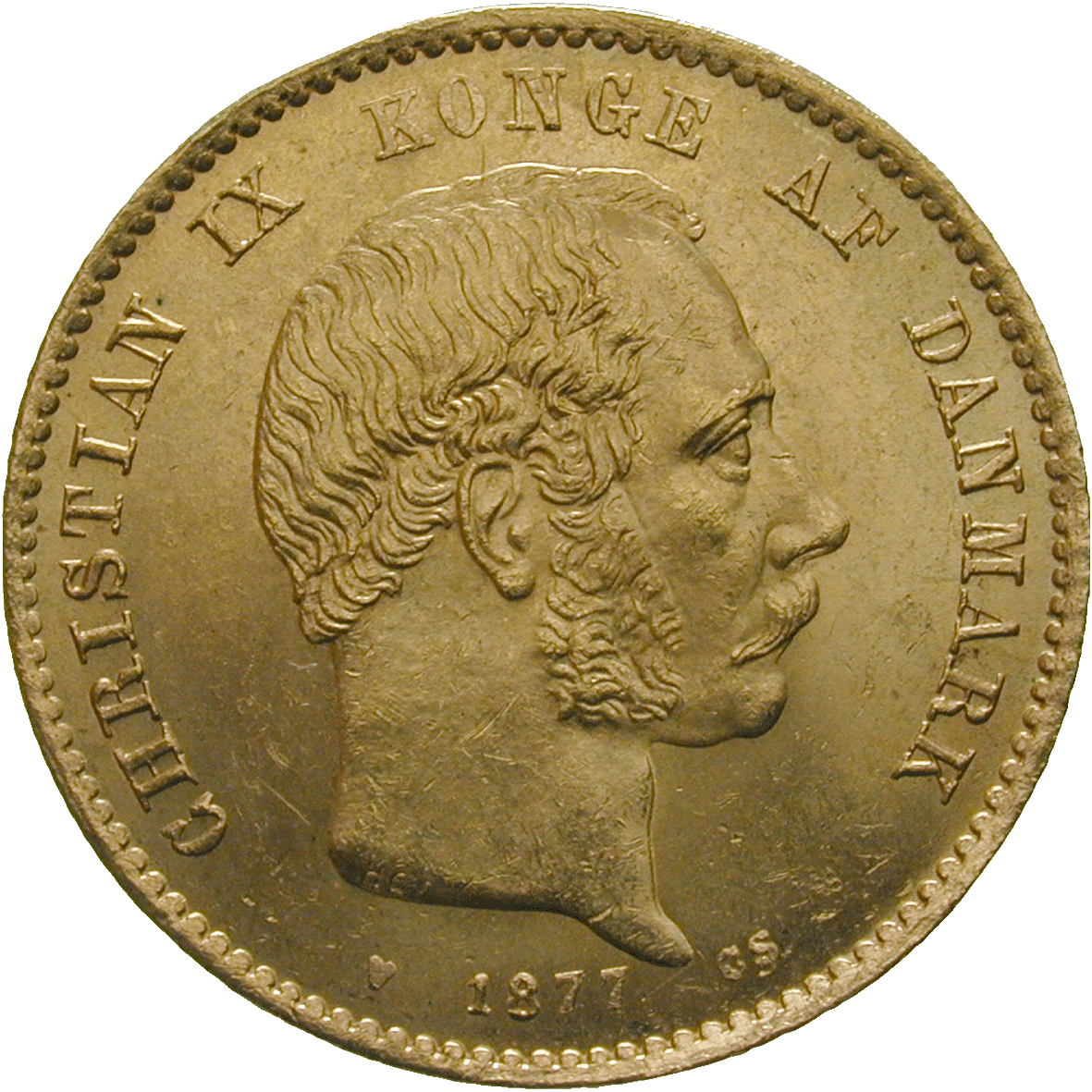 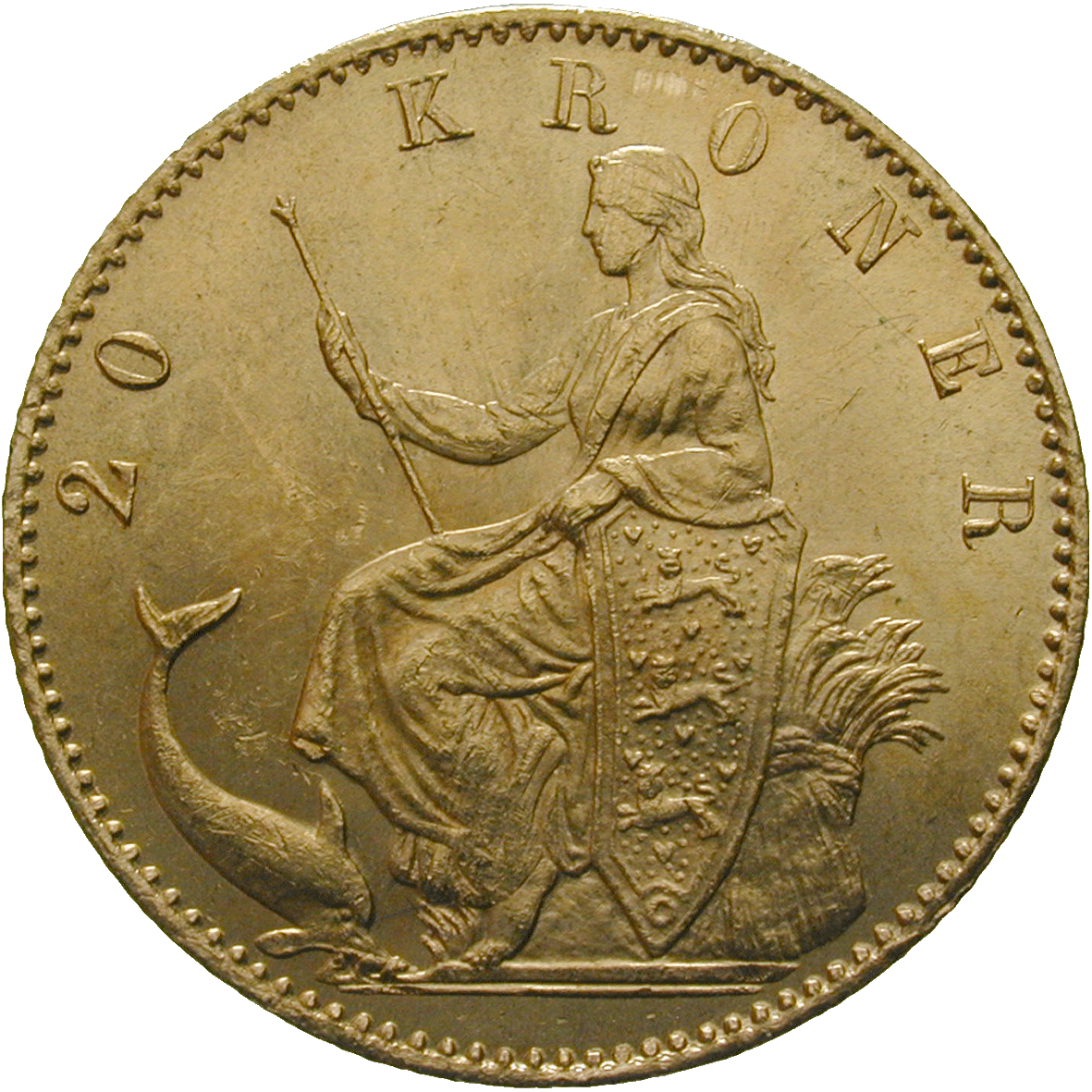 Denmark was a major European power for centuries. This is reflected in its coins. On the reverse of this golden piece of 20 crowns sits Dania, the personification of Denmark. One hand is holding a scepter, the other lays on the Danish coat of arms. At her feet leaps a dolphin as symbol of Danish naval power. Behind her sprout some plants from a bag, perhaps a hint on the fertility of the Danish lands. The obverse of our coin depicts King Christian IX (1863-1906). Such gold coins were issued from 1873 to 1890 as trade coins under the name of Christian d'or. The King married his cousin, Princess Louise of Hessen-Kassel, and with her founded the Glücksburg branch, which sits on the Danish throne up to this day. The couple begot six children who married into diverse European royal houses. This is how Christian got his nickname, Europe's "Father in Law."