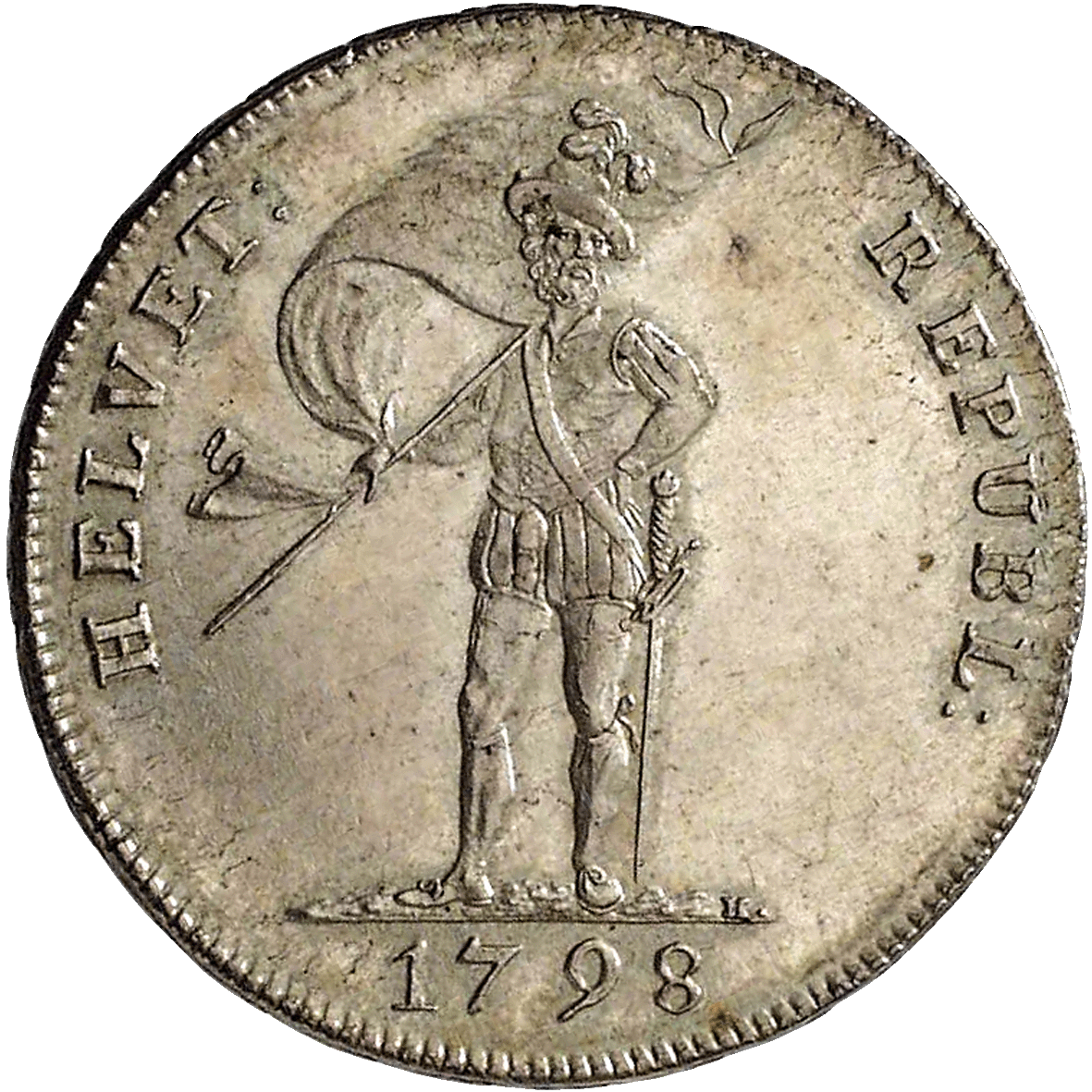 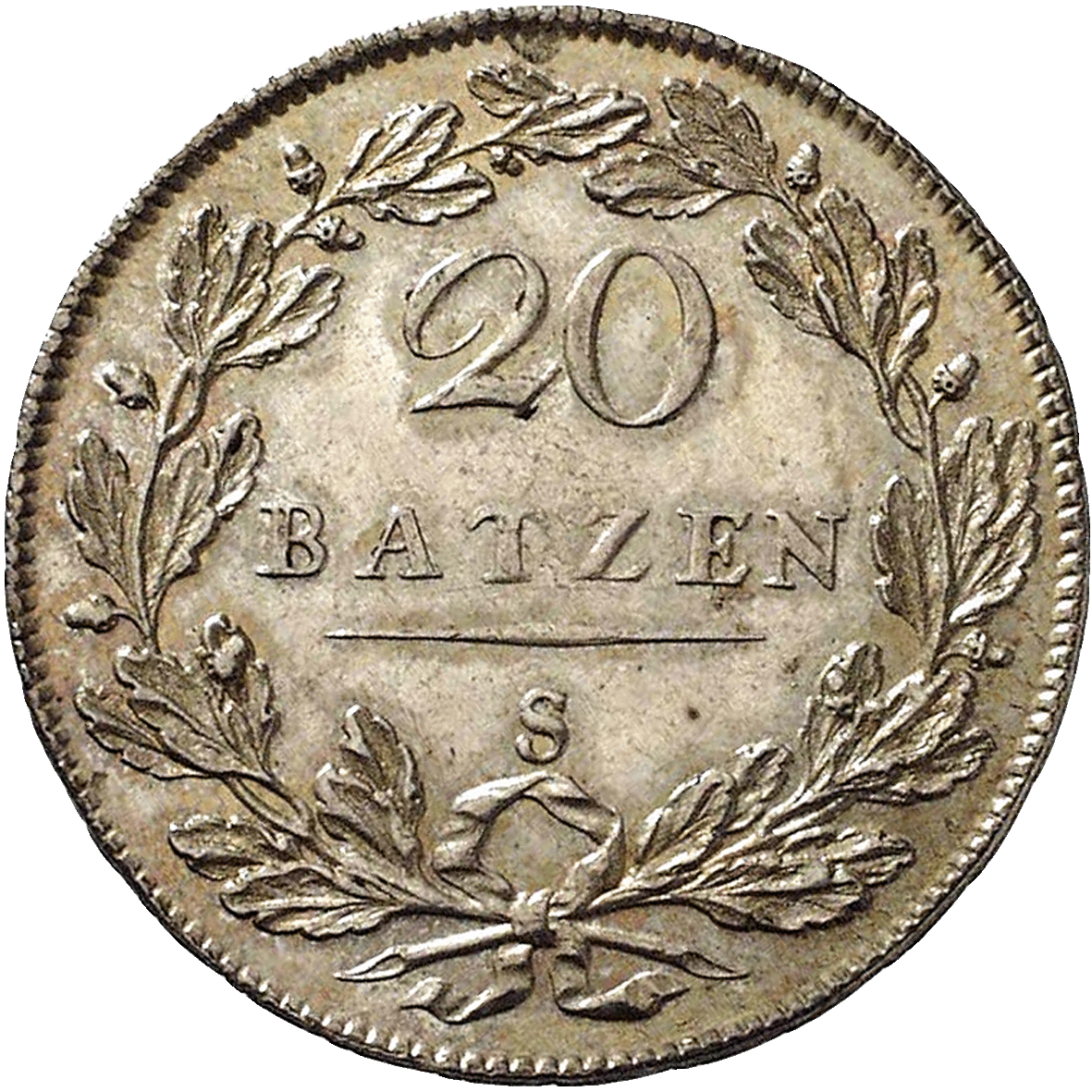 Until 1798, Switzerland was a loose confederation of 13 independent republics. This changed with the arrival of the revolutionary French troops. Then, Napoleon Bonaparte proclaimed the 'One and Undividable Helvetic Republic' (1798-1803), a centralized state modeled after France.

In the course of his reforms, Bonaparte introduced a new currency in Switzerland. It was planned to mint silver coins at 40, 20, 10 and 5 batzen – in other words: coins worth 4, 2, 1 and a half francs. Since the Helvetic Republic had no national mint, the mints of Berne, Basle and Solothurn were used, being the most productive in Switzerland at that time.

The reverse of this coin depicts one of the famous warriors for whom Switzerland was dreaded and admired over centuries, a Swiss mercenary. He is wearing his typical garb with a feathered hat and a sword.