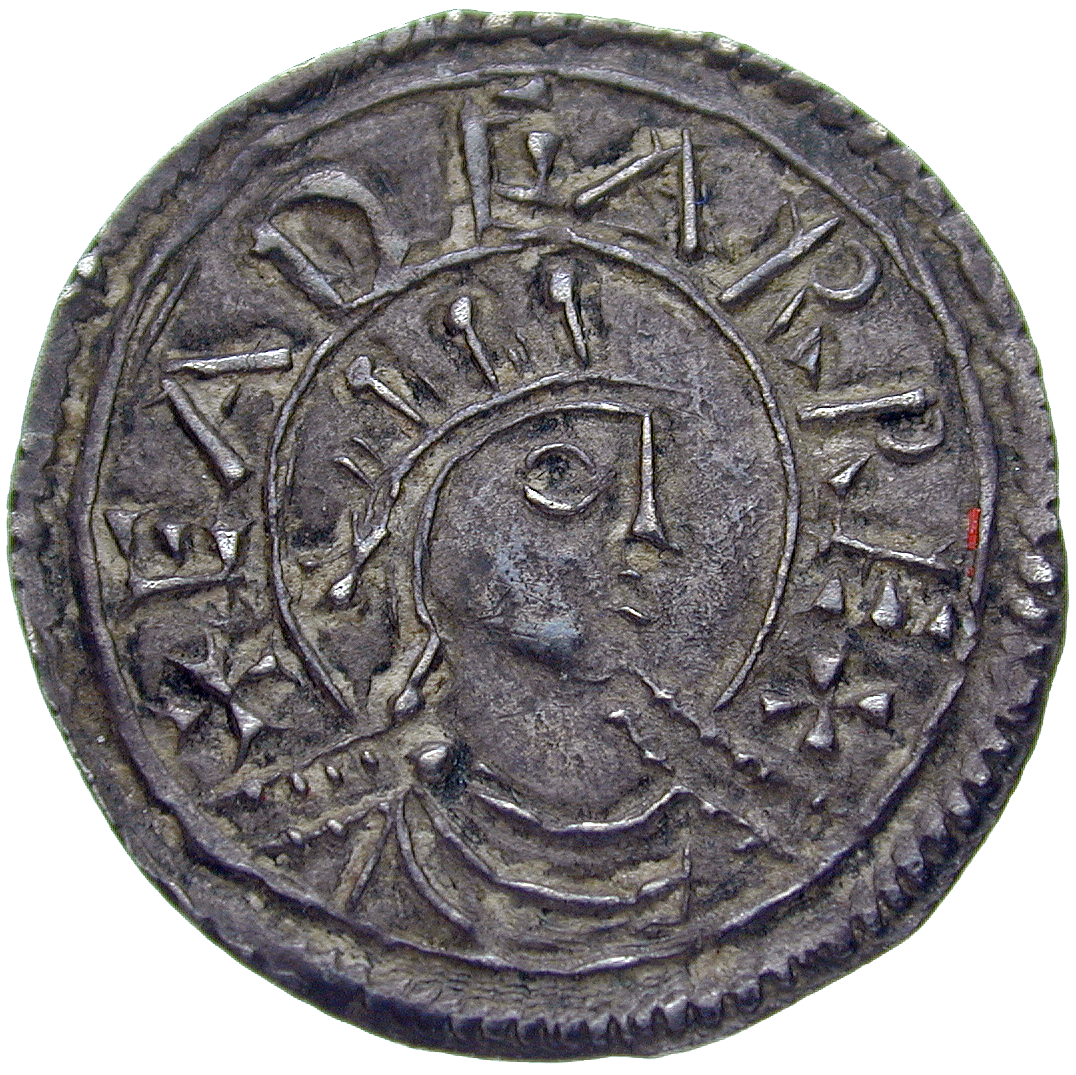 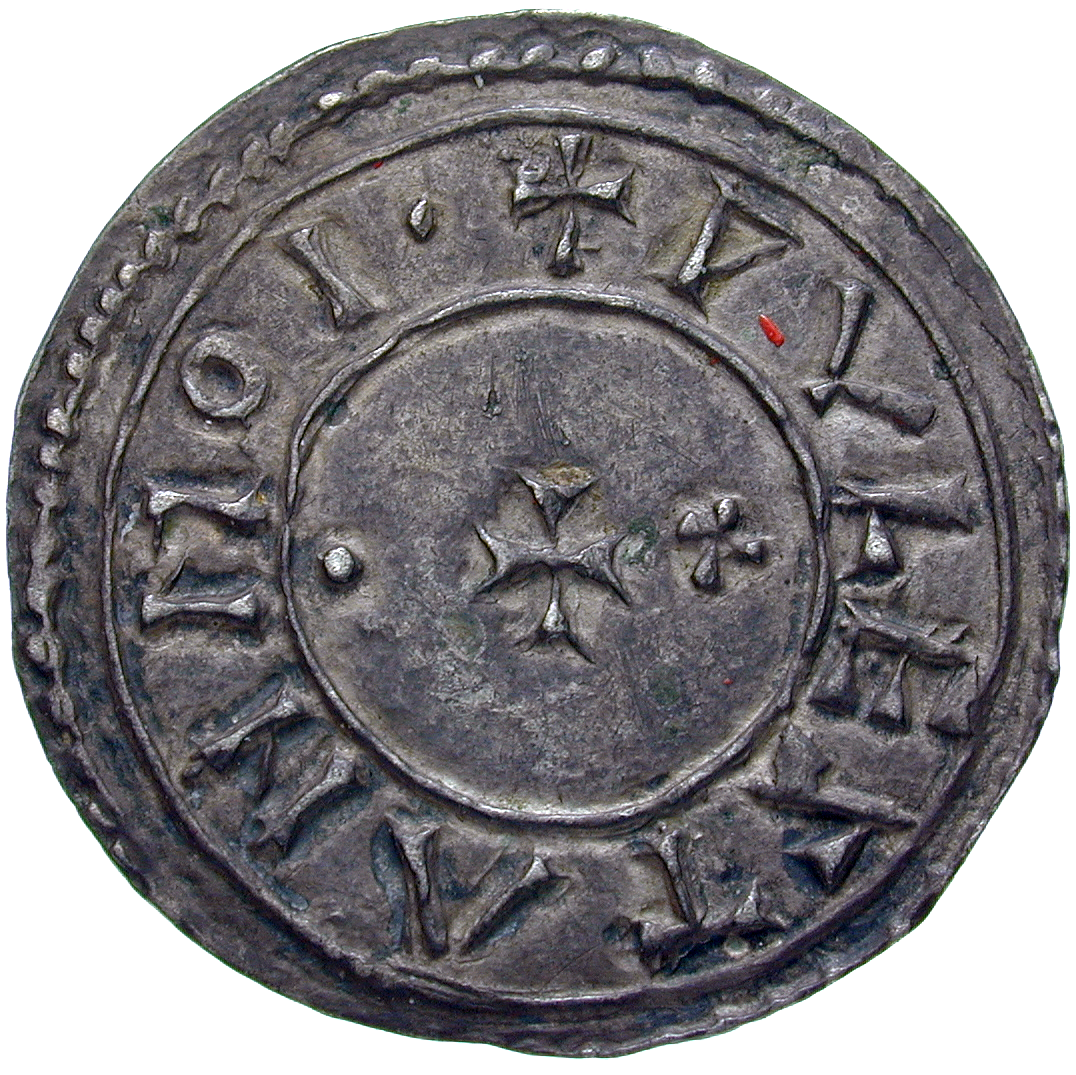 At the beginning of the 10th century, England had three different monetary systems. This reflected the political situation on the island. It was divided into three realms – the Kingdom of Wessex, Danish Ostanglia, and North England – which all struck their own coins. Then, after long fights, the kings of Wessex managed to drive the Danes out of their territories, and to gain authority all over England. In 959, the year in which King Edgar came to power (until 975), the coins of Wessex were accepted all over England already. Edgar ascended to the throne of Mercia and Northumbria in May, and in October also became king of Wessex, which made him king over the whole of Britain. This very rare silver penny bears the name and title of Edgar on the obverse: EADGAR REX, King Edgar.