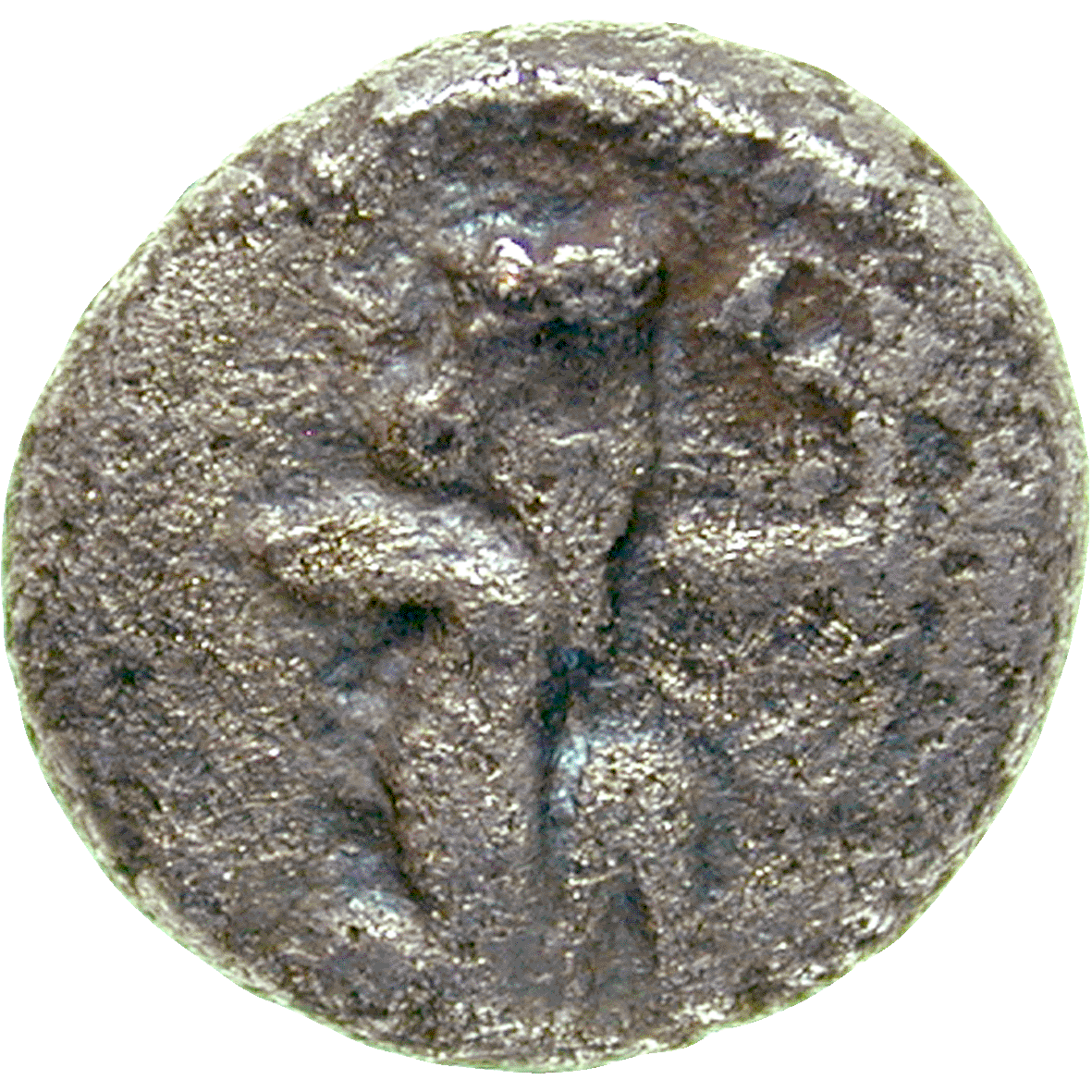 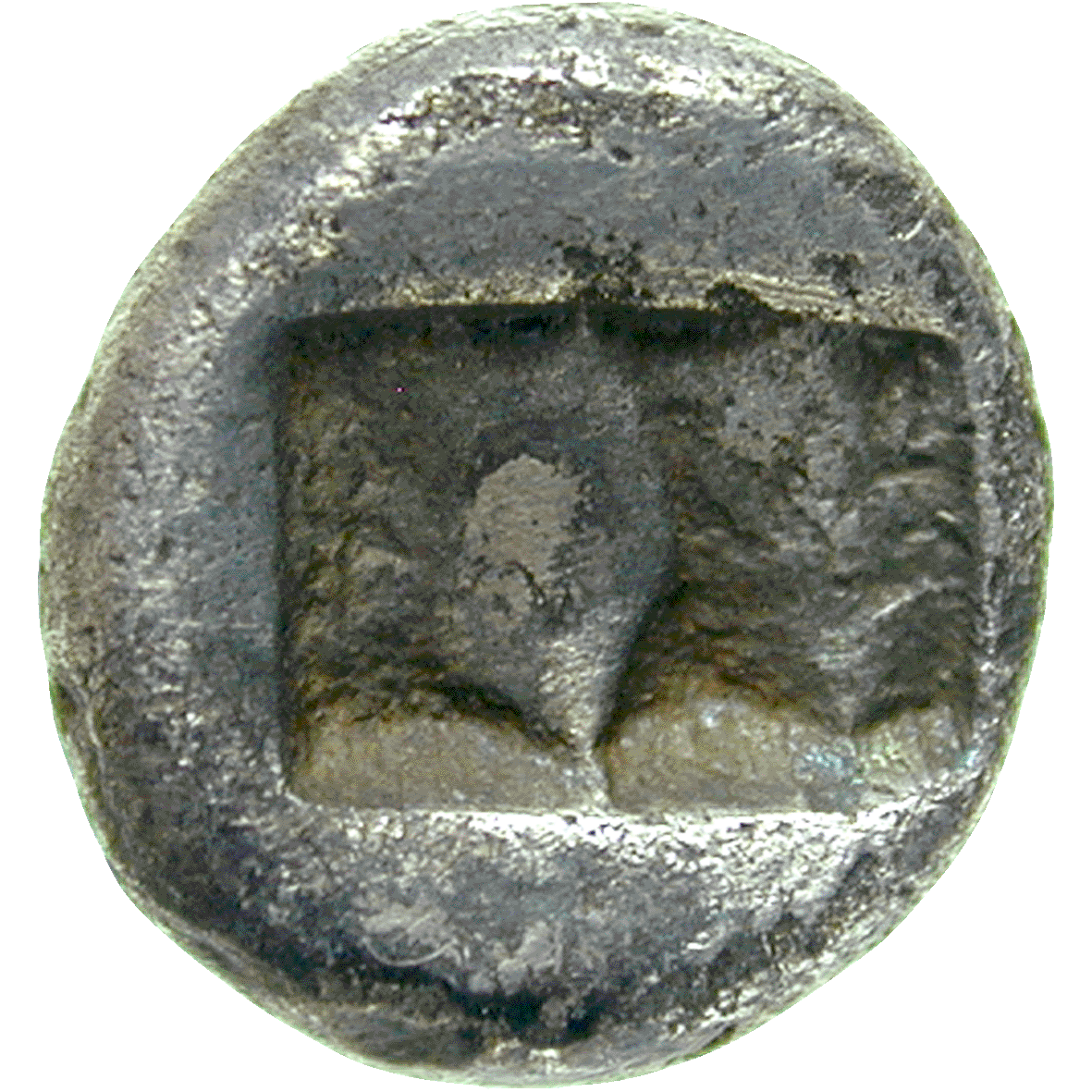 Darius (522-486 BC) is considered as one of the most significant Great Kings of the Achaemenid Empire. He was honored with the title "the Great" for his achievements in reorganizing his realm. He executed administrative reforms, which remained effective long after the downfall of the Achaemenids. One of Darius' reforms introduced a currency for the whole of the vast empire. It was based on the gold daric and subdivided into many smaller units, as proves this small silver coin of a supposed value of 1/6 of a siglos.