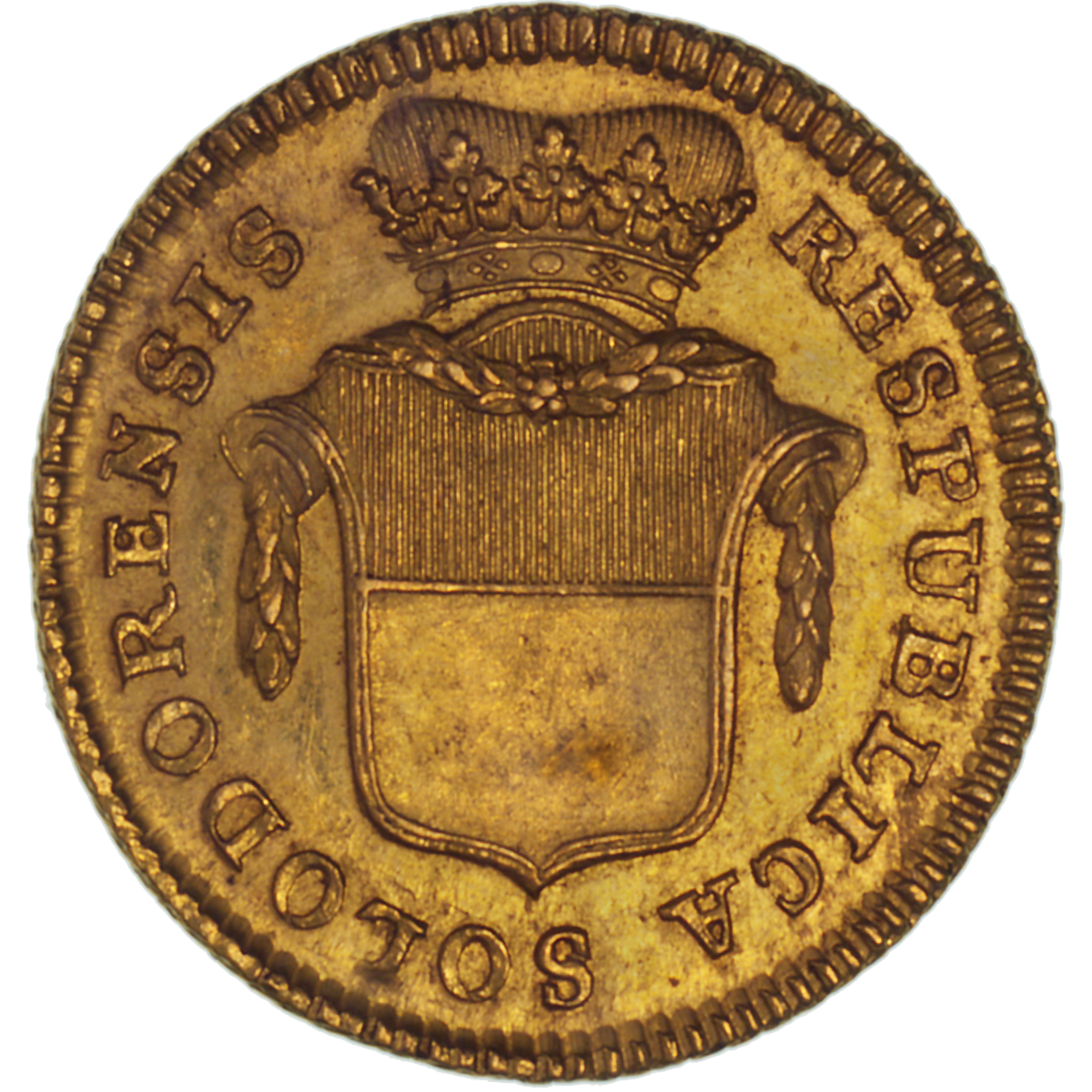 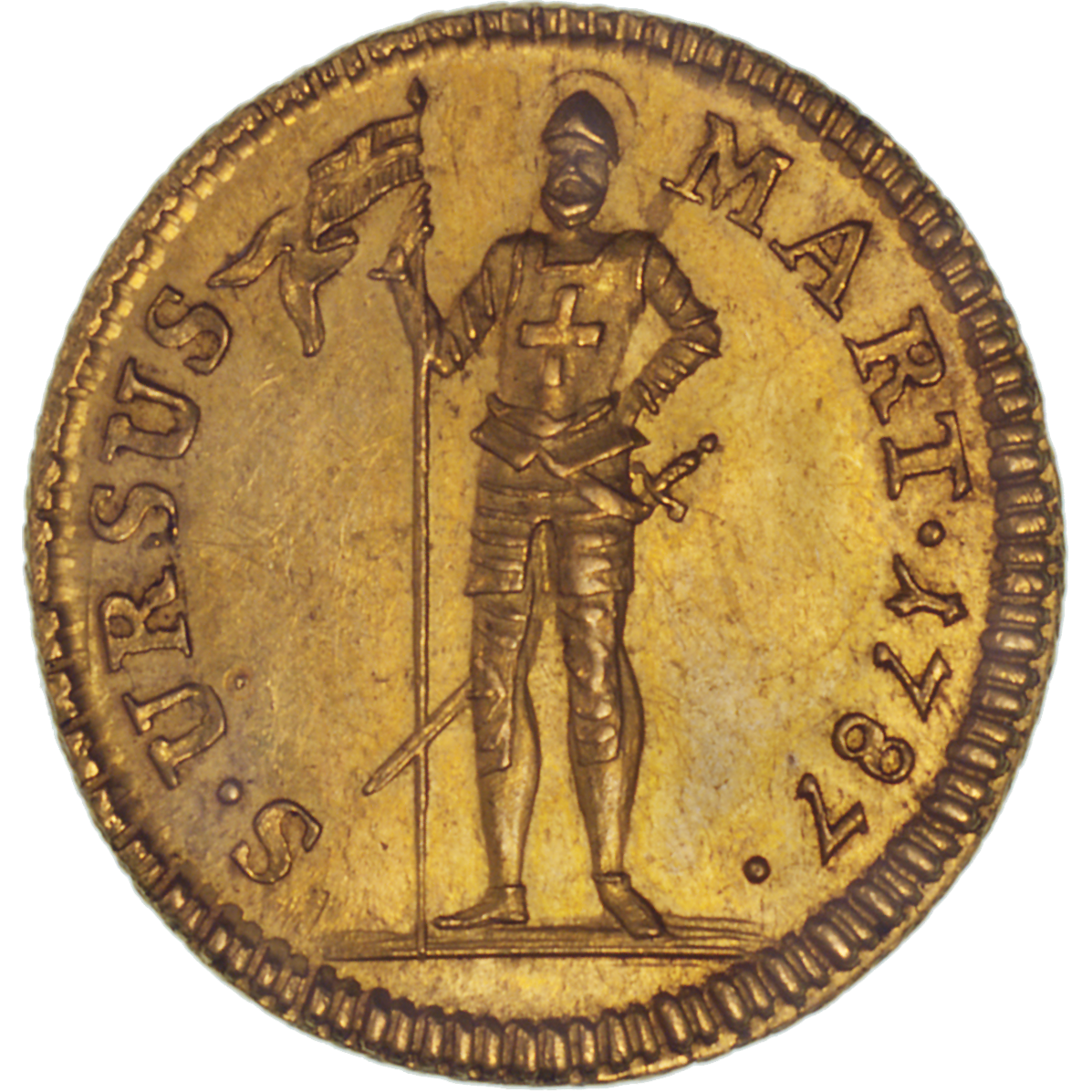 The gold coins of Solothurn depicted the last images of saints in Switzerland, except for Glarus, who shows its patron saint in its crest up to this day.

Solothurn's patron saint was Ursus, a legendary Theban legionnaire who was said to have suffered martyrdom and been buried in Solothurn at the beginning of the 4th century. On early modern coins, however, Ursus is hardly recognizable as a saint. He was depicted as warrior, wearing a complete suit of armor, a flag and a sword. On this duplone, Ursus looks more like a modern mercenary than a saint. It is him, however, as the inscription S(aint) URSUS asserts.