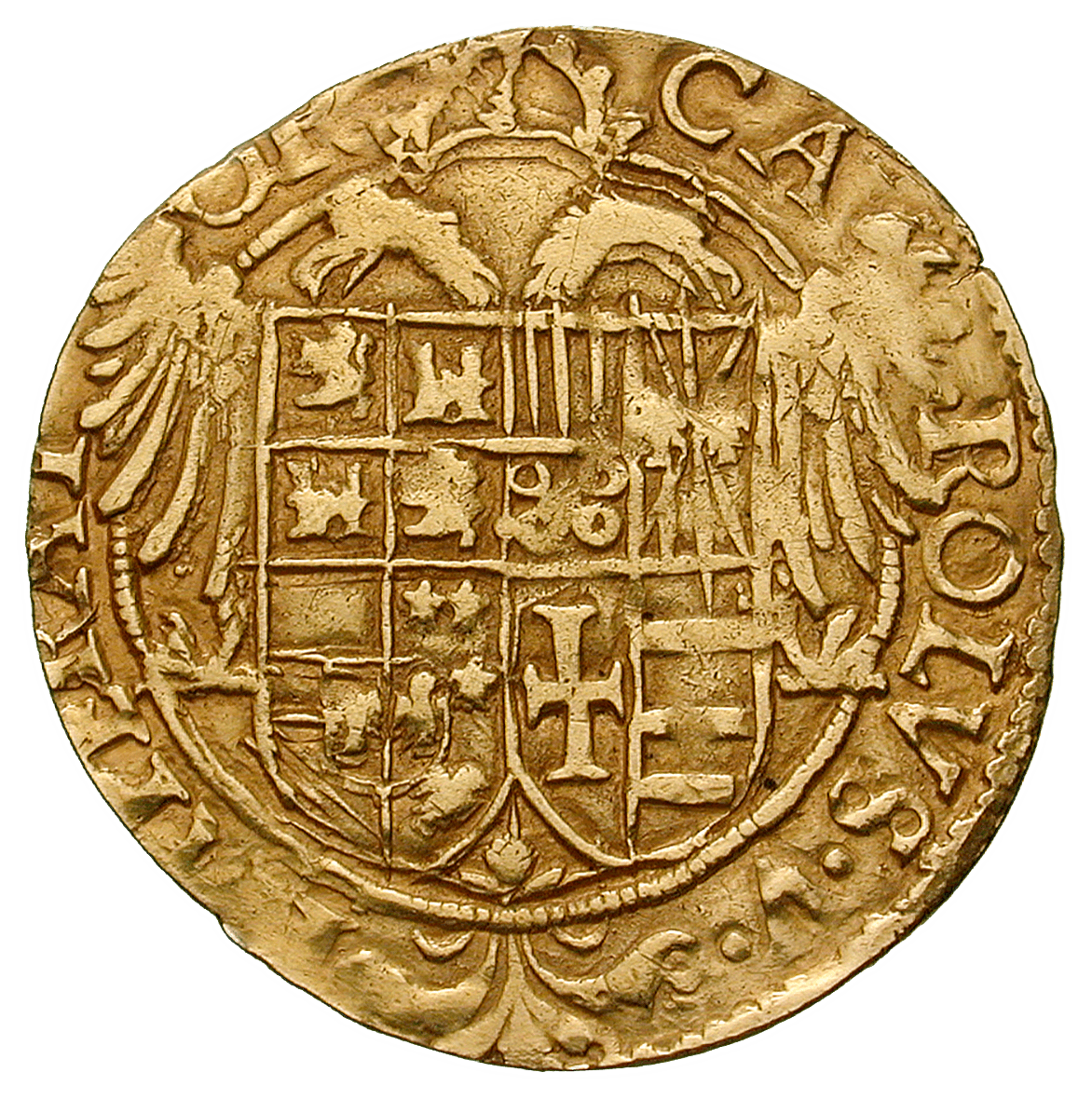 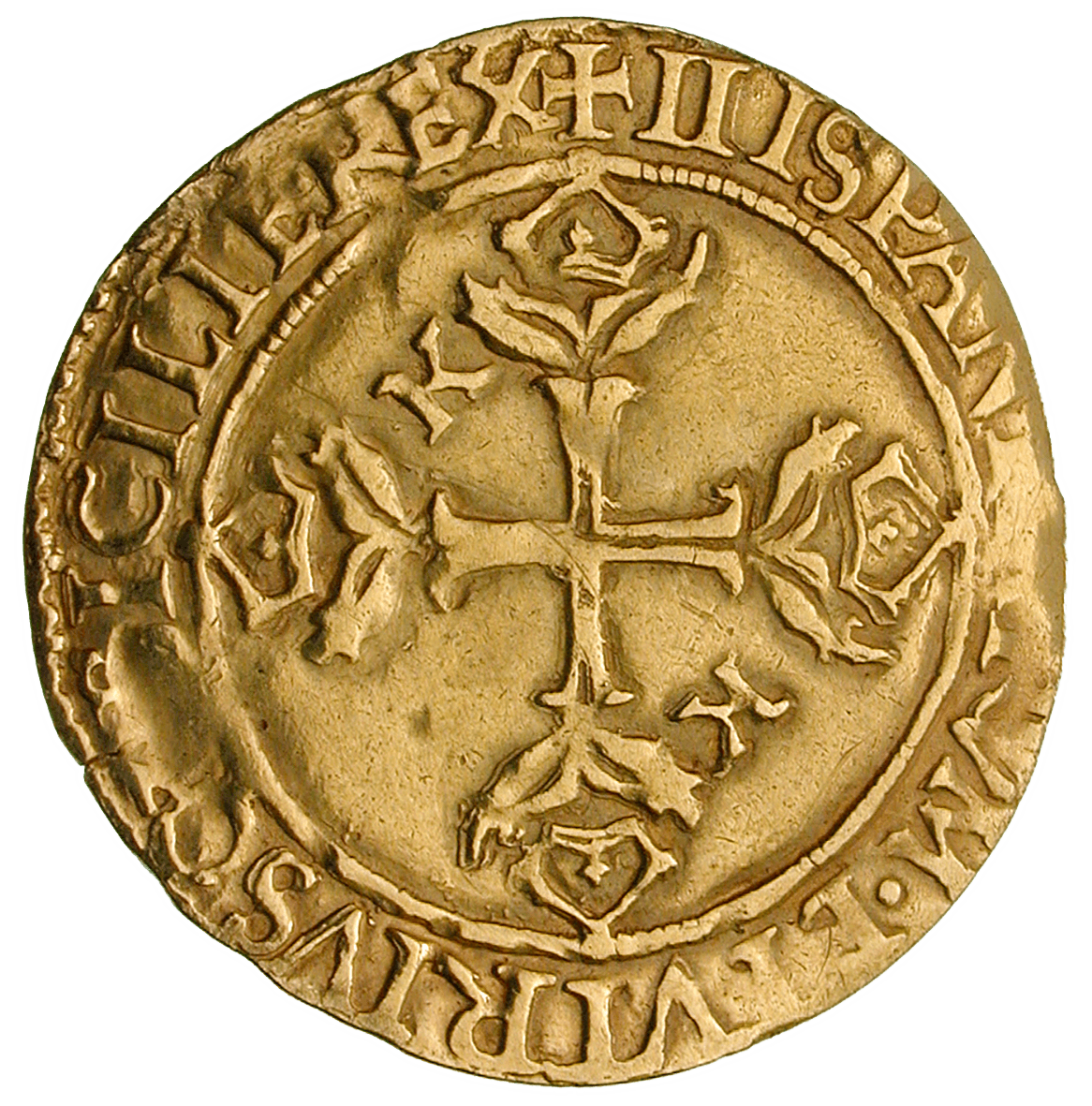 Gold coins can contain too much gold! This was an experience made by Charles V, Emperor of the Holy Roman Empire and King of Spain and Naples (1516-1556). For his Spanish kingdom Charles had excelentes issued, gold coins minted from the 24 carat gold of the freshly discovered New World – you could not get it purer. Around 1530, however, the gold supplies from the American colonies started to dwindle, and gold became scarce in Europe once again. Hence the European rulers got hold of Charles' excelentes, melted them down and mixed the pure gold with silver; from this lower-grade gold they then issued new coins. To prevent this, Charles replaced the excelente with a new gold coin of a lower gold content in 1536. This was the escudo d'oro, which from 1538 under the name of scudo d'oro was also issued in Naples. Its obverse bore an escutcheon (Spanish escudo, Italian scudo), the reverse showed a cross.