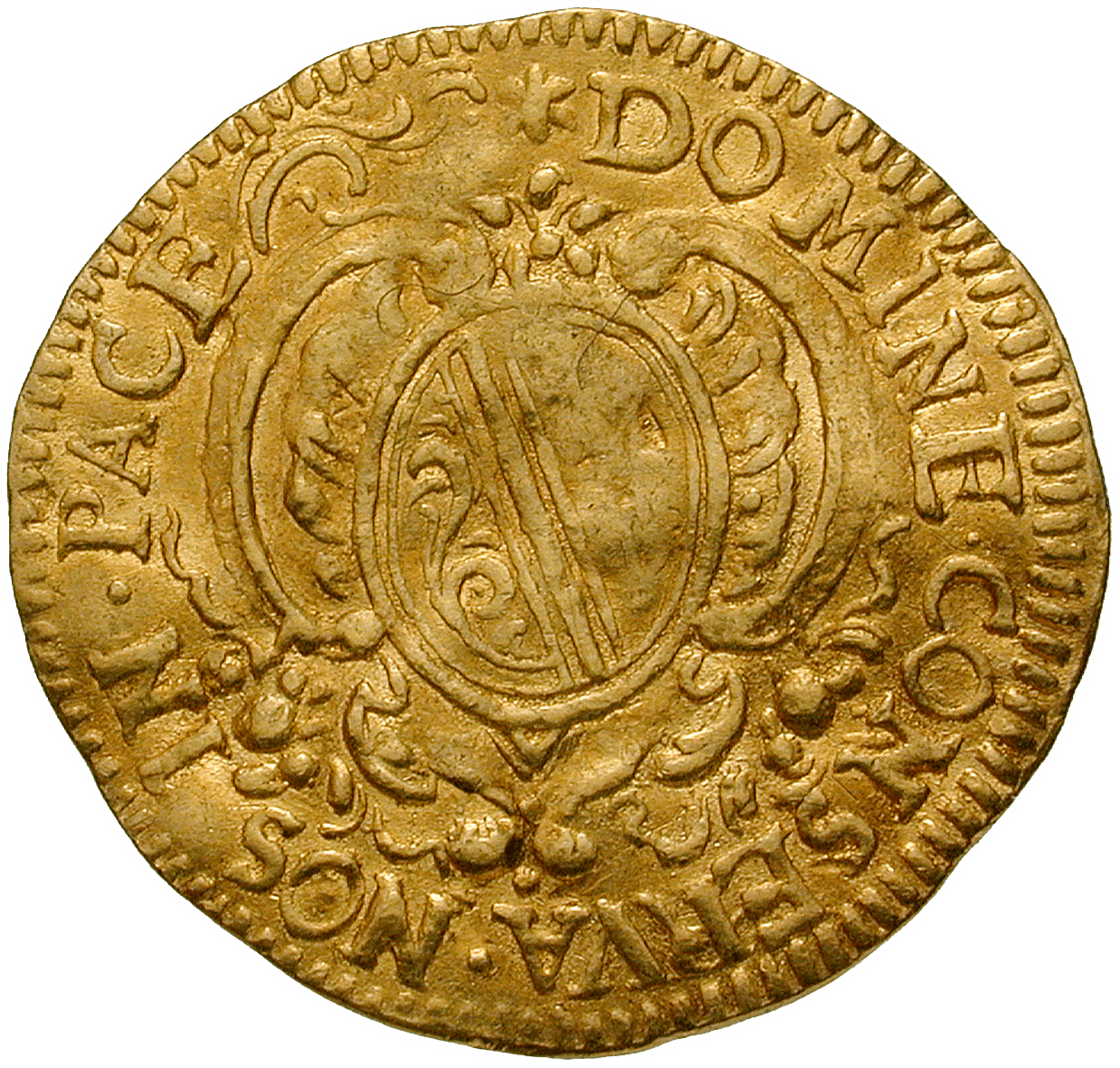 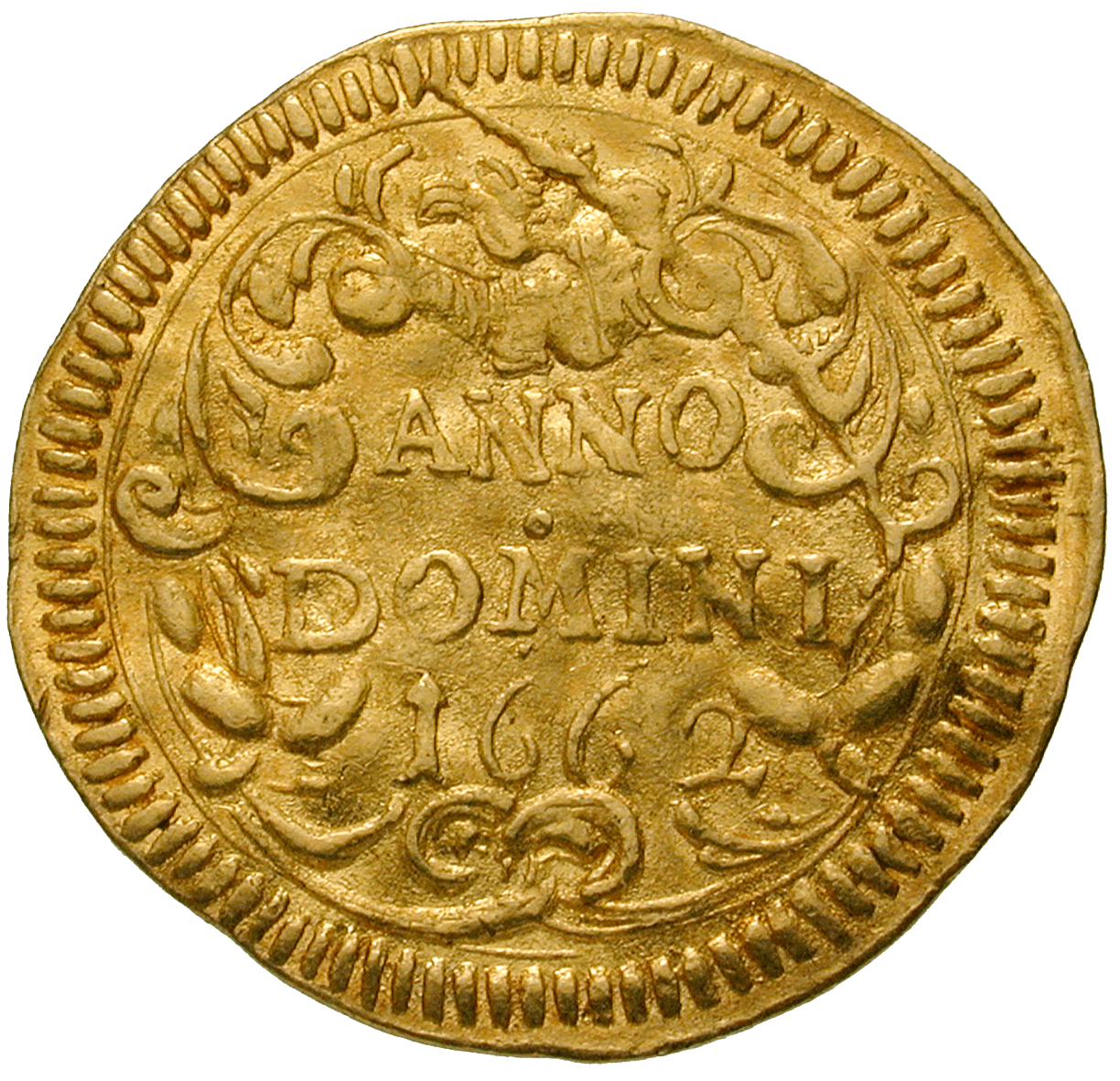 In 1648 the Peace of Westphalia ended the Thirty Years' War. The independence of the Swiss estates from the Holy Roman Empire was finally recognized (after the Swiss had de facto been independent for a long time already). As from then on Zurich did not consider itself part of the imperial city, but as a republic – on the same level as other trade republics such as Venice, or Genoa, or Augsburg.

Naturally this was reflected on the Zurich coins. The imperial eagle and the inscription CIVITAS IMPERIALIS (imperial city) disappeared. The old motif was replaced by a lion with the city's coat of arms and around it the motto DOMINE CONSERVA NOS IN PACE (Lord, conserve us in peace).