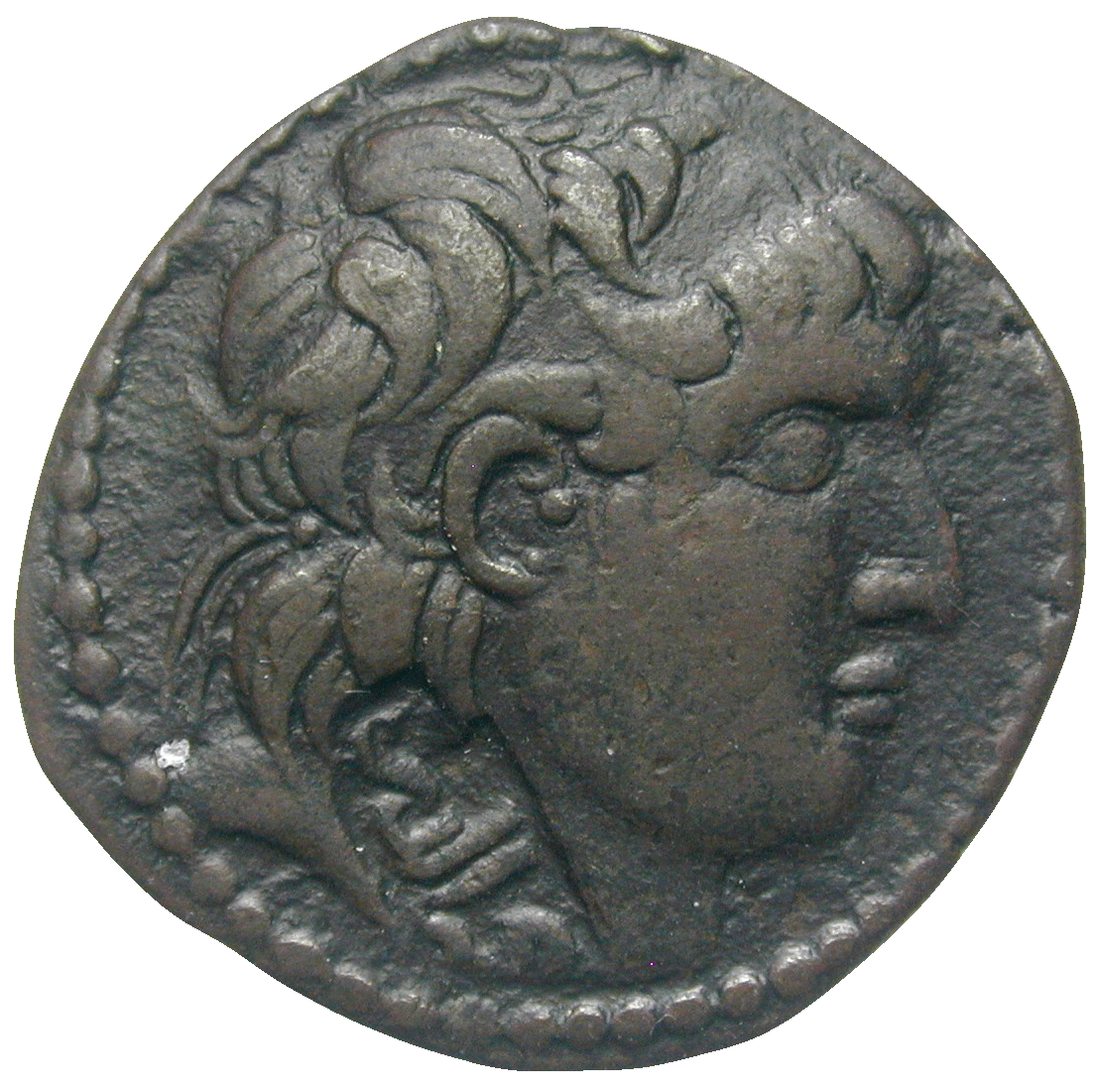 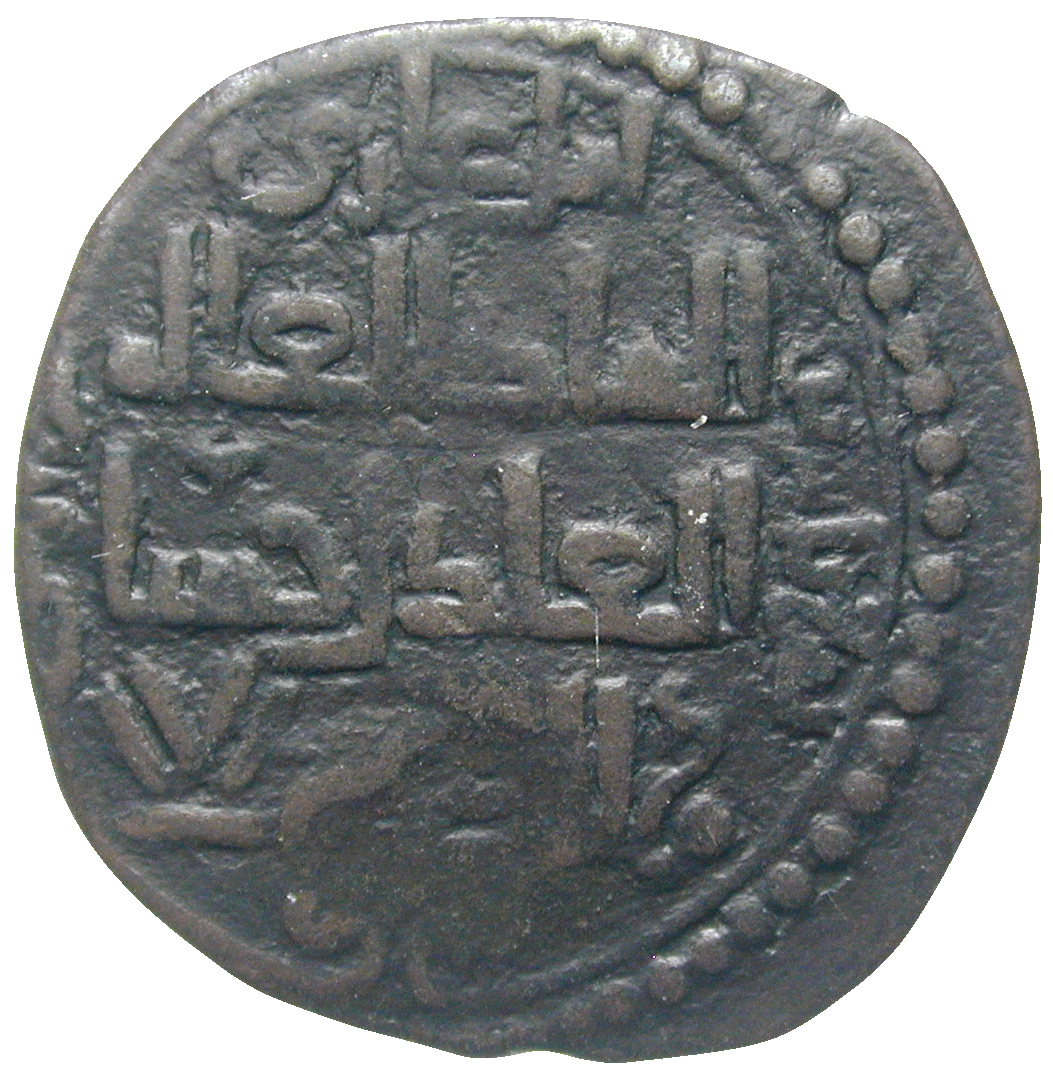 Under the Caliphs of the Abbasid dynasty (750-1258), Iraq and the capital of Baghdad became the political center of the Islamic Empire. At the same time, independent dynasties only formally under the suzerainty of the Caliphs in Baghdad emerged along the borders of the empire. One of them was the Artuqid dynasty that in the 11th and 12th centuries ruled over parts of Anatolia, Syria and Iraq. This coin was an issue of the Artuqid Emir Husam ad-Din Timurtash. On the obverse is a countermark of his successor Najm al-Din Alpi (1152-1176), by which the latter turned the money of his forerunner into his own. Interesting is also the particularity of Artuqid coins to often bear classical designs instead of the inscriptions otherwise common on Islamic coinage.