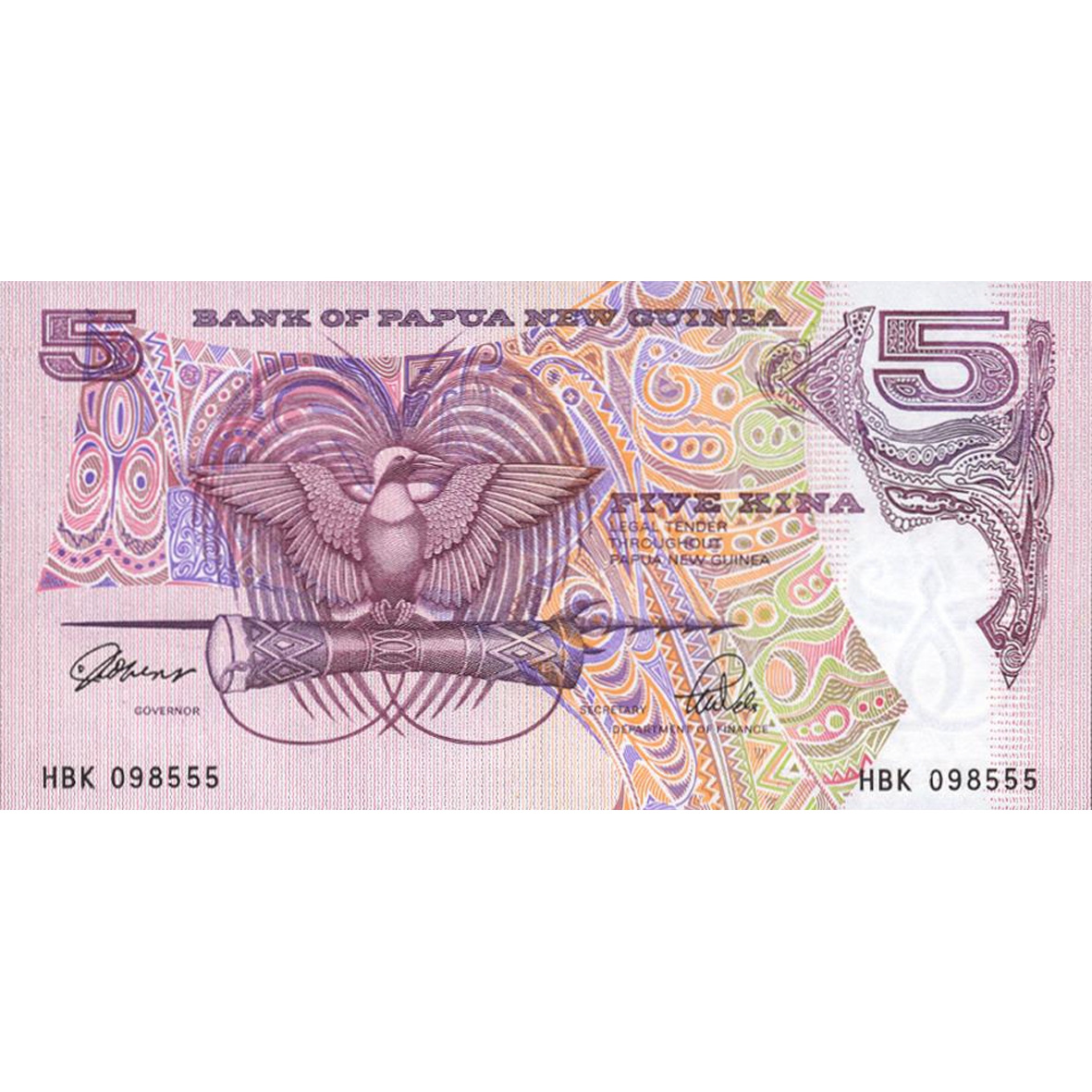 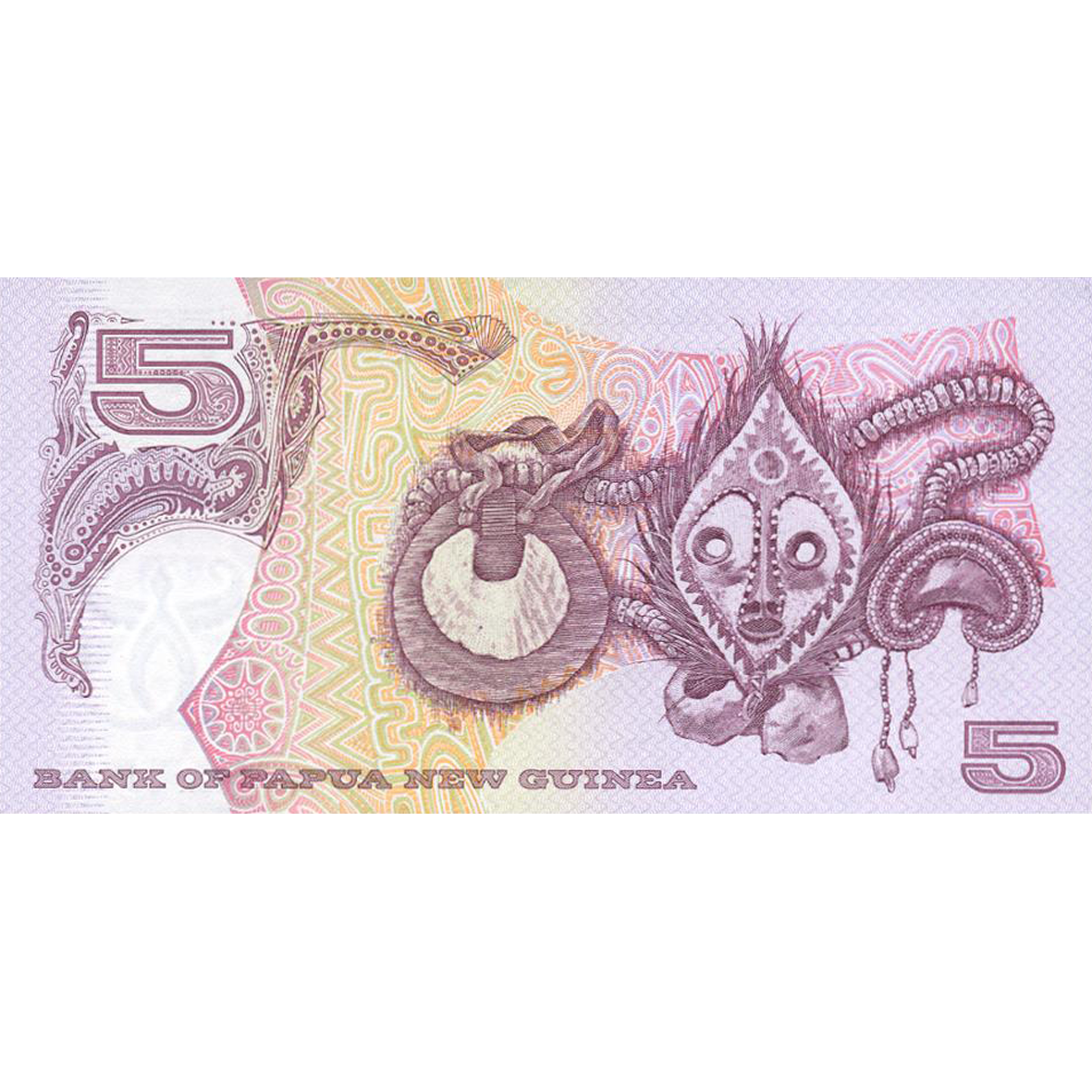 The modern banknotes from Papua New Guinea show different kinds of traditional monies that were used in the country before the introduction of a national currency. The reverse of this bill of 5 kina features on the one hand a talipun, a mask used for bridal payments in the Sepik area. On the other hand it depicts the item that gave the Papua New Guinea currency its name: a mother of pearl shell cut into a crescent that was used as necklace and as means of payment in many parts of Papua New Guinea. In the highlands, these shells were known as kina.