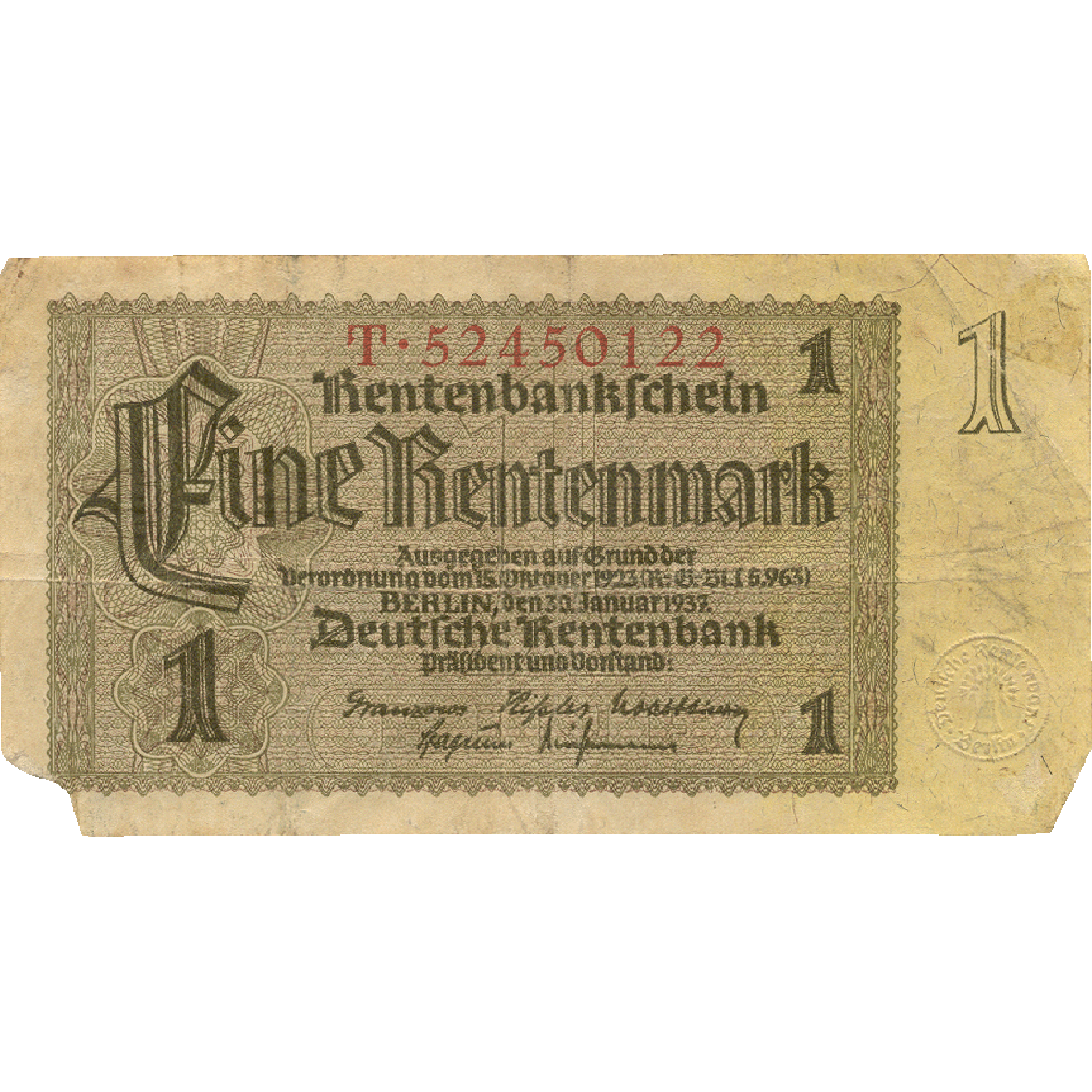 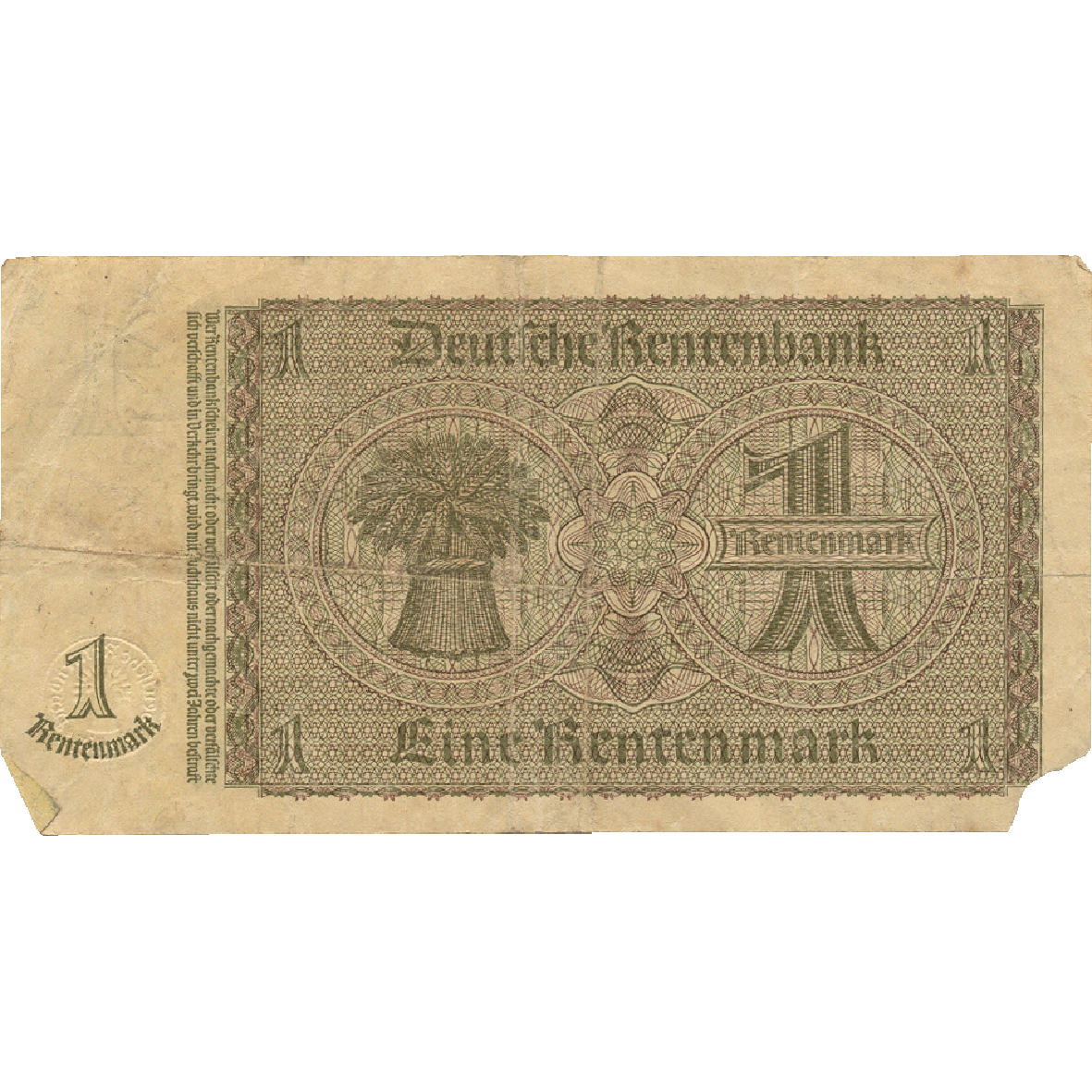 After the First World War, the German economy was shattered and prices had risen into illimitable heights. Barter was common on German markets again. The pre-war currency was obliterated. In 1922 in Berlin, a kilogram of rye bread cost 27.5 reichsmark, while the weekly wage of a worker ranged between 15 and 20 reichsmark. In 1923, a transitional currency called rentenmark was introduced to stabilize the reichsmark. This currency reform stopped the inflation promptly: in the course of a complicated program of stabilization, the German Rentenbank mortgaged land and industrial goods worth 3.2 billion rentenmark to back the new currency. The rentenmark was not an official medium of exchange, so nobody was obliged to accept it. Nevertheless a year later, it had fulfilled its duty: the German currency was stable and the economy slowly but surly began rolling again.