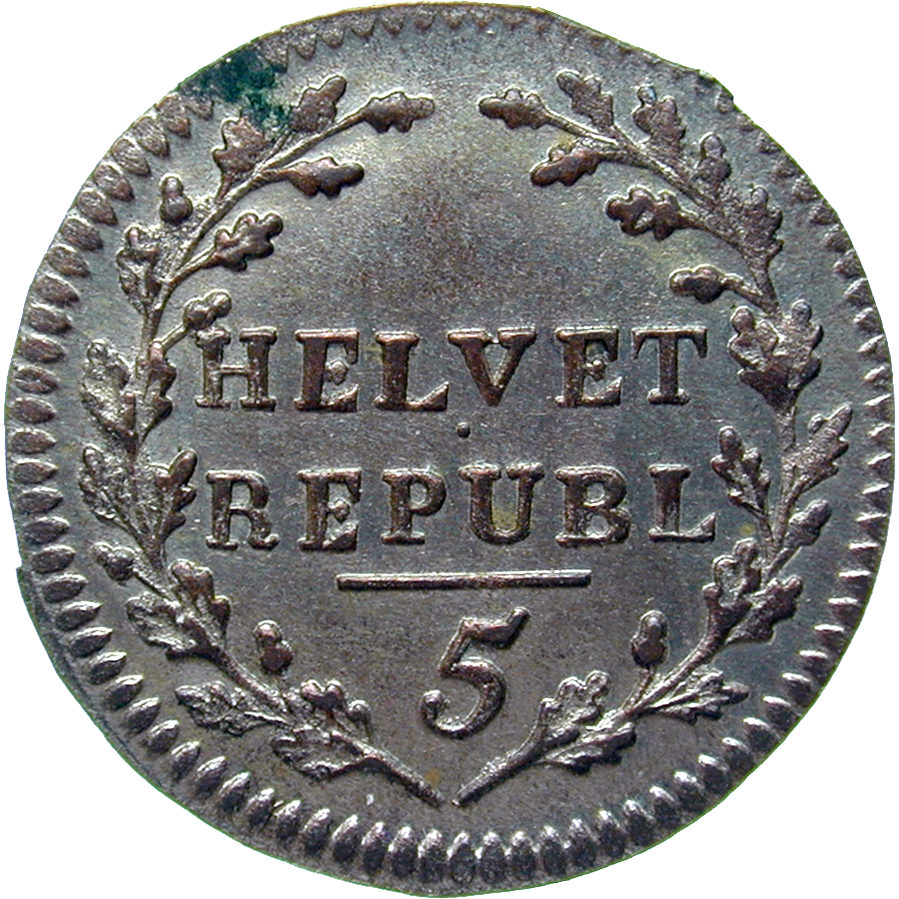 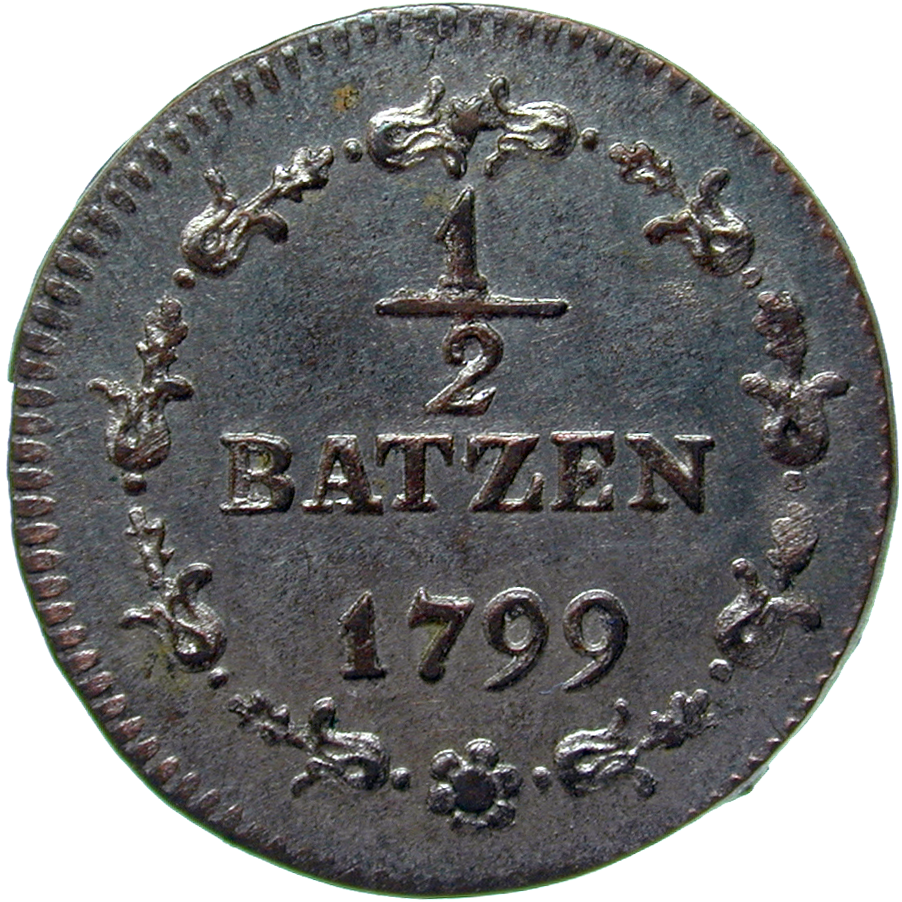 Batzen coins were minted for the first time in Berne towards the end of the 15th century. Due to the rapid growth of trade at that time, the circulating groschen coins (groats) had become scarce. To meet the demands of trade, new money was needed. The batzen worth 4 kreuzers fit the occasion perfectly. Because of its practical use in trade, it quickly spread over Switzerland, northern Italy and Germany as far as Prussia. When the Swiss coinage eventually was standardized during the time of the Helvetic Republic (1798-1803), the new Swiss money was modeled after the coin standard of Bern. In an attempt to decimalize the currency system, the batzen was divided into 10 rappens (centimes); one franc equaled 10 batzen. A half batzen was worth 5 rappens, which is indicated by the number on the obverse of this coin.