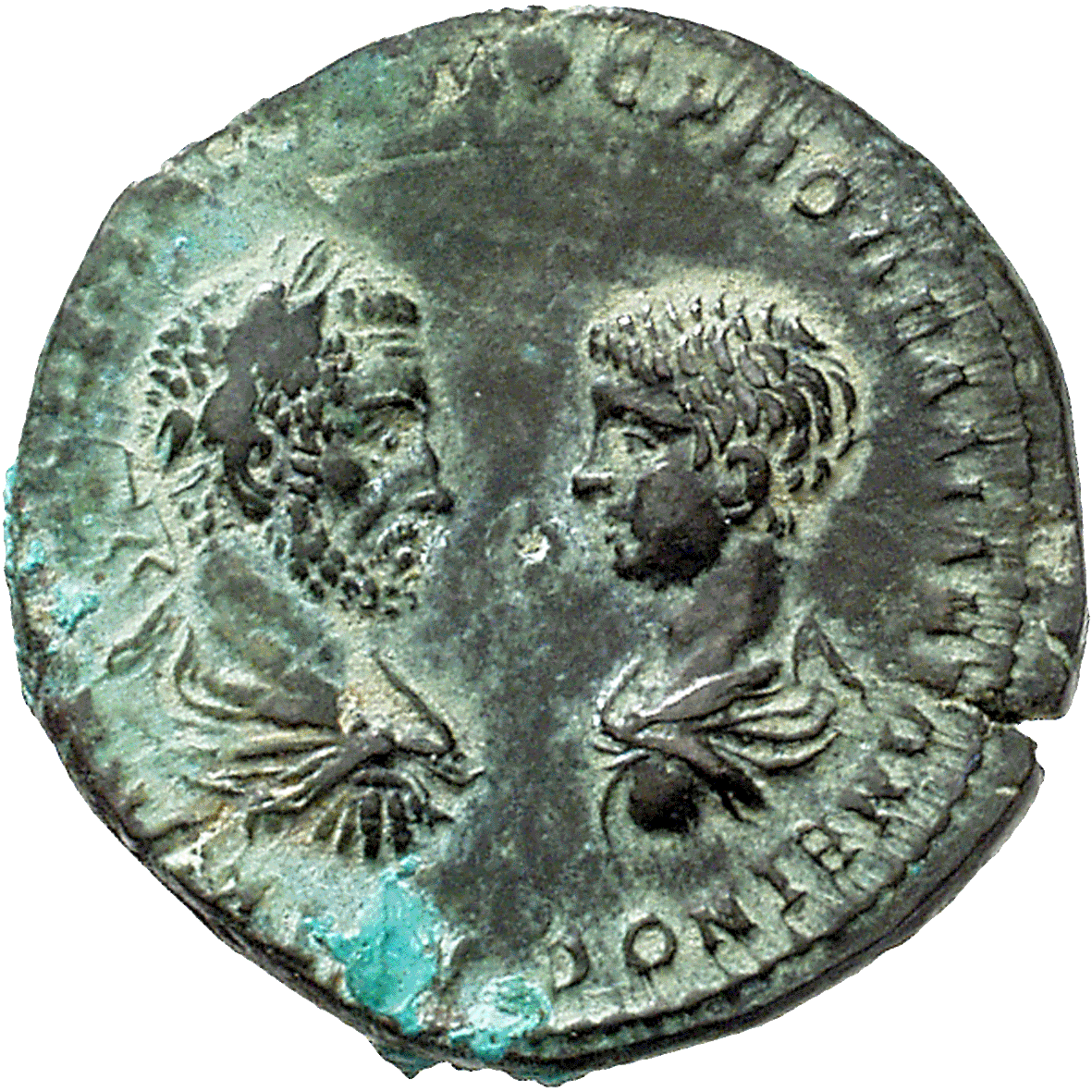 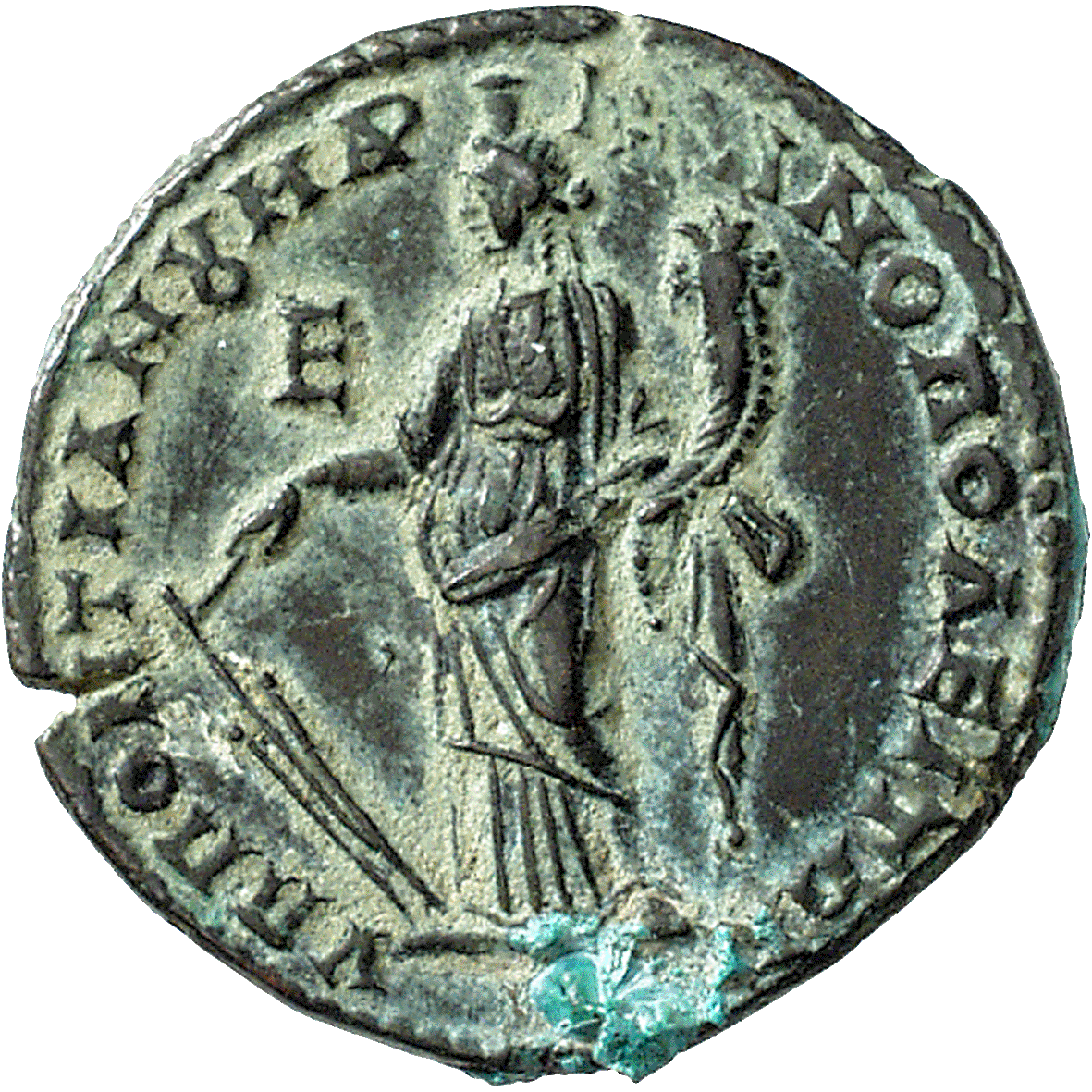 Macrinus was proclaimed emperor by his soldiers in 217 AD. Shortly thereafter he bestowed his nine-year-old son Diadumenianus with the title of caesar. The boy did not take part in government, of course; his father merely wanted to ensure his succession.

Neither Macrinus nor Diadumenianus enjoyed their titles very long, however. In April 218, Elagabal was appointed anti-emperor. The two rivals for power waged war and in June clashed near Antioch. Macrinus was vanquished, captured, and executed together with his son.

The reverse of this coin shows Tyche, the Greek goddess of fate.