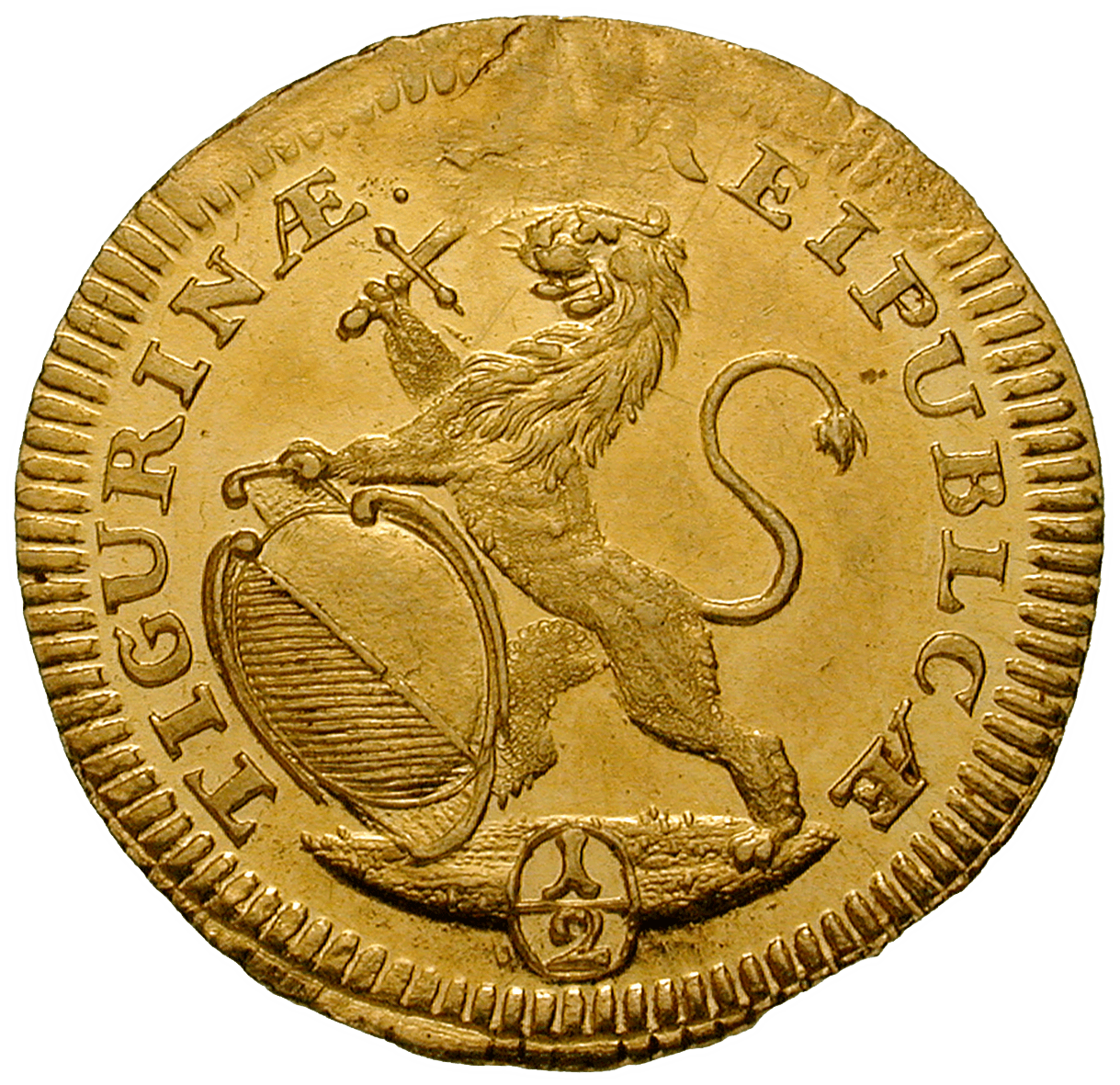 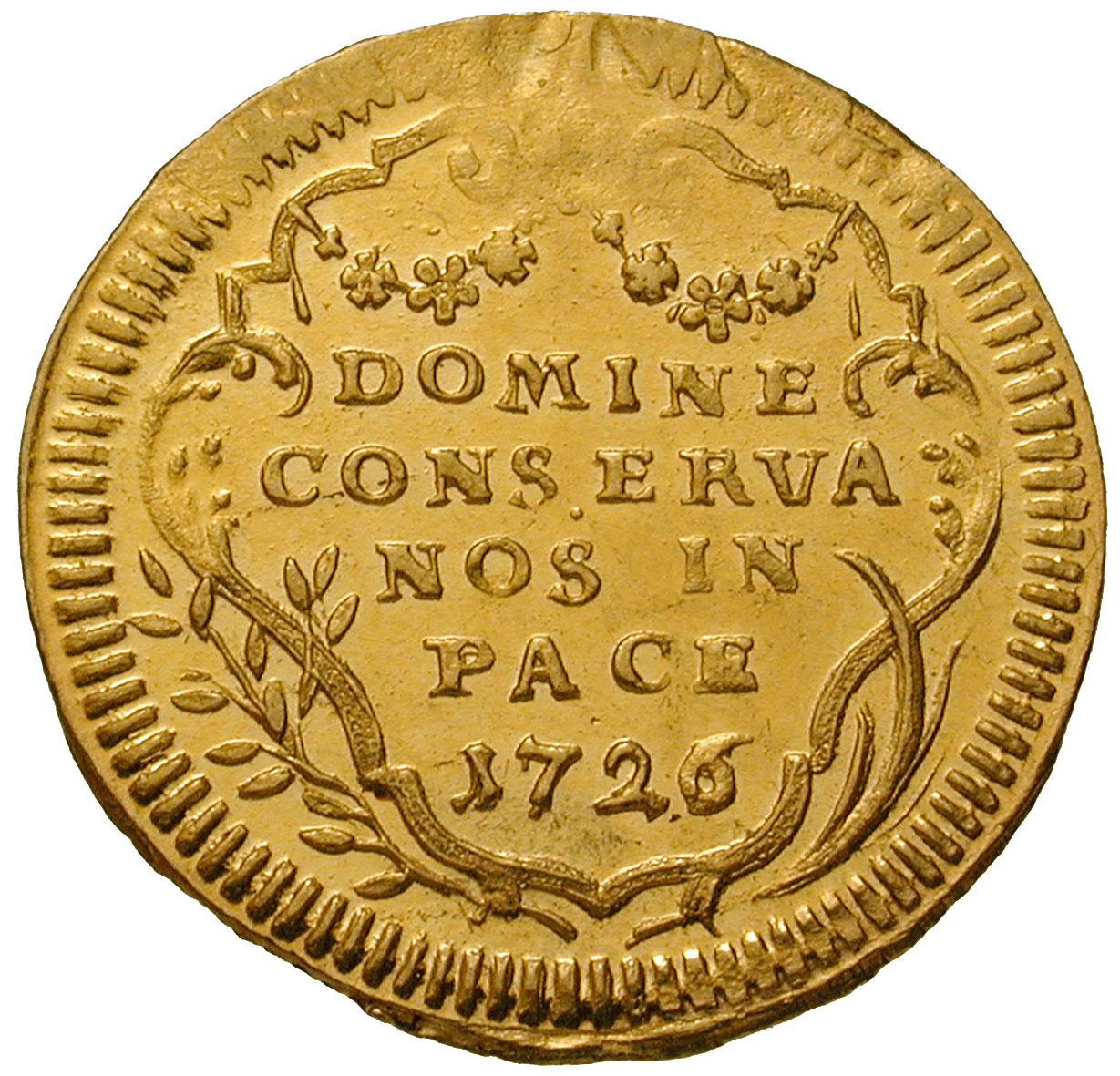 This half ducat from Zurich was struck in 1726. Its minting and condition are excellent, but the coin displays certain peculiarities.

The most noticeable is the strip-fault at the upper edge. 'Strips' are thin sheets of metal that are squeezed by rollers to the required thickness of the coins. The strips were then minted and finally the finished coins were punched out. In the past, the strips had to be made red-hot to enable them to be rolled out and punched, and it sometimes happened while the strip was being worked that the strip-hook slipped and made impints on the metal.

Another mistake, this time affecting not only one coin but the whole series, was made by the die sinker. In the legend on the obverse he forgot one 'i', so that REIPUBLICAE appears as REIPUBLCAE.

A third mark can be found on the reverse, where the last digit of the date has been altered: the 6 has been changed from a 5, presumably for reasons of economy.