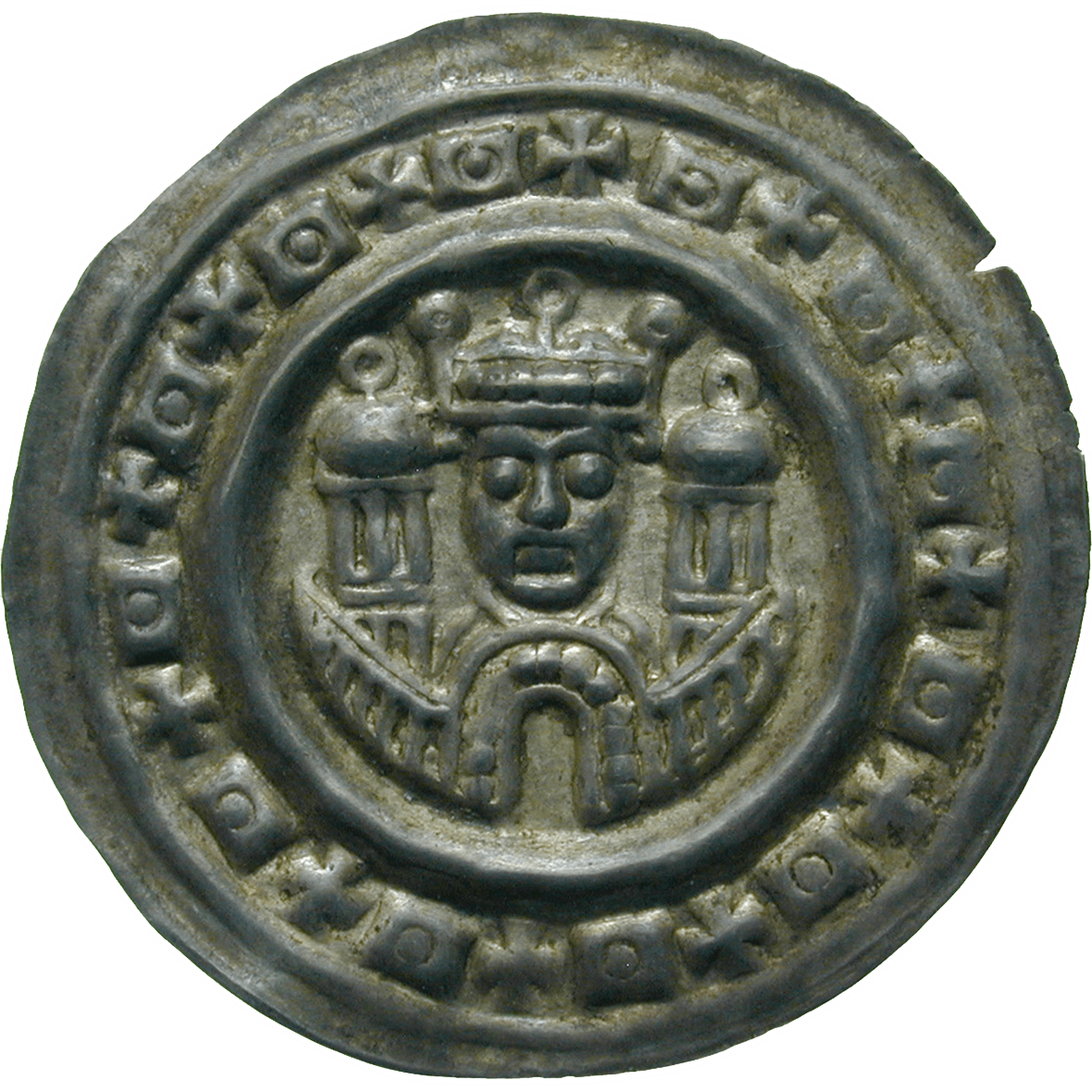 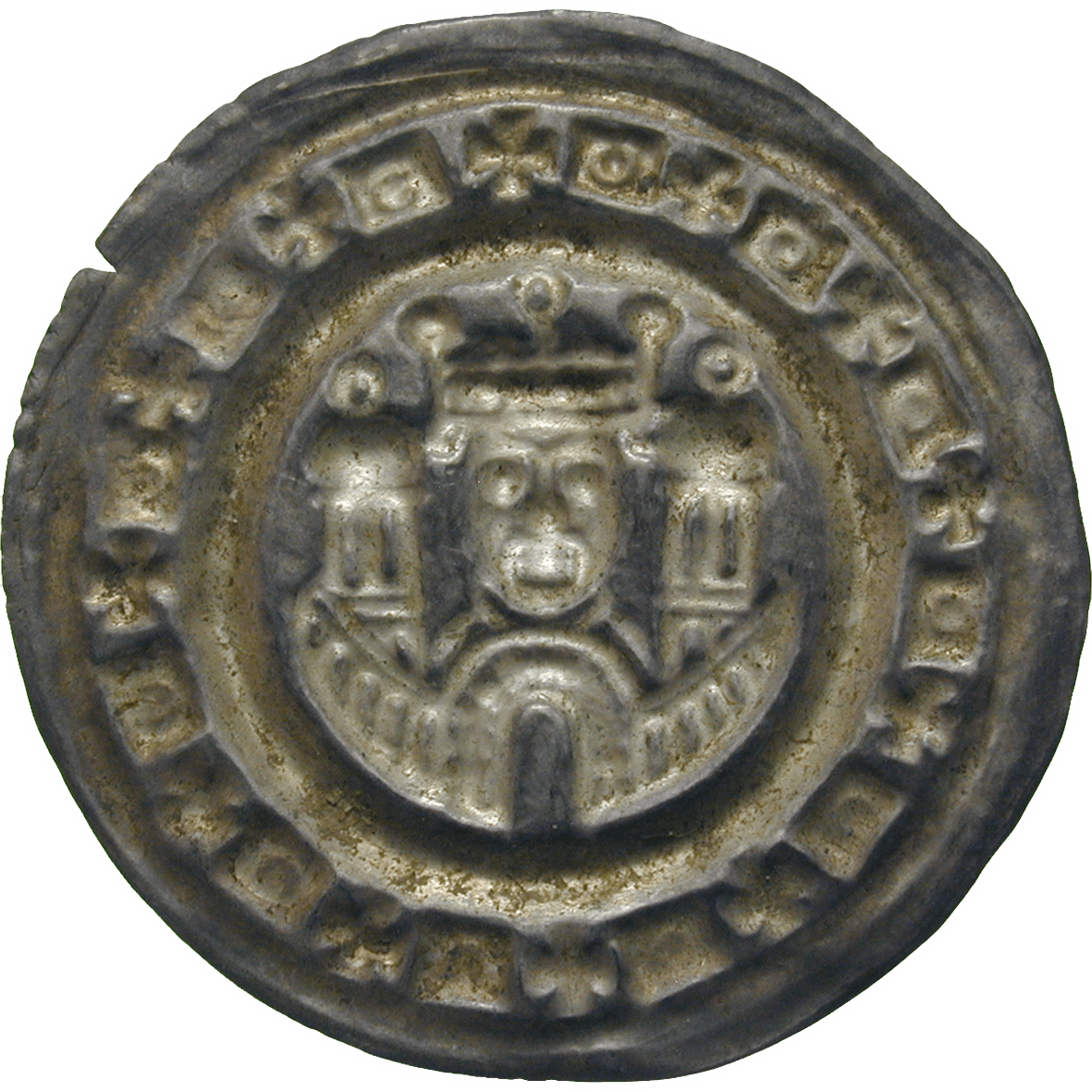 Frederick II (1194-1250) was an unusually progressive man for his times. Although he could not assert himself in the end, he was by no means the only visionary spirit in medieval Germany. In 1240, Prince Bishop Henry I issued a coin edict which regulated the coins' weight, the purchase of silver, and a lot more. What was truly unique about this Edict of Constance was that it gave its citizens the right to control the coins' weight. Imagine what that actually meant: In the Middle Ages the citizens were given a means of control over their princes! Frederick joined the Edict of Constance with his royal mints in Ravensburg, Überlingen and Lindau, which indeed speaks for him.