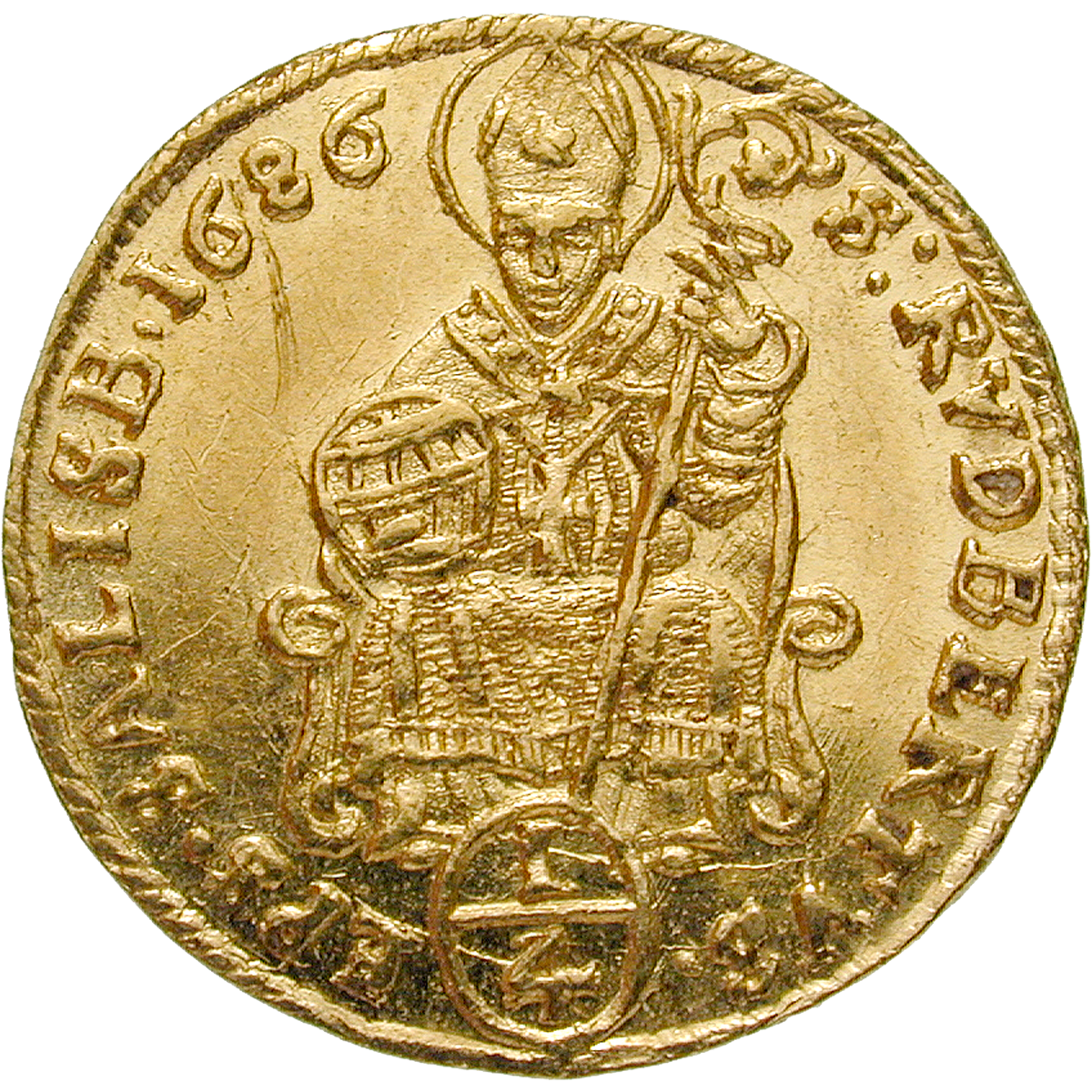 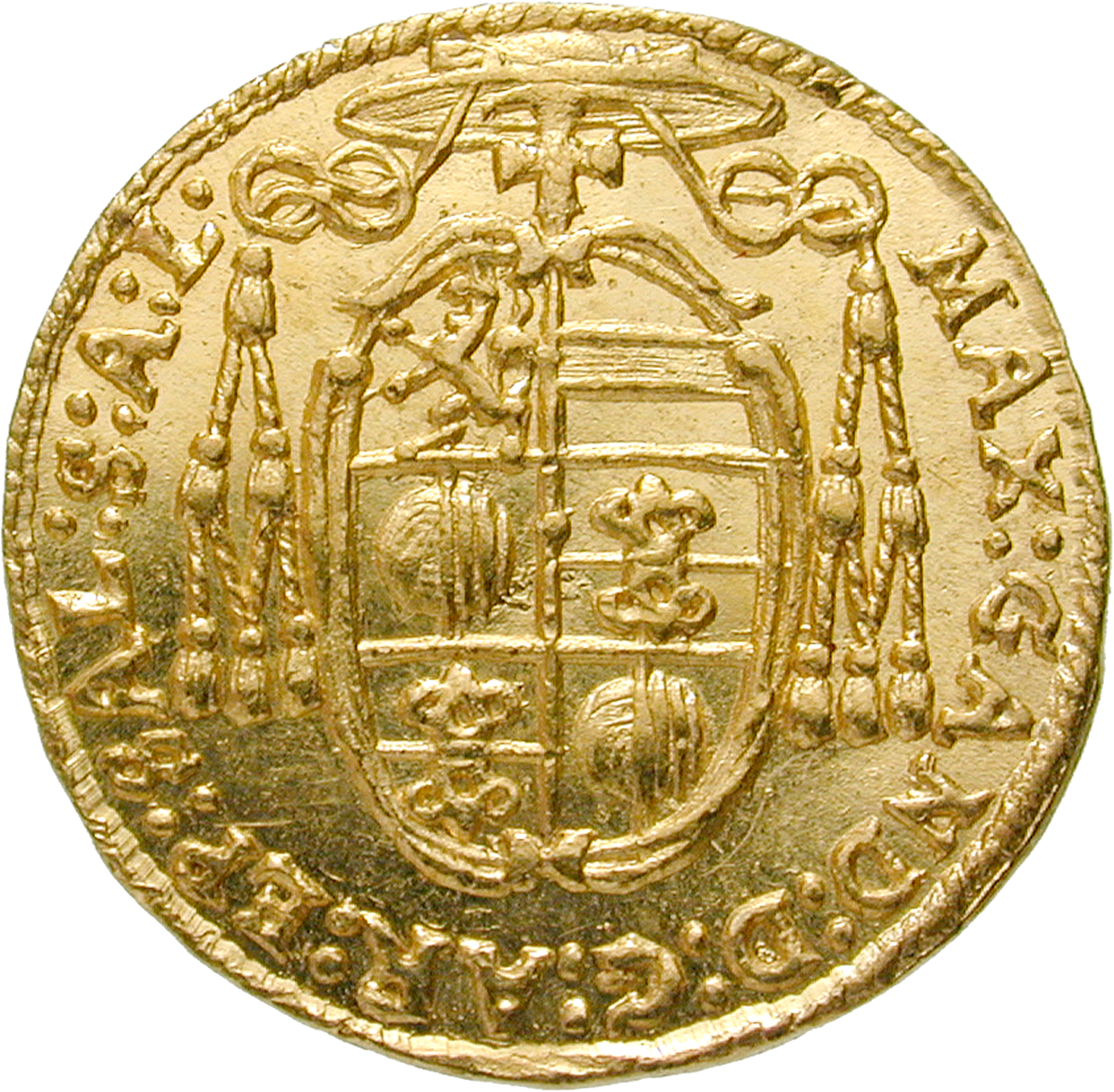 This quarter ducat of Archbishop Max Gandolph of Kuenburg (1668-1687) depicts Salzburg's patron saint Rupert in a precious robe, a barrel of salt on his knee and a bishop's crosier in his hand. The other side of the coin shows the archbishop's family crest under a galero – a large, broad-brimmed and tasseled ecclesiastical hat. Although only cardinals wore the galero, other ecclesiastical dignitaries used it in heraldry as well. The number of tassels (fiocchi) hanging down on each side of the crest indicated the cleric's place in hierarchy. The hat on this coin has six tassels on each side, even though Kuenburg, being an archbishop, would have had the right for two times ten tassels.