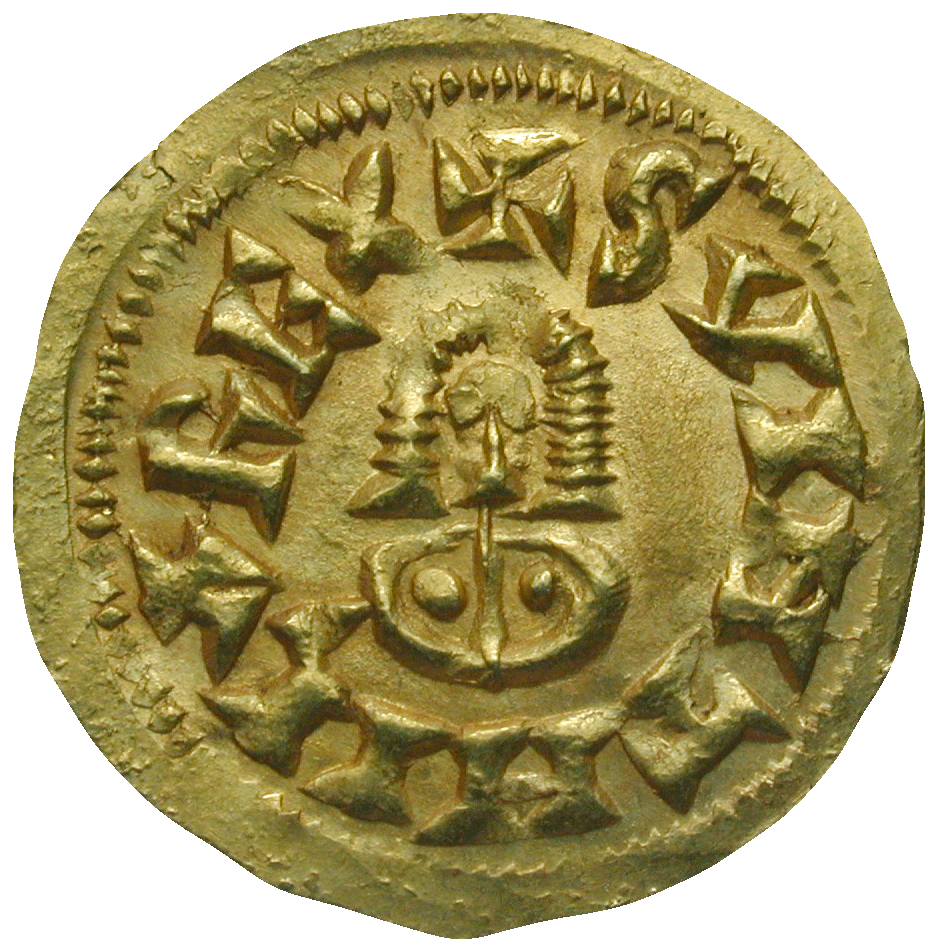 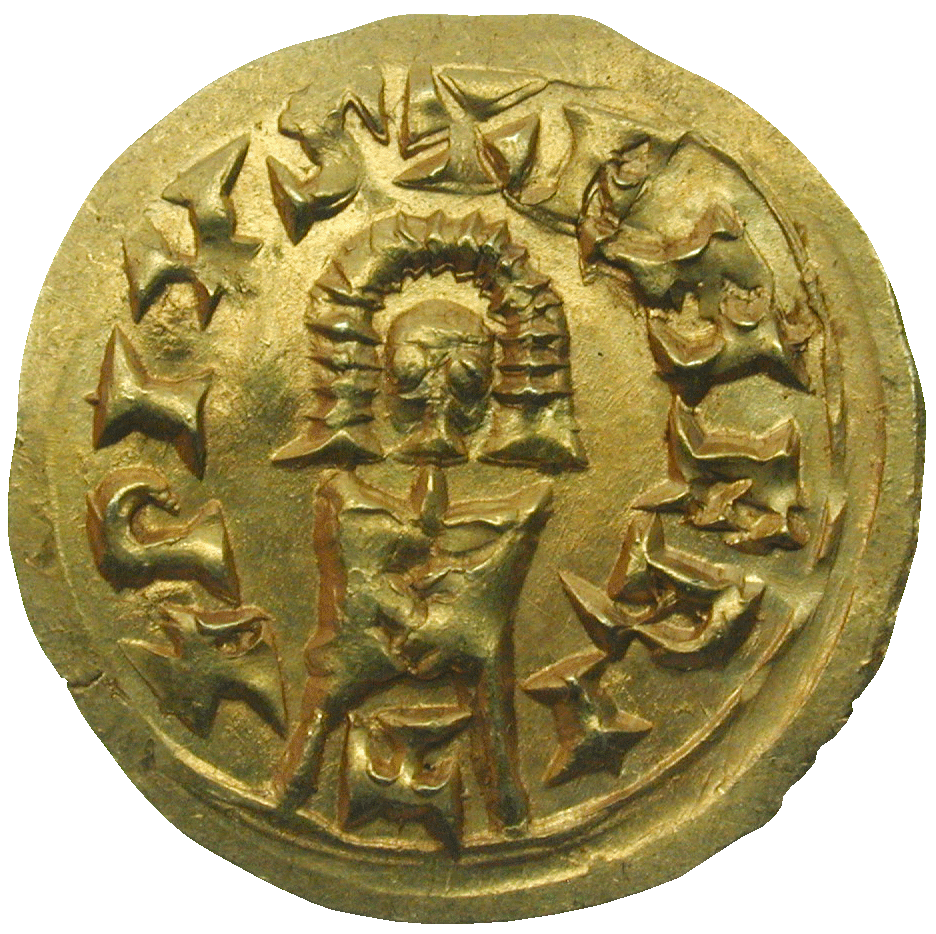 In the 7th century, the authority of the Visigoths in Spain began to crumble. Royalty and nobility were caught up in quarrels, decadence and debauchery soured the atmosphere at court. Accelerated by cabals and complots, usurpations, assassinations, and rebellions, the wastage of kings during that century was great. Hardly a king remained in power for more than ten years. This was also true for Suintila (621-631), the issuer of our coin. Even though Suintila was a very successful ruler – he drove the Byzantines out of their last stronghold in Cartagena and thus brought the entire Iberian Peninsula under Visigoth control – he fell victim to a plot of noblemen: Apparently he had made himself unpopular by anti-aristocratic policy. Suintila was forced to abdicate and replaced by the leader of the dissidents.